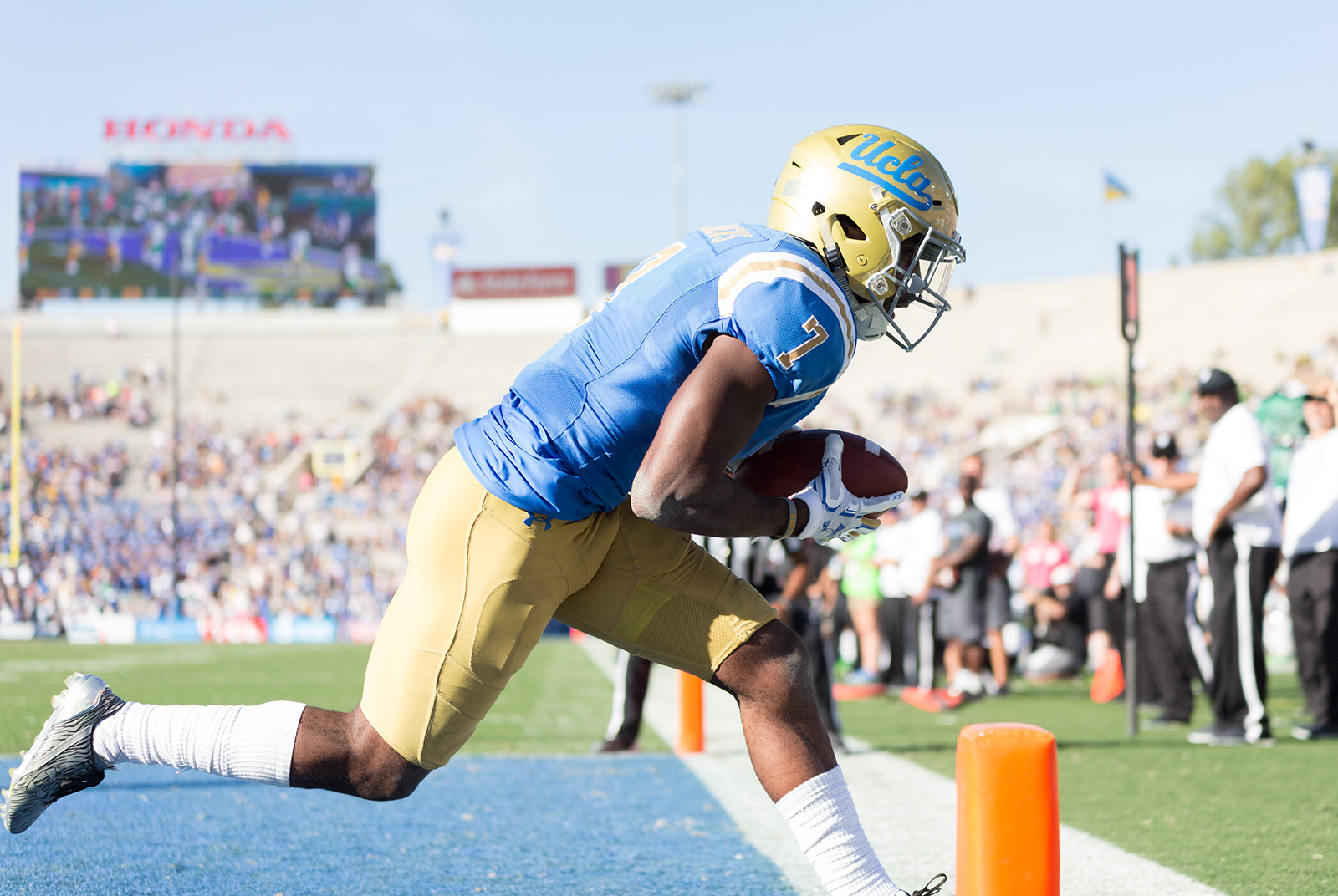 The 2017 football season started with Josh Rosen looking directly into a TV camera and winking with his trademark smirk.

And for many UCLA fans, the campaign ended with TV cameras showing the junior quarterback walking woozily back to the visitors’ locker room at the University of Washington with his left hand wrapped in a towel.

Two weeks into the year, the Bruins were a fringe top-25 football team. But a sudden spate of injuries in the past couple of games – including a concussion that shackled Rosen at home as UCLA traveled to Utah on Oct. 28 – has left coach Jim Mora’s squad short-staffed as it flounders toward the six-win bowl eligibility requirement.

“I’ve never been through anything like this in my 30-some years of coaching,” Mora said after the 48-17 loss to Utah on Friday. “It’s no fun.”

Going into the game against the Utes, four Bruins who were either starters or had extensive starting experience – redshirt senior offensive lineman Kenny Lacy, redshirt sophomore tight end Caleb Wilson, junior linebacker Josh Woods and senior running back Nate Starks – had already been ruled out with season-ending injuries.

That was before the turf at Rice-Eccles Stadium claimed a couple more victims.

Redshirt junior defensive lineman Ainuu Taua, who usually blocks on kick returns, fielded a short kickoff and tore his ACL and MCL as well as dislocating his kneecap after several defenders sandwiched him on the tackle.

The more impactful loss, however, occurred early in the fourth quarter. Redshirt senior wide receiver Darren Andrews – the team’s leader in receptions, receiving yards, receiving touchdowns and all purpose yards – crumpled to the ground without any contact while running an end-around.

It was another torn ACL.

Additionally, redshirt freshman quarterback Devon Modster suffered a nondisplaced fracture in his right thumb after hitting a helmet on a follow-through and sat the entire third quarter against Utah.

“Losing a guy like Darren is just unfortunate,” said sophomore wide receiver Theo Howard. “Losing (Modster) and (Rosen) two weeks in a row is just something we couldn’t have ever seen coming up.”

Lasley, the team’s leader in receiving yards per game, has been suspended the past three games for a disciplinary issue, and it’s uncertain whether he will return this year.

The defensive side isn’t much prettier, especially in the front seven.

Every linebacker who has started a game this year has also missed at least one with an injury.

Sophomore linebacker Lokeni Toailoa suffered an injury against Stanford and has been limited to special teams upon his return. Woods’ replacement, sophomore linebacker Krys Barnes, has a recurring fluid issue in his lungs, which took him off the field in multiple games.

“It’s tough when you can’t breathe during a game,” Mora said. “It’s tough to play.”

Even after shifting redshirt sophomore Keisean Lucier-South from defensive end to linebacker several weeks ago, the depth was so thin that UCLA was forced to play nickel defense for stretches at a time against Utah.

“We got a lot of holes we have to plug,” said defensive coordinator Tom Bradley. “We were coaching guys on the sideline and got limited there in the game with what we could call because different personnel were down.”

With Rosen still churning through the concussion protocol, Modster was expected to step into the starting lineup, but his availability is yet to be determined.

“He could not get his thumb to activate on a football, so he could not play,” Mora said Monday. “Hopefully that swelling subsides and the pain subsides to the point where he can actually grip and throw a football.”

Now the baton falls to redshirt freshman Matt Lynch, who is now UCLA’s potential third starting quarterback in as many games. If both Rosen and Modster are unavailable to return, Lynch will make his first career start after going 2-3 for 11 yards and a touchdown while adding two carries for 15 yards against Utah.