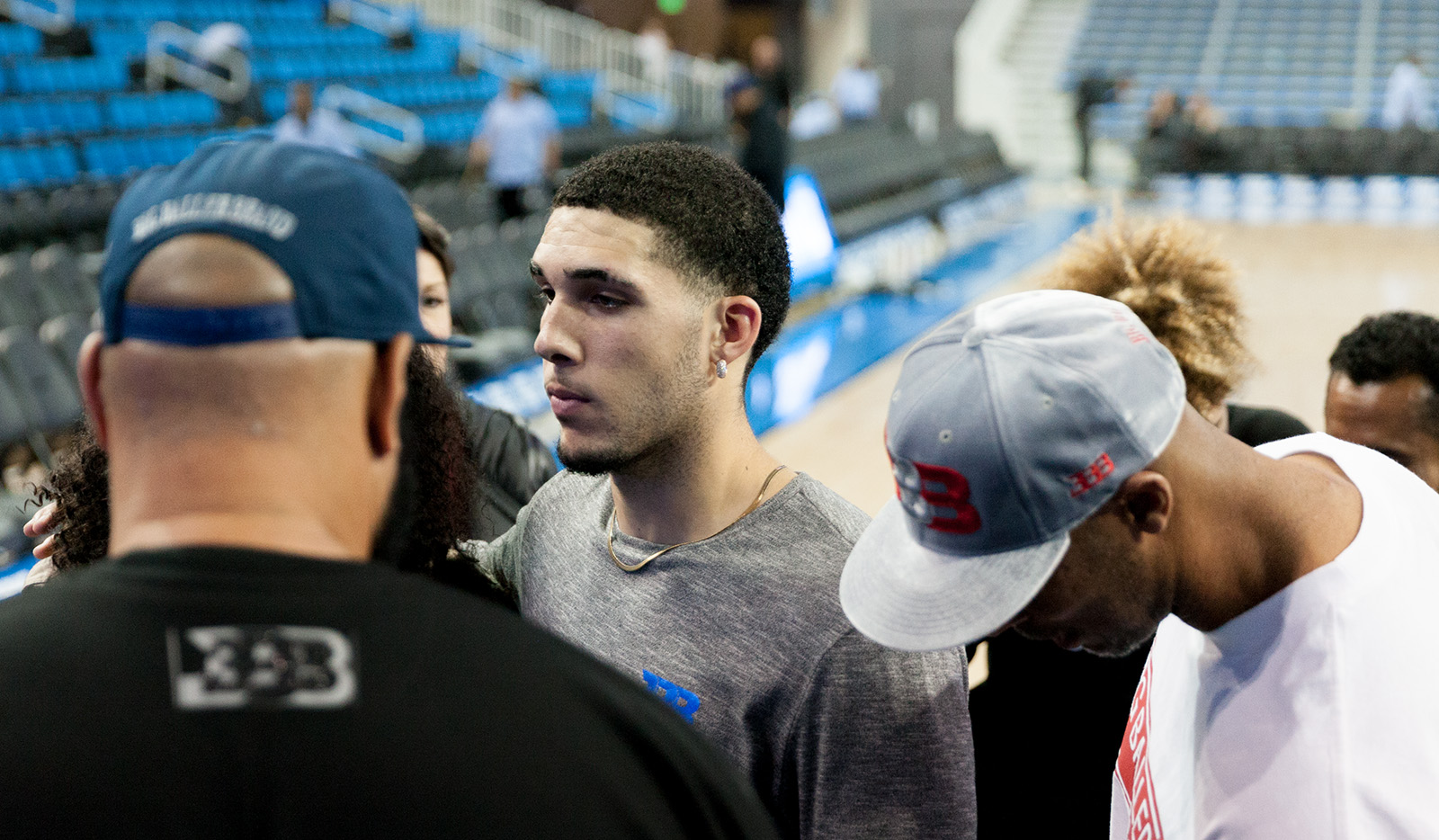 Freshman guard LiAngelo Ball posted 11 points on 4-of-8 shooting in UCLA’s exhibition game Nov. 1. He and two of his teammates were arrested Tuesday on the team’s subsequent trip to China. (Aubrey Yeo/Daily Bruin senior staff)

Correction: The original version of this article incorrectly stated UCLA would play Georgia State in China. In fact, UCLA will play Georgia Tech.

Three UCLA basketball players were arrested Tuesday for shoplifting in China, according to ESPN.

LiAngelo Ball, Cody Riley and Jalen Hill were arrested and are being questioned about stealing from a Louis Vuitton store, reported ESPN college basketball’s Jeff Goodman. The UCLA men’s basketball team, which had been staying in Hangzhou, is set to open its regular season against Georgia Tech in Shanghai on Friday.

The Atlanta Journal-Constitution, which covers Georgia Tech Athletics, reported Tuesday morning that local police were called to the Hangzhou hotel where UCLA and Georgia Tech players were staying to investigate an unknown matter.

Police spoke to multiple players from both teams and inspected bus cargo compartments before arresting Ball, Riley and Hill. One source told Goodman that UCLA players were seen getting into a police vehicle around 1 p.m. local time.

UCLA Athletics said in a statement the university is cooperating with Chinese authorities and did not provide further comment.

The game in China is part of a Pac-12 initiative to expand its outreach internationally. Pac-12 Commissioner Larry Scott said the conference was directing all questions related to the incident to UCLA.

“We are very disappointed by any situation that detracts from the positive student-athlete educational and cultural experience that this week is about,” Scott said in a statement. “Whether in the United States or abroad, we expect our student-athletes to uphold the highest standards. We will continue to closely monitor the situation.”

Lavar Ball, LiAngelo Ball’s father, is currently in Shanghai with other family members for the season-opener. He announced he would hold a press conference but changed his plans when his legal counsel advised him against it.