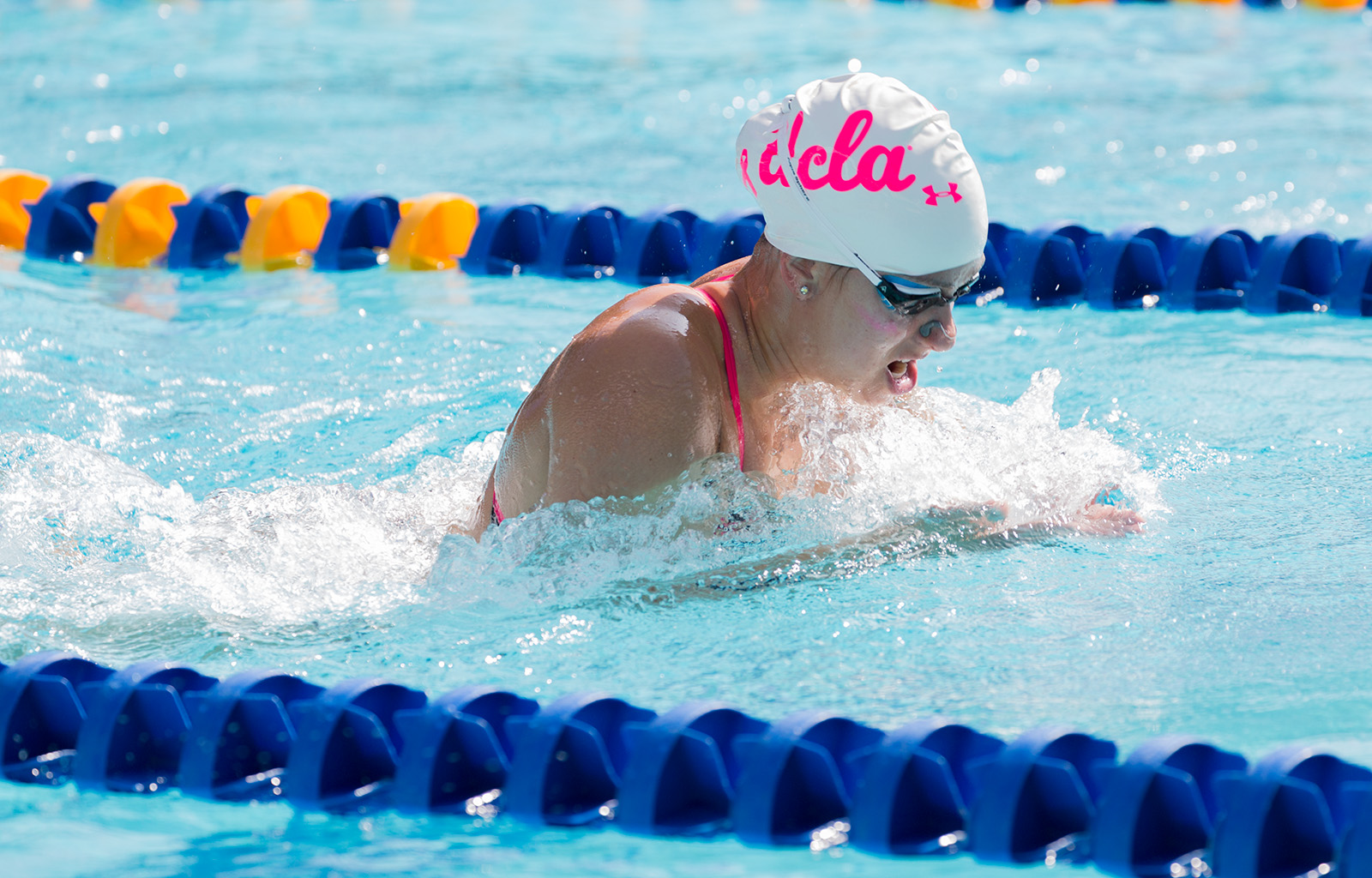 UCLA swim and dive fell to both Arizona and Arizona State this weekend. Coach Cyndi Gallagher said the team still has holes in breaststroke and distance freestyle. (Stella Huang/Daily Bruin)

“We’re a young team and we have some holes,” said coach Cyndi Gallagher. “To win meets, pretty much everybody has to be running on all four cylinders.”

“I made a mistake on one of my dives on the 3-meter, which cost me a lot of points, but I think that in general if I look at it as a bigger picture it was pretty good,” Belanger said. “I think that we can see that the work we’re doing is getting results, and that is going to get more results in the season.”

Senior diver Ciara Monahan also saw success this weekend with second-place finishes in the 1- and 3-meter competitions against the Wildcats.

Senior swimmer Katie Grover competed outside of her usual events to swim against fast sprinters from both the Sun Devils and the Wildcats, Gallagher said.

“(Sophomore swimmer Kenisha Liu and Grover) are there to compete and to do everything and anything they can, and we just had too many people that were off,” Gallagher said. “We gave a full effort. It’s where we’re at: some are good and some aren’t good.”

“I was much happier against Arizona, and we could have easily turned that meet around because it was super close,” Gallagher said. “But against Arizona State, they swam great – they were on fire, they just outswam us.”