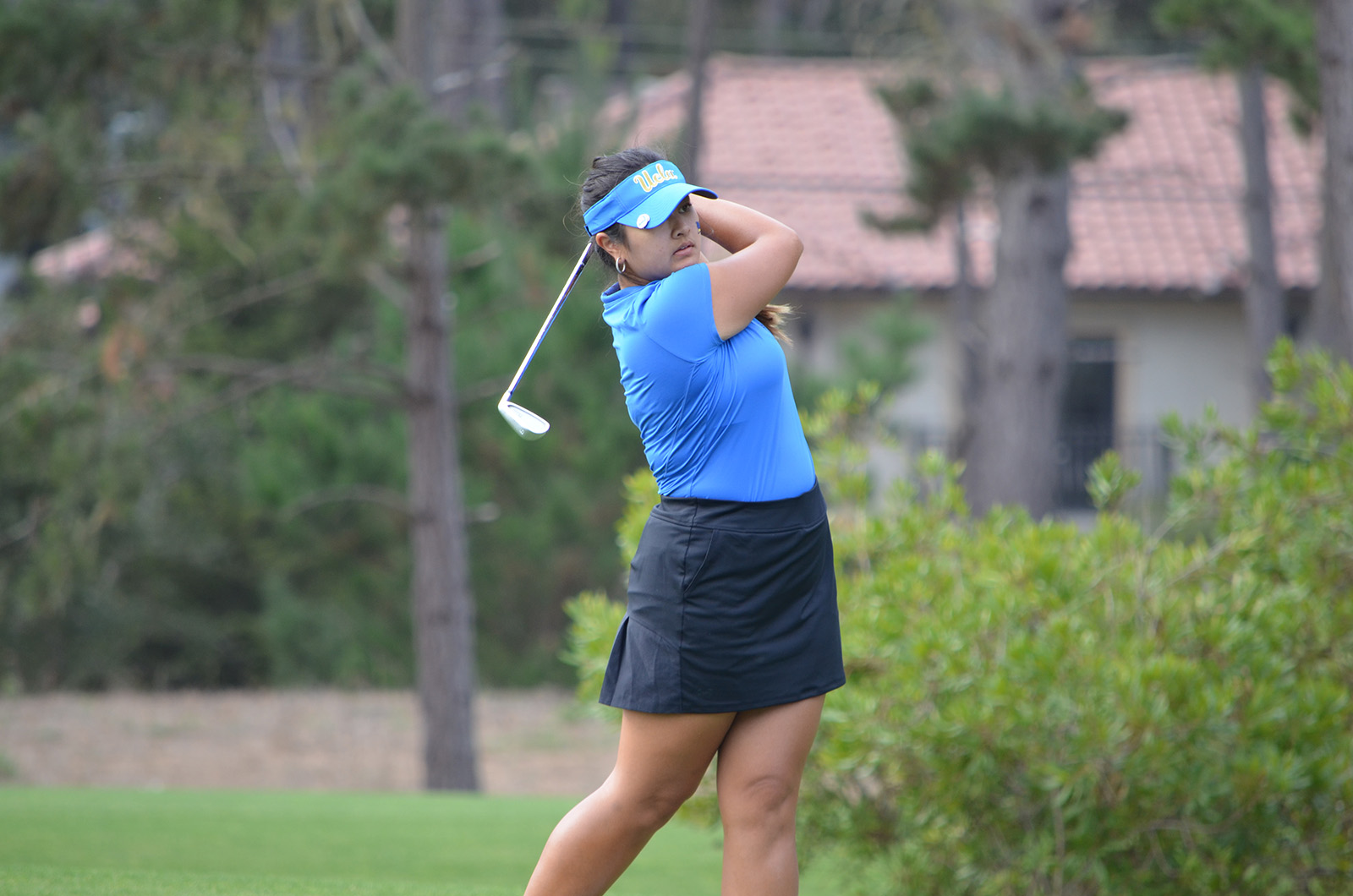 UCLA women’s golf won its third tournament in a row after outlasting Oklahoma in the Battle at the Beach this weekend. Junior Lilia Vu also won her first individual of the season after shooting 8-under-par. (Courtesy of UCLA Athletics)

UCLA shot 12-under-par on day three to surge past second-place Oklahoma, which entered the round leading UCLA by five strokes. Junior Lilia Vu also claimed her first individual victory of the season.

Coach Carrie Forsyth said the course gave teams problems throughout the weekend due to its deceptive appearance.

“The greens were a bit tricky,” said Forsyth. “They looked slow and shaggy, but they were actually fairly fast and there were a lot of slopes and pretty big breaks.”

The Bruins shot 1-under-par in the first two rounds combined, but figured out the course just in time to catapult back into contention. UCLA’s third-round score of 12-under was the best individual round score of any school in the entire tournament by eight strokes.

UCLA was led by Vu, who won the individual tournament after overtaking Wake Forest’s Jennifer Kupcho on the final holes.

Vu shot 2-under-par on days one and two each, and then capped off her weekend by shooting 4-under in the final frame. Following a record-setting sophomore campaign, Vu failed to qualify for the first tournament of her junior season, but worked her way back into form over the course of the final three weeks.

At the Pac-12 Preview in Hawaii last week, Vu was two strokes behind first place when the third round of the tournament was canceled, stripping her of an opportunity to come back.

Junior Beth Wu also got in on the action, tying for sixth after shooting 5-under Sunday, the best individual round of any golfer over the weekend. Wu posted back-to-back rounds at one-over to begin the tournament, but finished at 3-under-par overall.

Sophomore Mariel Galdiano and freshman Patty Tavatanakit each recorded top-20 finishes of their own after shooting even-par and 2-over-par respectively. The 16th place finish by Tavatanakit was her first outside of the top three all season.

UCLA will not compete again until February, but Forsyth believes the team will come back improved.

“Coming back in February, you kind of have to start over in a sense,” said Forsyth. “We have a tremendous amount of talent and excellent players on our team, but the girls have the break, so as long as they give themselves enough time prior to coming back and don’t go on a three-month hiatus, they’ll come back stronger.”

The Bruins recorded three straight first-place finishes after a second-place finish to open the season, and will return to action at the Northrop Grumman Regional Challenge in Palos Verdes Estates, California on Feb. 11.