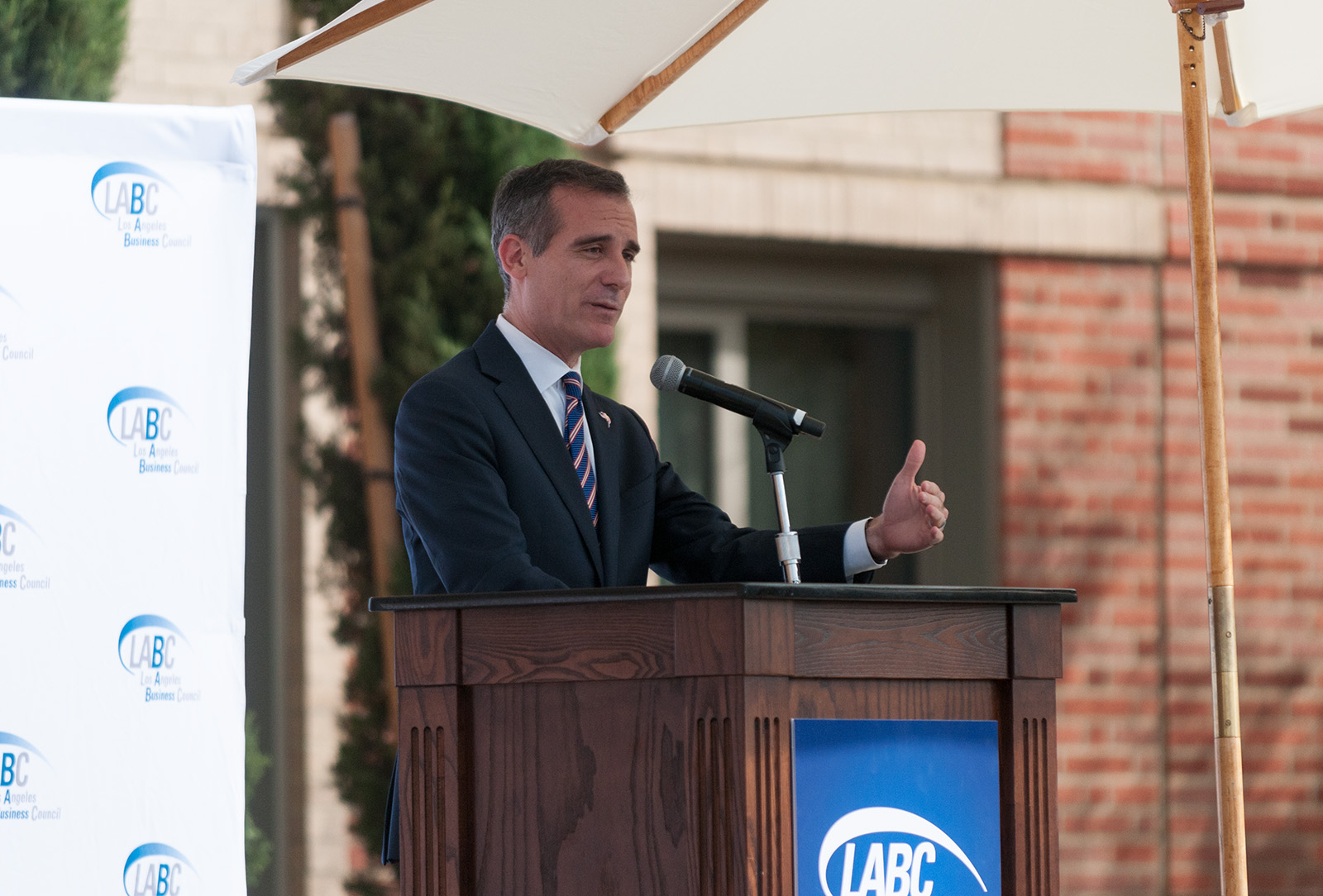 Los Angeles Mayor Eric Garcetti said at an event Friday he pledged to construct more than 100,000 new homes in the city by 2021, but added this is less than 3 percent of what California would need to keep on track with its growing population. (Pinkie Su/Daily Bruin)

Garcetti spoke at the 2017 Mayoral Housing, Transportation and Jobs Summit, where about 100 business owners and representatives listened to Los Angeles officials and business owners talk about ways to create more affordable housing for the city’s growing population and implement more efficient transit systems throughout LA.

The summit, which was hosted by the Los Angeles Business Council, was held at the UCLA Meyer and Renee Luskin Conference Center.

The Los Angeles County population is projected to surpass 11 million in the next 20 years, said David Nahai, an LABC board member. He added he thinks this will lead to a housing crisis as the population outgrows the number of available housing units in the county.

Brad Cox, senior managing partner at the Trammell Crow Company, a commercial real estate developer, said he thinks the city should reduce the amount of parking in LA County and use that space to build additional housing in areas close to public transportation.

“If you densify 4 percent of the city around our transit, you can solve our housing problems,” Cox said.

He added he thinks the county should rezone primarily low-density, single-family housing into more affordable housing units. Currently, 28 percent of housing sites around transit hubs use less than 50 percent of their zoned capacity. Over time, these sites can be rebuilt to include efficient affordable housing, Cox said.

Phillip Washington, the CEO of the LA County Metropolitan Transportation Agency, said he wants to improve the county bus system’s security, quality and reliability. He added he thinks the system is essential for the lower-income individuals who rely on buses to get around the city.

“We must do things differently, lest we die,” Washington said.

In 2013, Garcetti pledged Los Angeles would construct more than 100,000 new homes by 2021. However, at the event, he said he thinks this is less than 3 percent of what California would need to keep on track with its growing population.

“We want your bids, and we have your money,” he said.