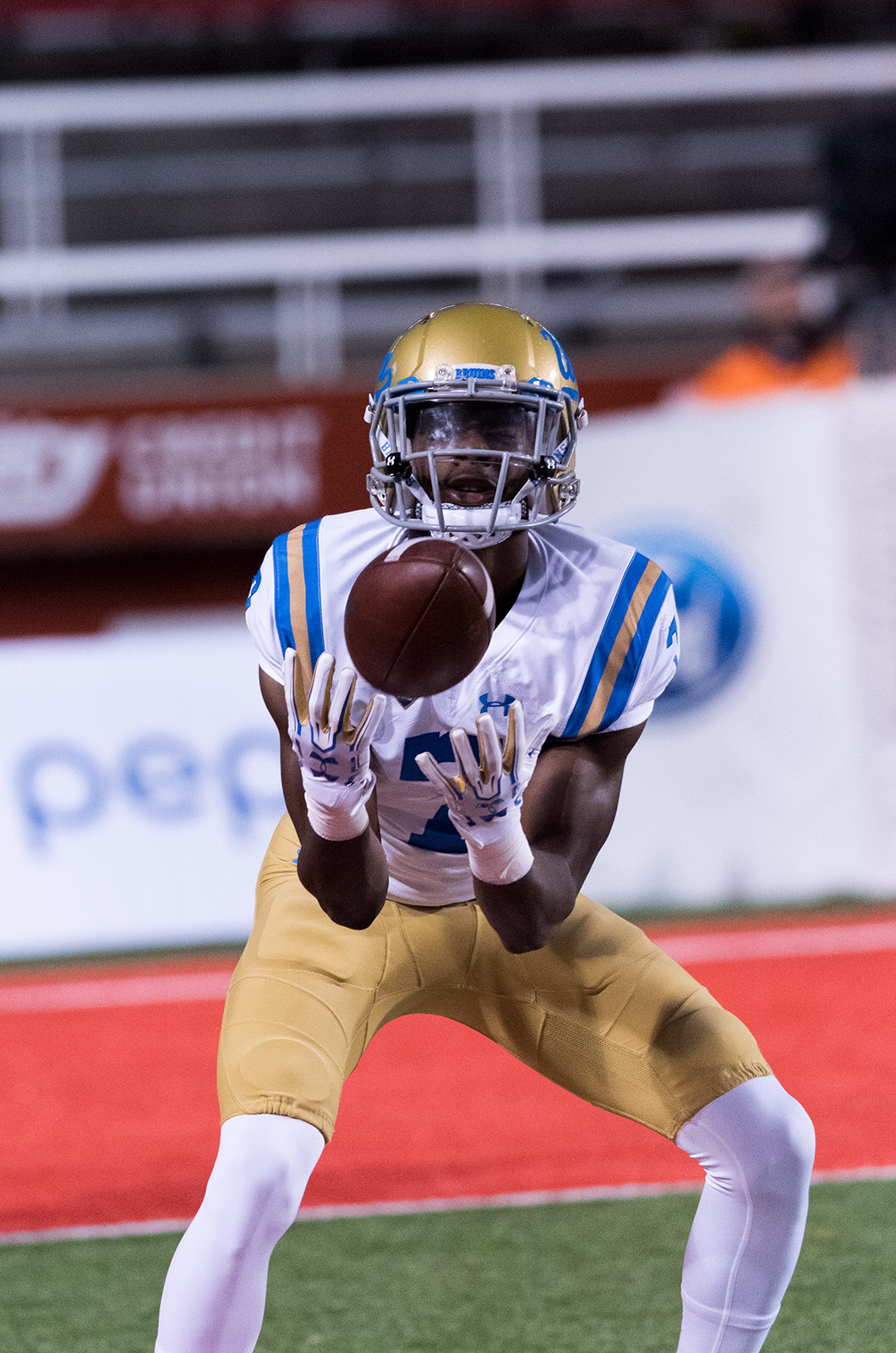 UCLA wrote another chapter of its Jekyll-and-Hyde season Friday.

Utah entered the second half with a seven-point lead, but quickly doubled that on the first play from scrimmage. Utah running back Troy McCormick Jr. ran a wheel route, and UCLA’s senior safety Jaleel Wadood ran into his own teammate, leaving McCormick Jr. without a defender within 20 yards of him as he ran downfield for a 75-yard touchdown catch.

“I thought the first series of the second half would be very important to us,” said defensive coordinator Tom Bradley. “(The touchdown) hurt us right off the get-go, and it puts you back on your heels a little bit when that happens.”

The Utes poured on two more touchdowns in the third quarter, and their defense held the Bruins to four consecutive 3-and-outs and only 19 yards in the period.

Redshirt freshman quarterback Devon Modster, replacing junior Josh Rosen in the lineup, completed his first seven passes for 101 yards in his starting debut. He threaded a pinpoint touchdown throw to redshirt senior receiver Darren Andrews on UCLA’s final offensive play in the first half, but only completed one of his next five passes for 2 yards.

“He was doing great, I think, really controlling the game, making some great throws and decisions,” said sophomore receiver Theo Howard. “He did really good in the first half.”

Redshirt freshman quarterback Matt Lynch replaced Modster to start the fourth quarter and led a touchdown drive in his first possession. Lynch finished 2-of-3 for 11 yards and a touchdown to redshirt senior receiver Eldridge Massington.

Junior running back Bolu Olorunfunmi had eight carries for 50 yards in the first half, but only had 11 yards on seven carries following halftime as the Bruins fought to close the deficit. UCLA finished with only 249 yards – more than 200 below its season average – with just 70 coming in the second half.

On the other hand, Utah running back Zack Moss gashed UCLA for 153 yards on 23 carries and two touchdowns, and quarterback Tyler Huntley completed 15-of-22 passes for 234 yards and four touchdowns.

Rosen didn’t travel with the team to Utah because of a concussion, and UCLA lost Andrews, its leading receiver, to a noncontact injury to his right knee in the fourth quarter.

If Andrews is out an extended amount of time, the Bruins could potentially be without their three leading receivers for the foreseeable future – redshirt sophomore tight end Caleb Wilson is out for the rest of the year with a Lisfranc injury, and redshirt junior receiver Jordan Lasley’s status is unknown after he was suspended for the previous three games because of disciplinary issues.