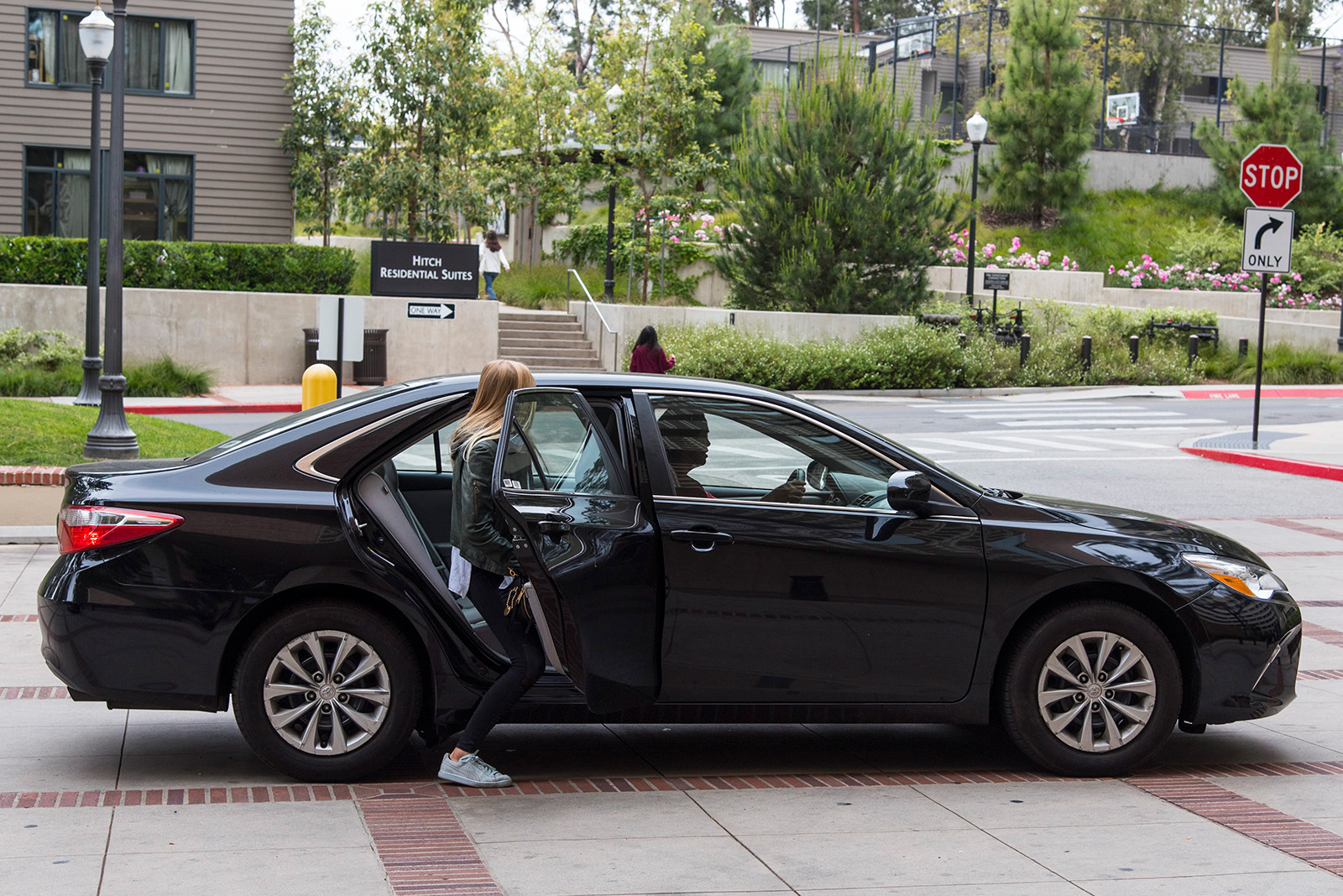 Uber and Lyft users have had to go to designated zones on campus to request rides since the beginning of fall quarter. The zones, which are supposed to last only from 7 a.m. to 6 p.m., have been continuing beyond these hours for some students. (Daily Bruin file photo)

Some students said they have had difficulties using Uber or Lyft in campus ride-hailing zones.

Uber and Lyft users have had to go to designated zones on campus to request rides since the beginning of fall quarter. Some students reported having issues requesting a ride on campus in the evening, when the zones are not supposed to be in effect, said Zahra Hajee, undergraduate student government facilities commissioner.

The ride-hailing zones are supposed to last from 7 a.m. to 6 p.m. on weekdays, said David Karwaski, senior associate director of UCLA Transportation. After 6 p.m. on weekdays and at any time on weekends, students are allowed to call an Uber or Lyft from any location on campus.

However, Uber required students to select a pickup location after 6 p.m. when the zones were first created, said Renee Fortier, executive director of UCLA Events and Transportation. Karwaski added Lyft initially had issues implementing the time frame, but quickly resolved the issue.

Karwaski said Uber did not have the capability to automatically disable required ride-hailing zones within its app interface after 6 p.m. He added Lyft kept the ride-hailing zones open until 10 p.m. for about a week before fixing the app.

Karwaski said Uber announced Wednesday it would start manually disabling and enabling the zones until it can program an automatic system.

Uber’s designated pickup zones will now be live on campus from 7 a.m. to 6 p.m. only, said an Uber spokesperson in an email.

Karwaski said UCLA Transportation worked out details about the program over the summer, but did not decide to incorporate the time-frame aspect of the ride-hailing zones until a few weeks before the zones went into effect. He added he thinks both Uber and Lyft had enough time to correctly implement the time frame.

Hajee said she still thinks UCLA Transportation should not have created the ride-hailing zones without confirming that both apps were capable of operating during only select hours.

“They implemented this program without really doing their research,” she said.

Karwaski said UCLA Transportation thought both Uber and Lyft would be capable of operating ride-hailing zones during only a specific time frame because both companies were able to limit ride-hailing to six pickup and drop-off zones around campus during commencement weekend in June.

Some students said the pickup zones sometimes did not work properly when they tried requesting rides.

Crystal Lee, a first-year theater student, said she thinks ride-share apps can be difficult to navigate with the specific zones. She added the apps sometimes do not let her select a pickup location.

Bonnie Cheng, a first-year psychology student, said she was still required to select a location past the program’s hours at some places on campus. She added she thinks the ride-hailing zones can be inconsistent on ride-share apps.