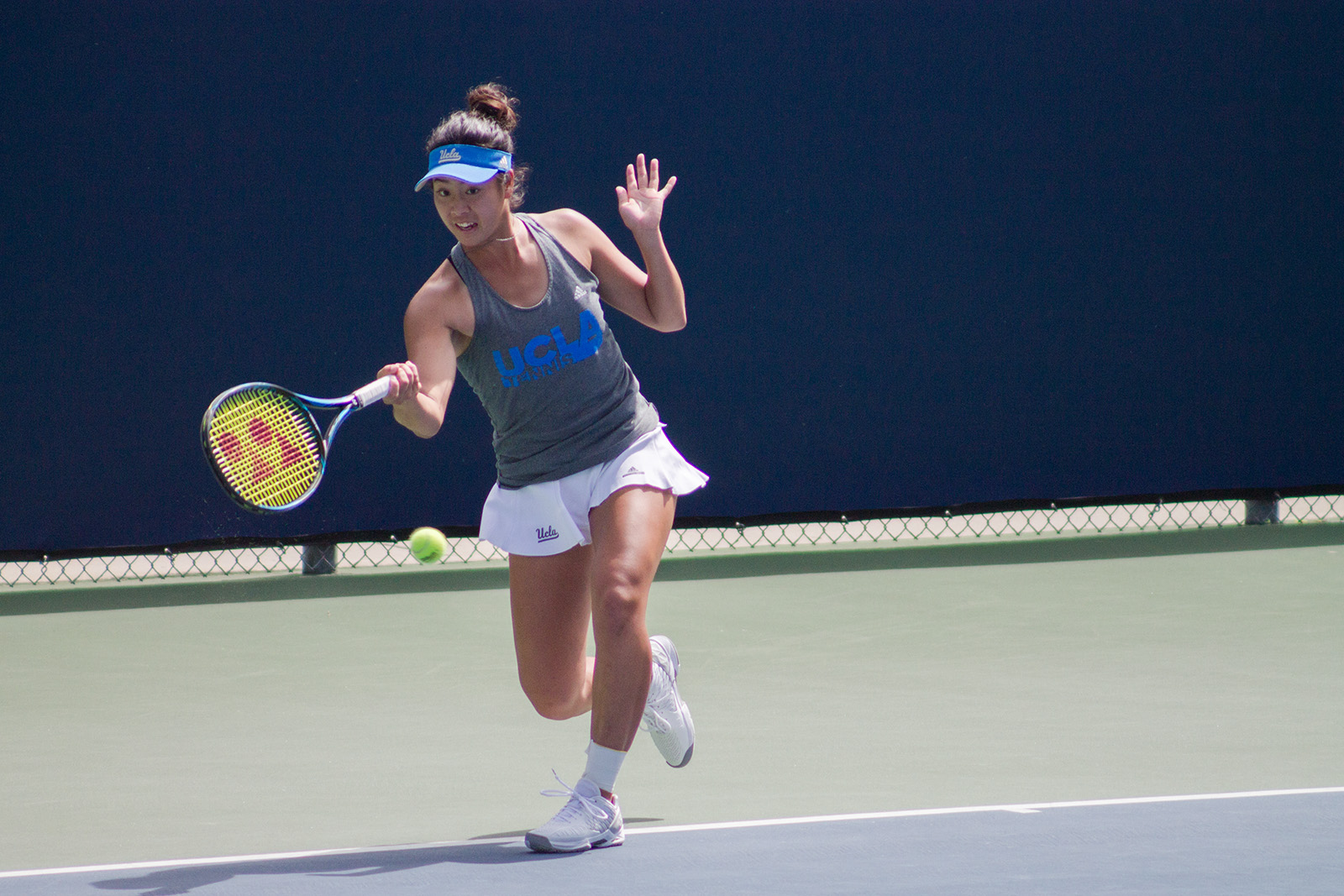 The UCLA women’s tennis team will head off to separate destinations to conclude its fall schedule.

The weekend tournaments will be the last time the Bruins will take the court before the regular season begins.

The two highest ranked players on the team, No. 1 sophomore Ena Shibahara and No. 52 junior Ayan Broomfield, were selected to participate at the singles component of the Oracle Intercollegiate Tennis Association National Fall Championships taking place in Palm Desert, California.

Andrews and Hart will kick off the tournament facing the second-seeded pair of seniors from Texas Tech University – Sarah Dvorak and Sabrina Federici. Broomfield will play sixth-seeded Katarina Jokic from University of Georgia. Fourth-seeded Shibahara will compete against Aleksandra Zenovka from Texas Christian University.

Five other Bruins will spend the weekend at the Jack Kramer Club Invitational in Rolling Hills Estates, California.

No. 82 senior Terri Fleming, who previously won the doubles title at the Cal Nike Invitational, is sporting a 6-1 record to begin the year.

“I’ve been playing well this fall,” Fleming said. “Just trying to use the positive vibes and carry them over to the last tournament.”

Fleming’s doubles partner in the tournament, freshman Abi Altick, has a similarly promising start to her debut collegiate season, going 5-2.

“In singles, I’m working on my serve and mixing up the pace with variations like slices and dropshots,” Altick said. “In doubles, I’m working on being more aggressive at the net and setting up (Fleming) because she has amazing volleys.”

Altick and Fleming made it to the quarterfinals of the Cal Nike Invitational doubles competition before falling to Cal’s freshman duo of Anna Bright and Vivian Glozman in early October.

Junior Alaina Miller will be playing with doubles partner freshman Sophie Bendetti for the first time at the Jack Kramer Club Invitational.

“(Bendetti) has an amazing serve and is really good at the net,” Miller said. “I’m focusing on being solid and setting her up to finish the points nicely.”