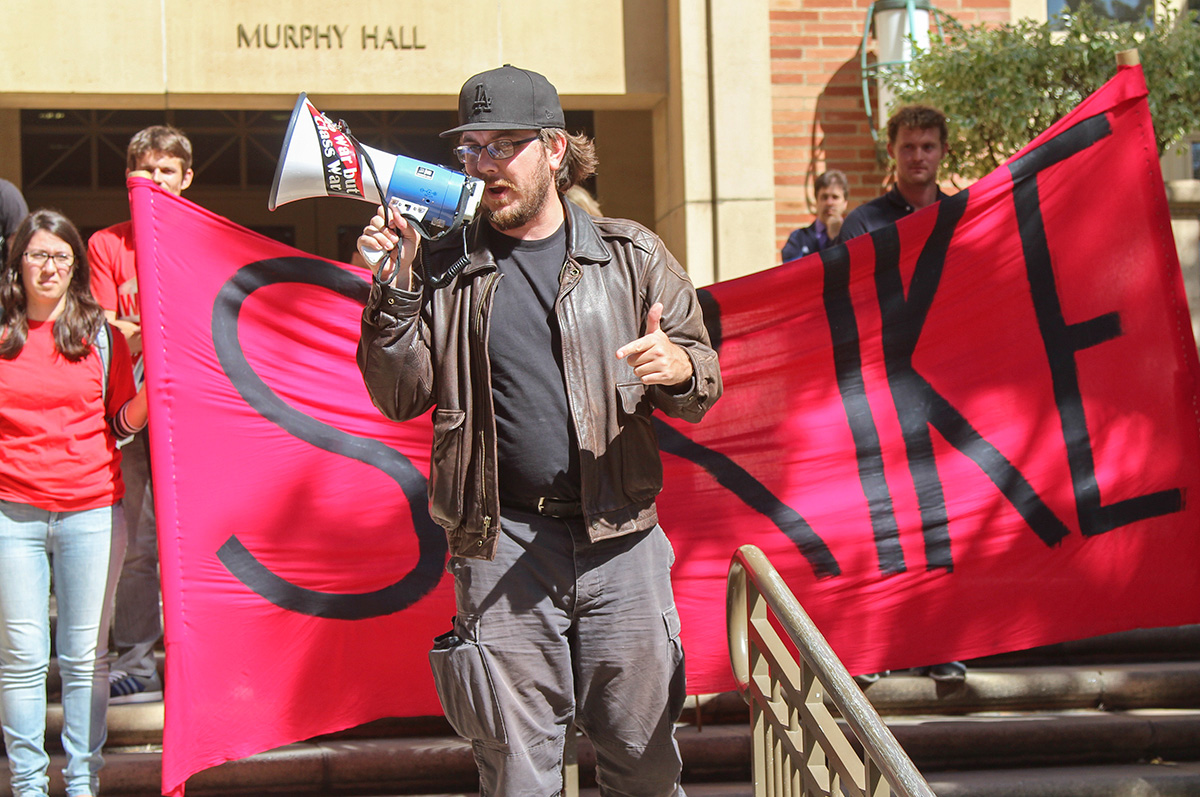 Graduate student researchers may decide to unionize because of a new law that classifies them as employees of the University of California.

Gov. Jerry Brown signed Senate Bill 201 into law earlier this month, which gives GSRs the opportunity to collectively bargain labor issues, such as the pay they receive to conduct research. Classifying GSRs as employees also gives them protections under the labor code to negotiate work conditions, parking and other employee rights.

Koch said since labs get different amounts of funding, researchers working under a PI with a lot of money from grants may have flexible hours and a light workload, while researchers in a lab that is not as well funded may have to work longer hours.

Koch said he thinks a good union contract would somewhat standardize researchers’ hours and workload because researchers would be protected under labor laws. He added it would also supplement GSR wages with money from the UC instead of putting pressure on PIs to pay GSRs.

UC spokesperson Stephanie Beechem said in an email the University is committed to providing competitive salaries to GSRs and enhancing graduate education.

GSA president Michael Skiles said the association will be collecting signatures to gather support for GSR unionization. In order for GSRs to unionize, 70 percent of UCLA graduate researchers need to sign the unionization card.

Skiles said he thinks unionizing would allow GSRs to collectively bargain for pay increases and reasonable working hours. In addition, UAW 2865 has a dedicated labor lawyer that represents TAs during contract agreement disputes or when they face disciplinary action.

“While we would encourage graduate students to join any union, we think UAW – in virtue of already being here (and) already understanding the administrative hierarchy – is our natural partner,” he said.

Skiles added the GSA plans to work with UAW 2865 to make more graduate students aware of their right to unionize.

“We can all collectively discuss what unions have to offer our students, and students can make an informed decision,” he said. “We’ll make sure students are aware of the opportunity to sign unionization cards.”