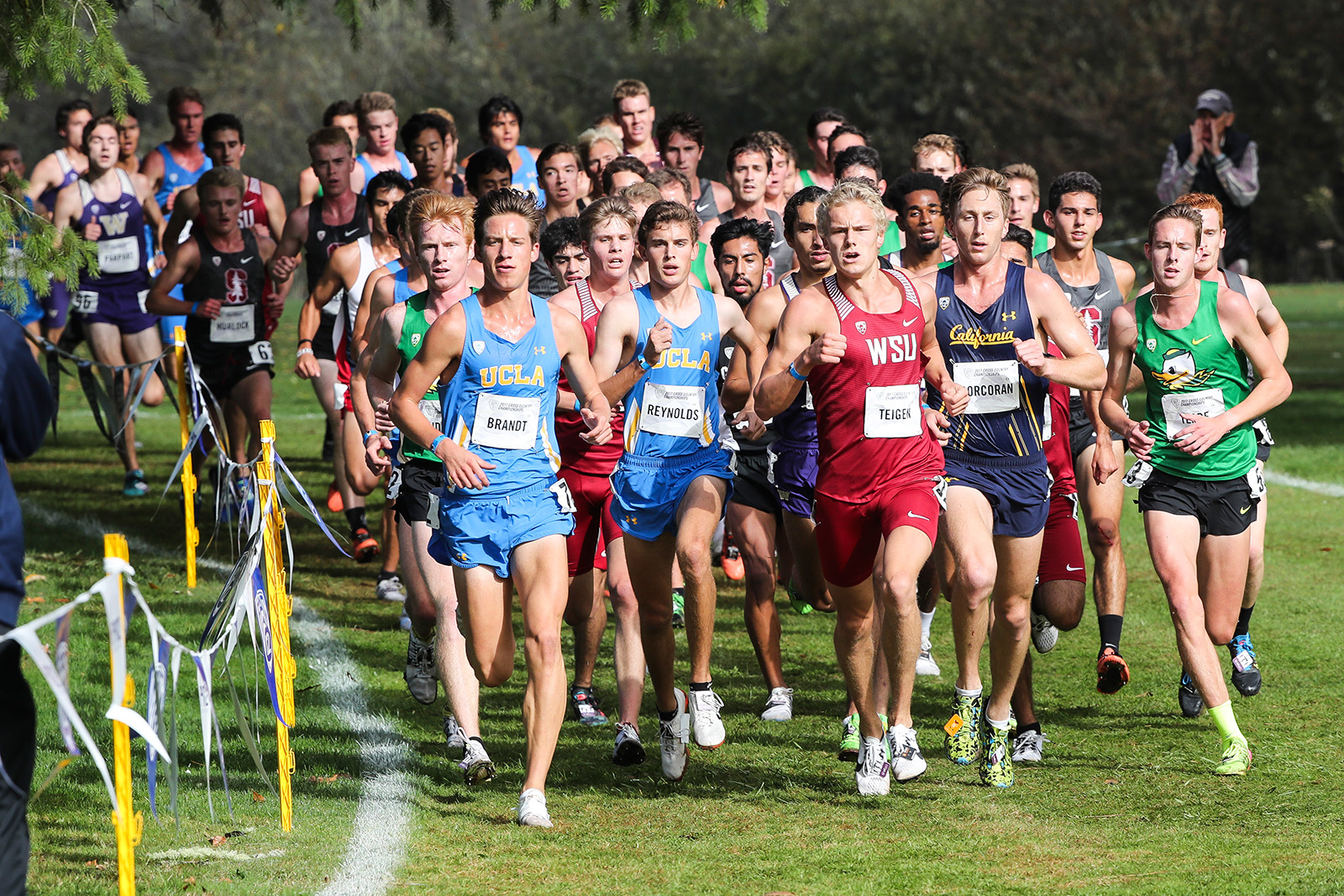 UCLA cross country competed in its first postseason meet of the year this weekend – the Pac-12 Championships. The men were lead by the upperclassmen and their collective experience, and the women were lead by freshman Erika Adler. (Courtesy of Eric Evans Photography)

“You’re very familiar with everybody at (conference meets) so there’s a little bit more on the line,” Elizondo said. “We talked about … taking our chances and getting ourselves a top three finish.”

The Bruins would place third – tying their result from last year and beating all other entrants except for Colorado and Stanford.

Leading the way for the men was junior Robert Brandt and sophomore Garrett Reynolds. They ran the 8K course in 23:55.9 and 24:08.3, placing 6th and 14th, respectively.

“This is just a stepping stone towards the greater goal of qualifying for Nationals and being one of those teams being talked about on the national level,” Elizondo said.

Redshirt junior Jackson Marshall and redshirt senior Myles Smith were next across the line for the Bruins, finishing in 23rd and 26th overall.

Elizondo said that the experience of Brandt and Marshall was a big factor in pushing the younger athletes towards higher finishing places and securing a repeat third-place finish.

The women, however, did not repeat their seventh-place finish from last year.

This year the women went home with eighth overall.

The Bruins sent 11 underclassmen to race on the women’s side.

Assistant coach Jennifer DeRego said that in conjunction with the loss of some of the team’s fastest women – like then-sophomore Julia Rizk – is responsible for the team’s low overall finish.

“We had a super young crew,” DeRego said. “Adding up all the experience of all the girls – it wasn’t very much. But what I do know is that kind of race will really help them in the coming years.”

At the front of the pack for the women was freshman Erika Adler who took home 22nd place running the 6K course in 19:31.5.

“When I talked to (Adler) earlier in the year when I first got here … her very words to me were, ‘Coach, I want to be a program changer.’ and she’s living up to that,” DeRego said. “Typically a freshman like that would not have to forge her way like this. … But she’s being doing in on her own and that’s a lot for a freshman.”

Another Bruin would not cross the finish line until more than half a minute later when sophomore Cassandra Durgy came in 41st place with a time of 20:07.9.

Other finishers for the women include sophomore Claire Markey, freshman Christina Rice and freshman Kira Loren who came in 47th, 49th and 62nd overall.

UCLA cross country will have two weeks to prepare for the West Regional Championships in Seattle.