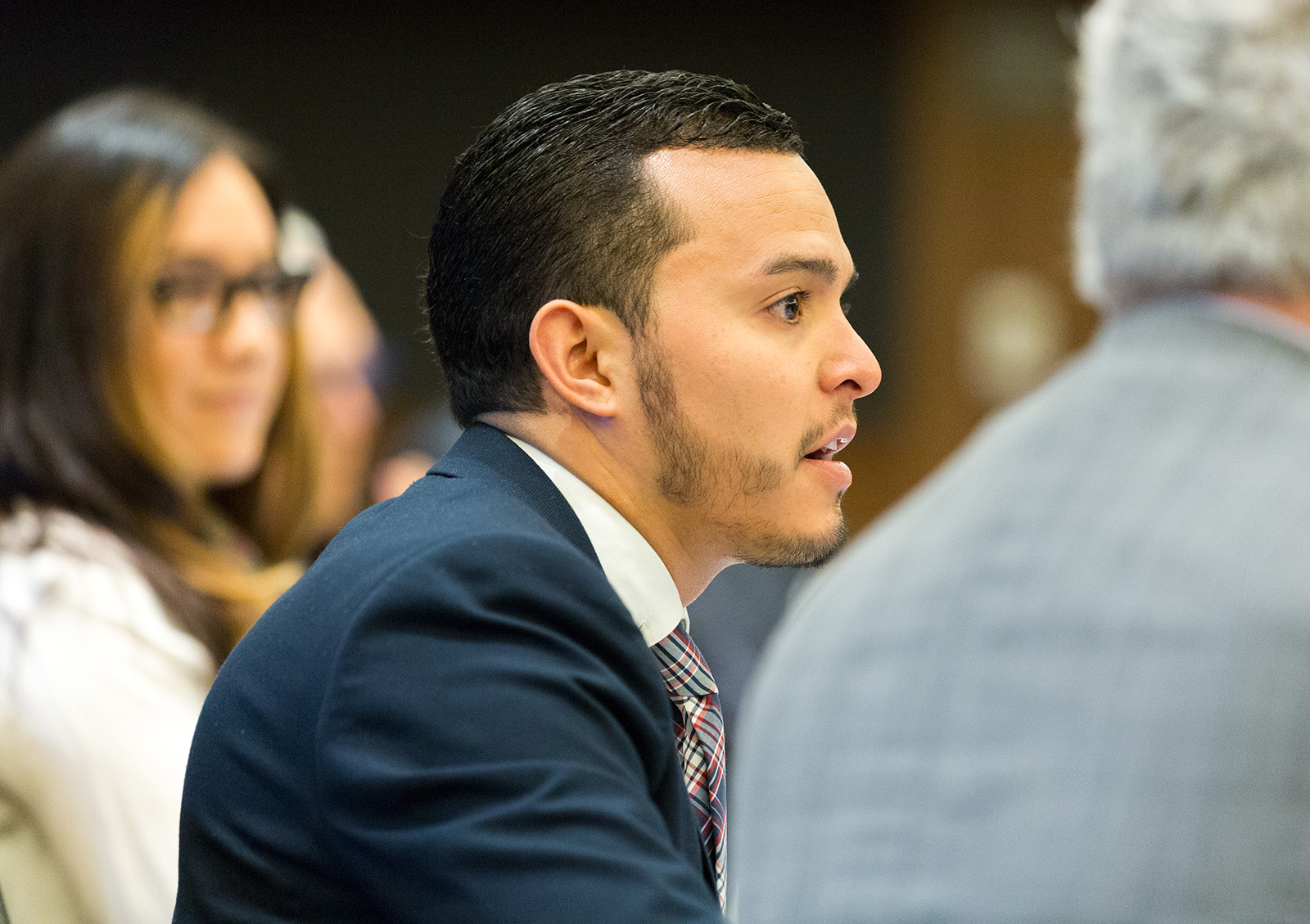 The California Secretary of State and the UC signed a memorandum last year to increase voter registration and turnout. Student regent Paul Monge said student groups are working with the university to implement the recommendations by the 2018 congressional elections. (Daily Bruin file photo)

The University of California student leaders are working with campuses to make it easier for students to register to vote by creating online voter registration portals and centralizing polling stations on campus.

The California Secretary of State and the UC signed a memorandum last year committing to take steps to increase voter registration and turnout, including sending emails and social media messages to remind students to vote, installing software that prepopulates online voter registration forms with students’ information and identifying at least one office on each campus responsible for student voter engagement efforts.

UC Student Advisor Rafi Sands said he is working with UCLA to make registering to vote semi-automatic by providing students with a voter registration page on their MyUCLA account that has most of their personal information pre-inputted. This model could be implemented systemwide as part of the memorandum’s recommendations, said Devon Graves, UC student regent-designate.

Sands said he thinks the changes recommended by the memorandum are not feasible systemwide because every UC has a different portal system. He added he thinks it is easier for individual campuses to implement the recommendations.

“Other students don’t use the same platforms we do,” he said. “Saying at a high-up level that we should develop the system is a great step, but it takes a tremendous amount of navigation and bureaucratic expertise to actually put this into action.”

He added he and other student groups are working to make Ackerman Grand Ballroom a centralized voting place for everyone who was registered to vote on the Hill or at a UCLA campus address.

“Voting on the Hill has been overly complicated with the number of polling sites,” he said. “If students show up to the wrong polling sites, there is no record of them in the system, so they cannot even be directed to the correct ones.”

Graves said he hopes other campuses will follow the steps UCLA has taken to increase voter registration.

“While there are certain things that will be specific to each campus, as no other college will have our particular MyUCLA portal, we are hoping to serve as an example for other campuses,” he said.

“With the 2018 elections coming up, we want to have strong systems in place and we should have confidence in people getting registered and engaged,” he said. “This is an important piece of a much bigger picture.”