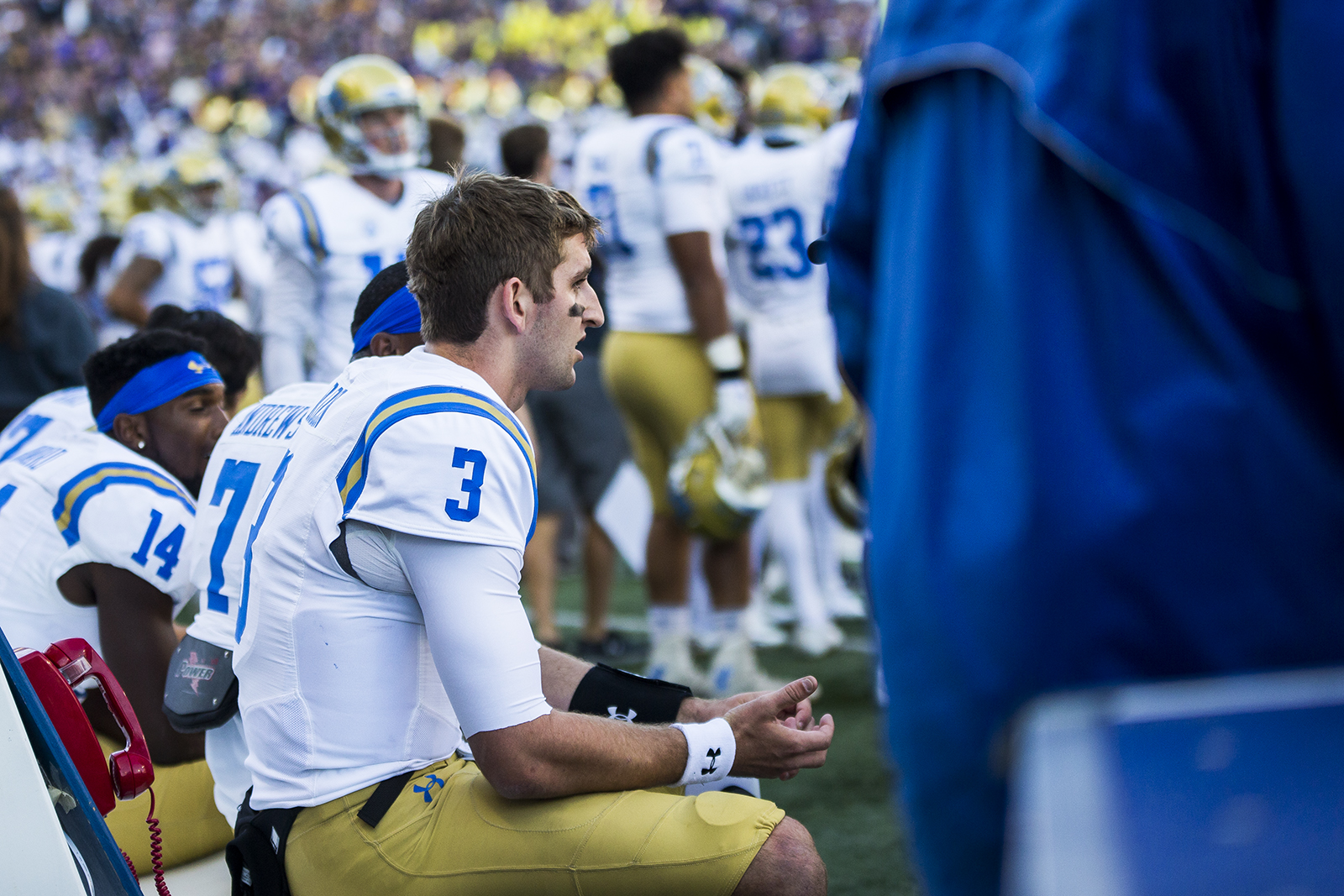 Junior quarterback Josh Rosen was 12-of-21 for 93 yards before leaving Saturday’s game at Washington with an injury. (Kristie-Valerie Hoang/Assistant Photo editor)

Junior quarterback Josh Rosen left UCLA’s game at Washington on Saturday afternoon midway through the third quarter with an undisclosed injury. The Bruins were trailing 27-9 at the time.

Television cameras showed Rosen on the sideline, a trainer holding a cloth up to the quarterback’s finger to soak up blood. Moments later, Rosen would head to the locker room, his walk seemingly hampered by pain in his legs. He returned to the sideline in the fourth quarter, wearing sweats instead of his uniform.

“He took some hits and he’s beat up. It’s multiple things going on,” said coach Jim Mora. “Our doctors, who are in my opinion the best in the country – our medical staff is amazing at UCLA as everybody knows. We felt it was best to keep him out and I respect that and I trust them and I think it was the right decision.”

Rosen threw for 93 yards and a touchdown on 12-of-21 passing before exiting the game. He was sacked four times, all in the first half.

Rosen entered Saturday’s game averaging 374.3 passing yards per game on the season, the second-highest mark in the nation.

Quarterback Devon Modster replaced Rosen on the field. The redshirt freshman finished the game 7-of-12 with 77 yards and a touchdown pass.