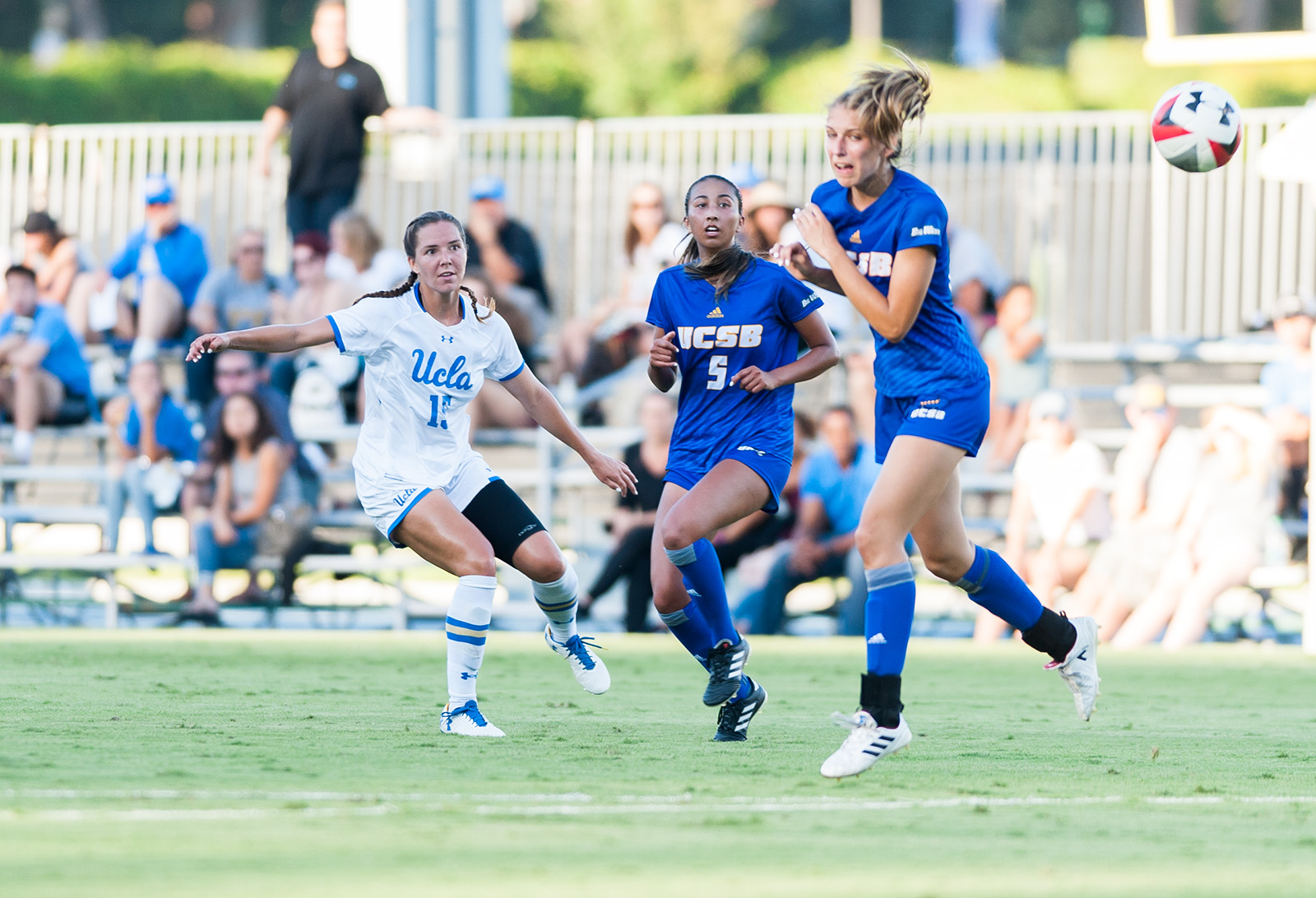 The game was decided in two attacking moves.

At one end, UCLA women’s soccer won the ball in the center of the park. Freshman midfielder Viviana Villacorta took a touch and sent a through ball that beat the Stanford defense and junior forward Hailie Mace ran onto it.

Mace saw the goalkeeper off her line and went for the spectacular, looping the ball over the top. It hit the underside of the crossbar and appeared to land behind the goal line, but play continued.

The Cardinal broke on the counter, quickly winning a corner kick. The Bruins failed to clear the ensuing ball into the box and midfielder Jordan DiBiasi poked the ball past sophomore goalkeeper Teagan Micah from close range.

Much of the focus will be on Mace’s nongoal.

“It was in,” said coach Amanda Cromwell. “The announcers were saying afterward that it was a goal.”

The back-and-forth movement that led to Stanford’s goal was a microcosm of the concepts UCLA has been focusing on lately.

The Bruins fashioned the opportunity by following two key points in their game plan – pressing the Cardinal defenders into turnovers and getting the ball in behind to the forwards.

“Our game plan was to press them hard and find the slip ball through because that was open,” said senior defender MacKenzie Cerda. “Their tracking of runners wasn’t that great, so we could have gotten in behind more.”

That was an example of everything working according to UCLA’s plan.

The Cardinal goal, on the other hand, was an example of everything not working for the Bruins.

Set piece defense has been a top concern for UCLA in recent weeks. After not giving up a set piece goal for the first 13 games of the season, the Bruins have given up three in the last four games.

They lost two of those four games.

“That’s just horrible,” Cromwell said. “You can’t win championships and give up goals off set pieces.”

The decisive moments happened halfway through the first half, but UCLA had opportunities to tie the game.

When the Bruins pressed the Cardinal, they got the ball in good positions. The final product, however, was missing.

On more than one occasion, freshman forward Ashley Sanchez was well-placed to shoot. Instead of pulling the trigger, she opted to take an extra dribble or two into the box, where the Stanford defenders crowded her off the ball.

Other players did the same.

“We needed to take more shots, more half chances,” Cromwell said. “There were some open chances we didn’t take. We got to get more opportunities on frame.”

All told, it was a tough night for the Bruins. They had a goal not called and came up against their first high-ranked opponent since before the conference season started who made life difficult across the pitch.

“Stanford did well at clogging our options,” said senior midfielder Claire Winter. “We needed to be quicker, but they did well at squeezing us to one side.”