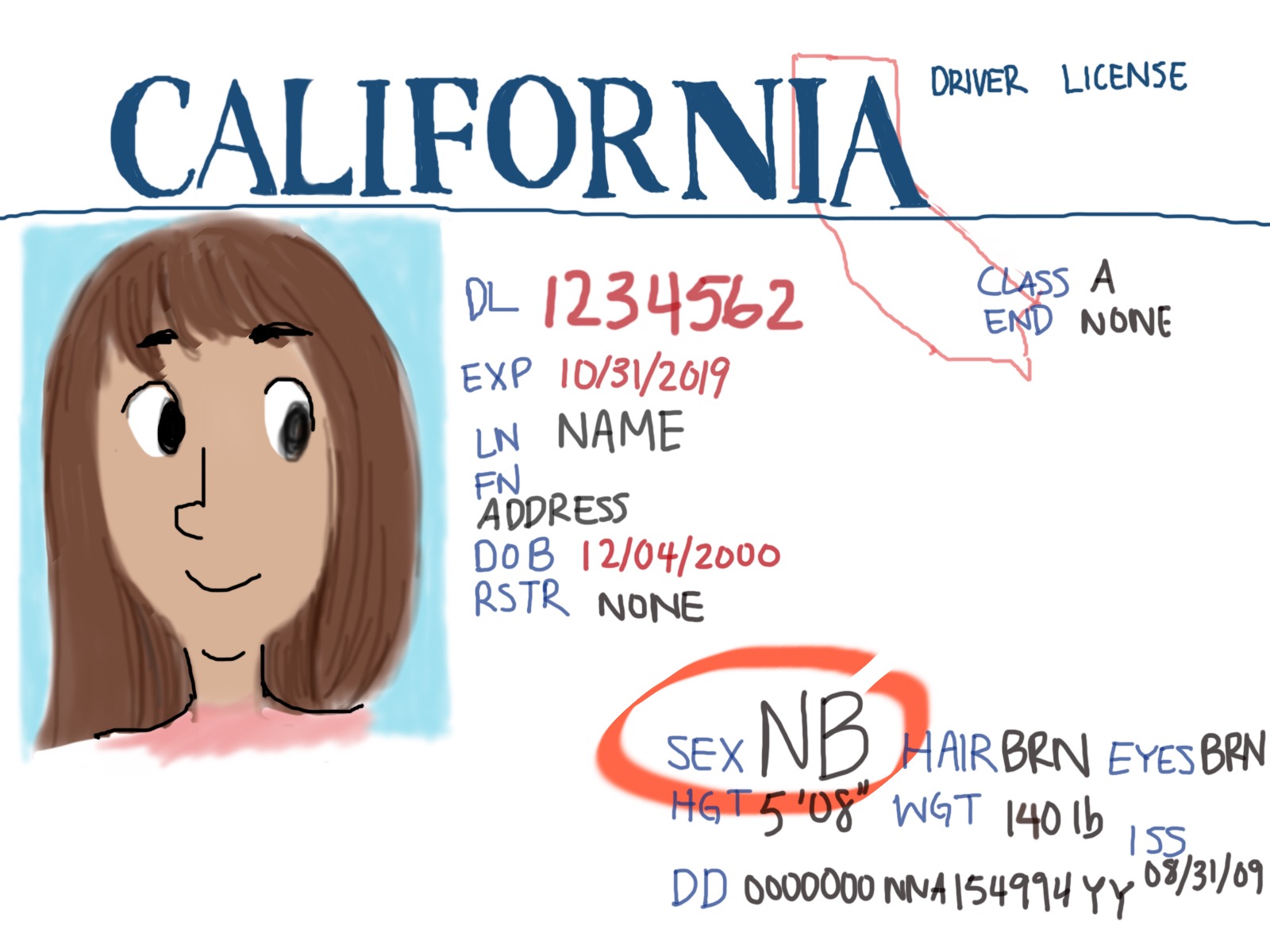 Third-year gender studies and biology student Rachel Russell does not come out as nonbinary to everyone they meet because many people do not respect their gender identity.

“I tell everybody what my pronouns are and people don’t use that,” they said.

Gov. Jerry Brown signed Senate Bill 179, which allows driver’s licenses and birth certificates to display a third nonbinary gender option other than male or female, last week. The law, which takes effect Jan. 1, 2019, also makes it easier for individuals to change their gender on their birth certificate because individuals will no longer be required to undergo sex reassignment surgery or treatment to do so.

State Sen. Toni Atkins, who co-sponsored the bill with state Sen. Scott Wiener, said in a statement she thinks nonbinary, intersex and transgender individuals have had a difficult time obtaining identification that matches their gender presentation.

“The (law) will eliminate unnecessary stress and anxiety for many Californians, and it exemplifies the leadership role that our state continues to take in LGBTQ civil rights,” Atkins said in the statement.

Wiener said in a statement he thinks the new law makes California a more inclusive society.

“With Gov. Brown’s signature on this bill, transgender and nonbinary people will now be able to identify themselves as they are, not as who society tells them they should be,” he said in the statement.

Russell said they do not plan to change the pronoun on their California driver’s license, because they do not want to have to explain their gender to other people and think they may face repercussions because of their gender identity.

“The world is a violent place for queer people, so I probably won’t take advantage of (the new law),” Russell said.

Russell said they think not everyone will accept nonbinary gender identities on driver’s licenses under the new law.

“If I was going to the (Department of Motor Vehicles) or the police pulled me over, I think a lot of people would not understand what (being nonbinary) is at first, and you would have to go through the process of explaining, and not a lot of people are understanding,” they said. “It’s a lot of pressure to put on a person, especially with something that’s so everyday.”

Raja Bhattar, director of the UCLA LGBT Campus Resource Center, said in an email they think the law will help more queer and nonbinary individuals feel safe to express their identity.

The University of California declined to comment on whether the new legislation would affect its record keeping or admissions procedures.