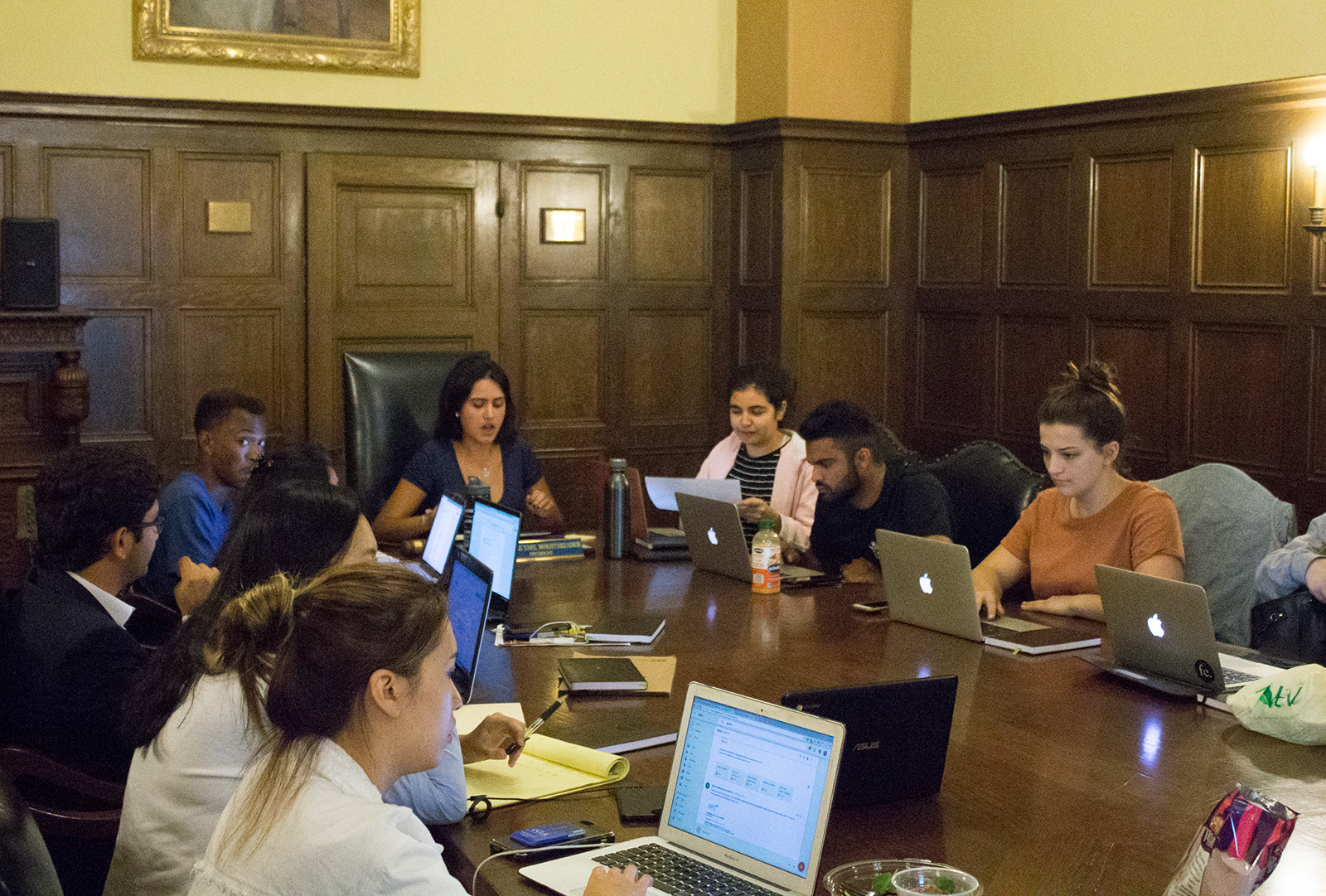 The Undergraduate Student Association Council will vote on whether to update the agenda minutes to reflect that, while the vote was taken, it will not be implemented because it did not meet the adequate amount of votes according to the election code. (Daily Bruin file photo)

The Undergraduate Students Association Council violated the election code after failing to follow bylaw amendment procedures, according to the UCLA Office of the Campus Counsel.

The council violated its constitution and election code when it voted to limit student political group campaign spending this month without first appointing an election board chairperson and not meeting voting requirements.

The council will vote next week to update the agenda minutes of the Oct. 13 meeting to reflect the fact that, while the vote was taken, it will not be implemented because it did not meet the adequate amount of votes according to the election code.

USAC removed parts of an election code bylaw that allowed candidates running in slates, or student-run political groups, to raise an additional $200 per candidate for their entire slate to use while campaigning.

Divya Sharma, Academic Affairs commissioner, said the ambiguity of the word “shall” in the election code raised different interpretations from council members.

“(The council) interpreted the word as ‘may’ and that’s how it was discussed by the council,” he added.

Administrative Representative Debra Geller said the council did a web search on the word “shall” to understand the term in a legal context.

“The quick web search showed that the word ‘shall’ means ‘may’ or ‘not being mandatory,’” she said. “However, we all know that there are (many) sources online and that it’s not always accurate.”

Geller added the administration consulted with OCC, a legal service, and concluded the word “shall” in a legal context does mean “must,” or “mandatory.”

“It was interpreted as something that, while not consistent with the guideline, was not unreasonable given the guideline’s failure to present an alternative process for times when there was no election board chair,” Geller said.

The election code also states that any bylaw change mandates a two-thirds vote from USAC, which requires 10 votes from 14 council members, Geller said. The amendment passed by a 9-2-2 vote.

However, Sharma said the council interpreted the voting requirement as two-thirds of the thirteen voting members.

“The president should be the facilitator, and its bylaws state why they don’t have a vote,” he said. “Throughout the USAC constitution, it states two-thirds of voting membership.”

Students from the 2016-2017 election board presented a written notification during last week’s council meeting recommending that the council nullify the amendment made to election code bylaws.

Danielle Fitzgerald, former election board chair and a third-year economics student, said the council did not follow proper election code guidelines and hopes this written notification will ensure future amendment procedures will comply with the code.

“So we wanted to come forward … because we are really concerned that this is a really dangerous precedent for a council to set, because it’s overstepping their boundaries given to them under the USAC bylaws and the code,” Fitzgerald said.

Geller added once the chair is appointed, the council should bring forward a proposal for an election code that is compliant with the code and the law, such as redefining the word “shall.”

“Before we get to election season, the new election board chair will bring forward a proposal that will be voted on,” she said. “Ultimately, 10 people on council or more will reach agreement to an election code that is consistent with university policies and laws.”