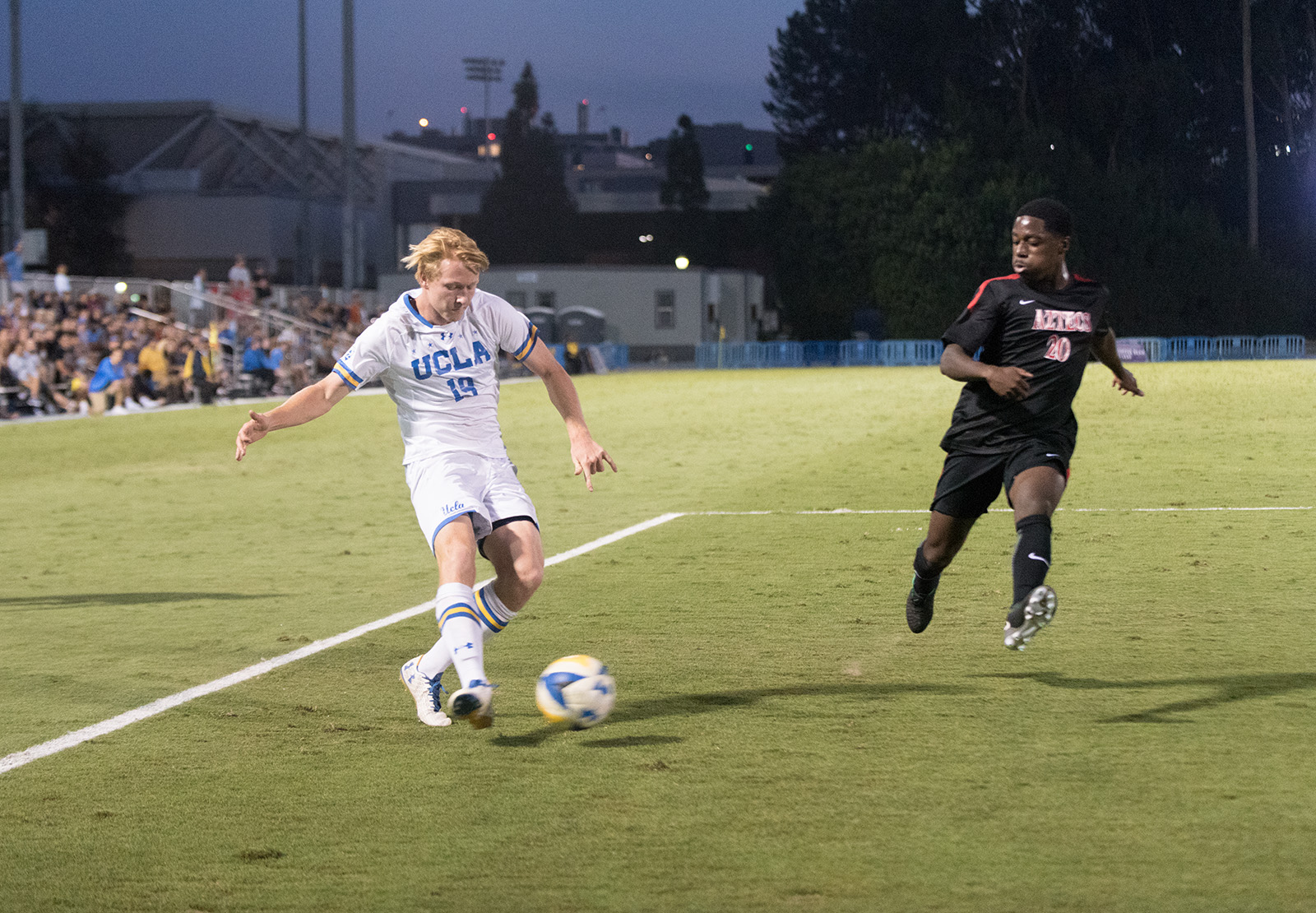 The Bruins couldn’t make it five in a row.

Despite the final score, the matchup was not entirely dominated by the Toreros. UCLA finished the game with 11 shots compared to San Diego’s nine.

The Torero offense had averaged 1.33 goals per game, but Sunday they managed three.

UCLA could not convert with the same frequency, and the Toreos scored all their of their goals before the Bruins managed their single goal.

The scoring was opened up right before the end of the first half. San Diego defender Aaron Frey scored his first goal of the year in the 44th minute.

Frey found a loose ball inside the six-yard box and took a shot with his left foot. He drilled the shot into the top-left corner of the goal behind sophomore goalkeeper Kevin Silva.

But the Toreros didn’t stop at halftime. Within five minutes of the second half San Diego scored again.

Torero midfielder Djordje Babic was assisted by forward Miguel Berry. A pass from Berry made its way into the center of the six-yard box and Babic stuck one into the right side of the net.

Their final score came off a Bruin own goal in the 59th minute.

The Torero defense has only allowed about one goal per game to this point. Although freshman forwards Milan Iloski and Santiago Herrera both logged two shots on the night, the Bruins were only able to convert once.

It was the Bruins’ first loss in three weeks. They will return to Drake Stadium to start their second bout of Pac-12 play Thursday.