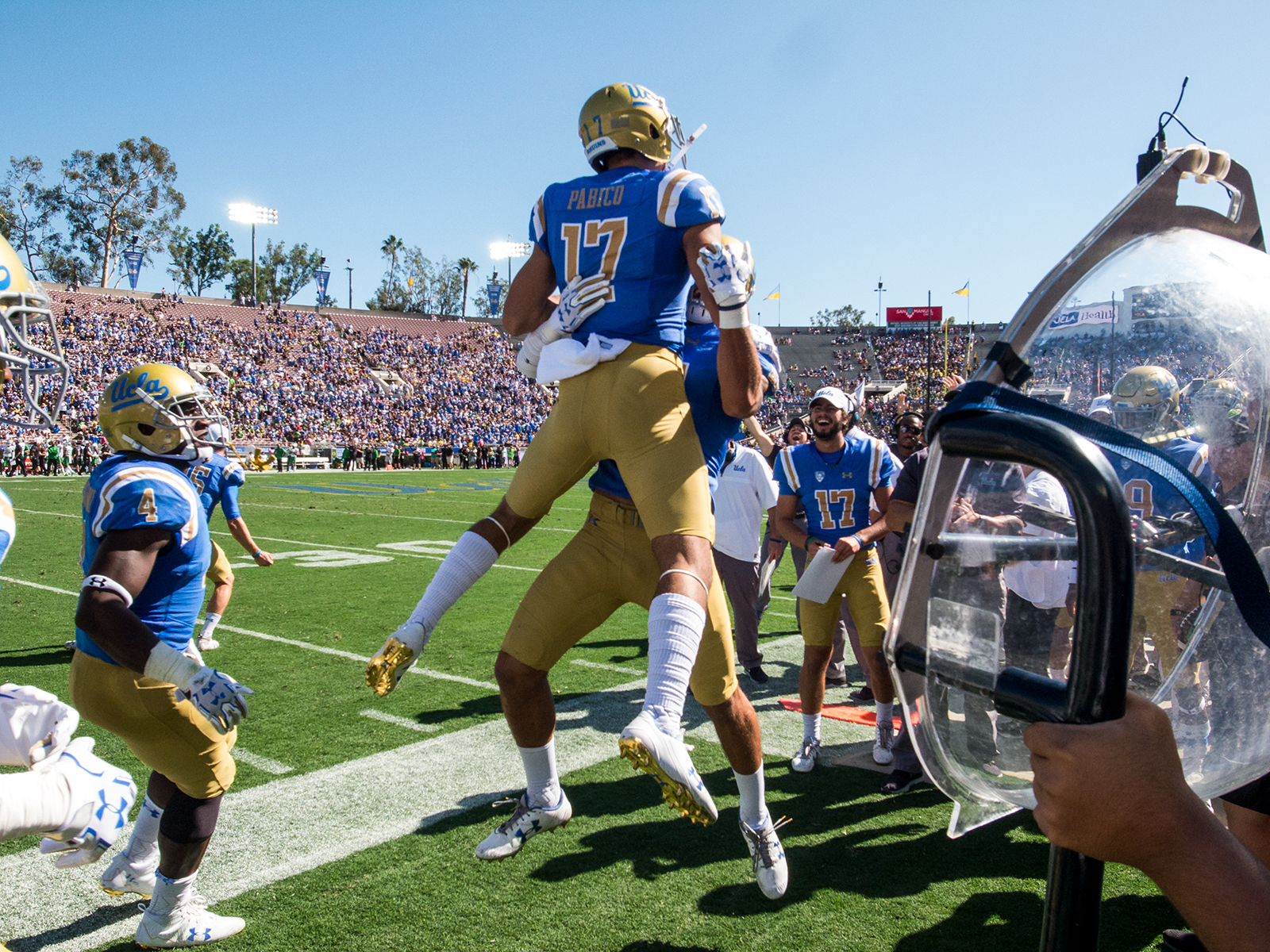 The Bruins started strong, jumping out to a 14-0 lead by scoring touchdowns on back-to-back drives in the first quarter, but allowed a pair of touchdowns in the second quarter as the Ducks evened the score.

Junior quarterback Josh Rosen bounced back from a three-interception performance last Saturday to go 10-of-15 for 110 yards and a touchdown in the opening half against the Ducks. Rosen started the game on a roll, connecting on eight of his first nine attempts.

Redshirt freshman tight end Jordan Wilson made an impact throughout the half, taking on a larger role after redshirt junior starter Austin Roberts left with an injury. Wilson led the Bruins with 3 catches for 31 yards.

UCLA employed a heavy dose of runs on offense, rushing the ball 16 times, but was rather ineffective in doing so, averaging under two yards per carry.
Defensively, the Bruins limited the type of explosive plays that have hurt them so often this year, not allowing a single rush over 20 yards.

But the Ducks began to have success on offense in the second quarter, racking up 123 yards in the period as they scored twice to tie the game.

UCLA scored on its second and third drives of the game. After a three-and-out on their first possession, the Bruins quickly got the ball back in Ducks territory when senior safety Jaleel Wadood forced a fumble.

It was UCLA’s first takeaway in three games, and the offense would capitalize by methodically marching 45 yards on 11 plays for a touchdown punched in by junior running back Soso Jamabo.

The Bruins notched another touchdown on their next drive when Rosen connected with redshirt junior wide receiver Christian Pabico for a 31-yard touchdown, the first score of Pabico’s career.

Oregon would then produce a lengthy touchdown drive of over six minutes, moving 75 yards on 15 plays before quarterback Braxton Burmeister ran the ball in from seven yards out.

Burmeister picked up another rushing touchdown late in the half to cap another 15-play drive by the Ducks and tie the score.

Burmeister completed four of his eight passes for 48 yards, but did damage on the ground, racking up 37 yards and the touchdown on 10 carries.