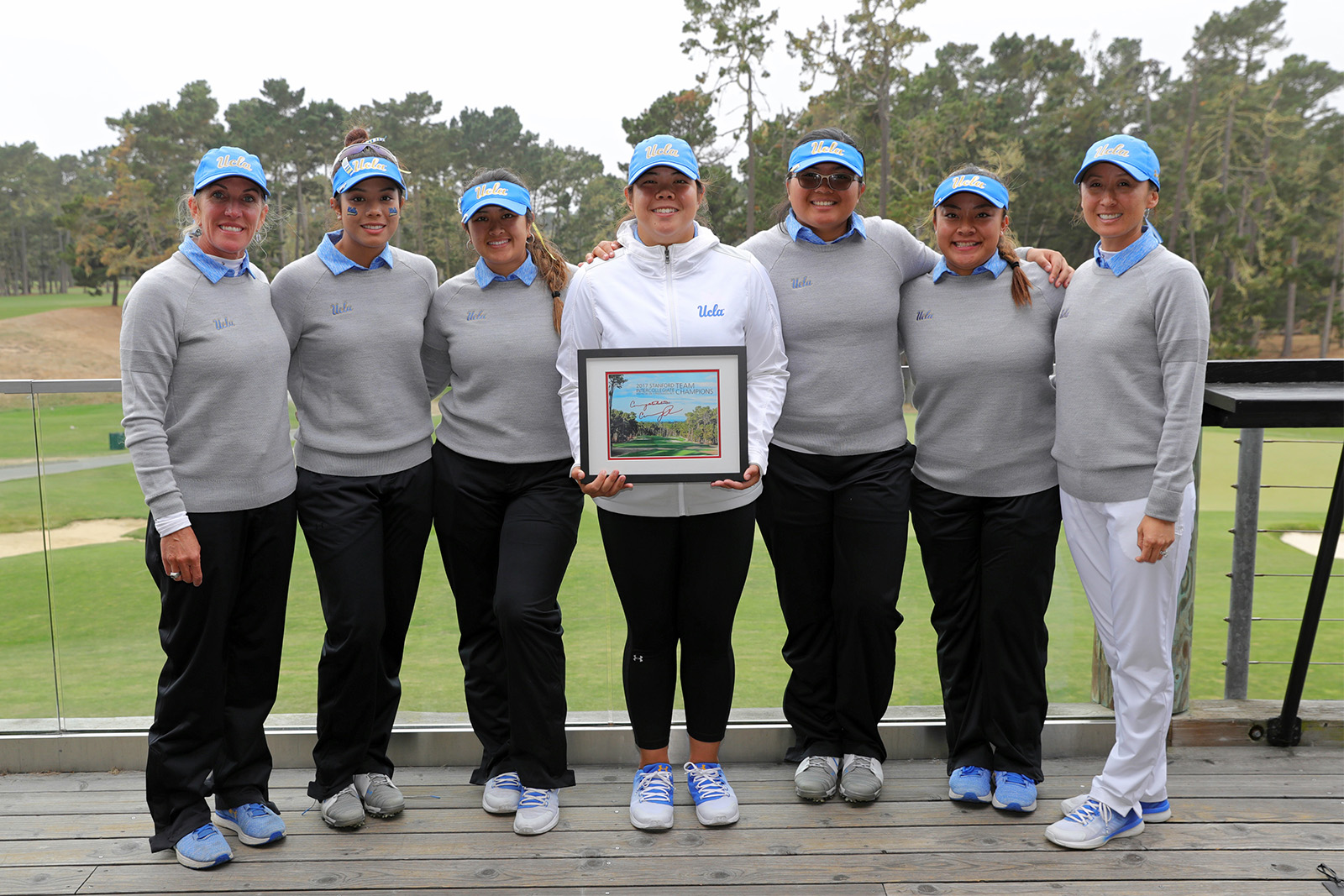 UCLA women’s golf finished first at the Stanford Intercollegiate this week. Freshman Patty Tavatanakit also managed to secure the first collegiate victory of her career after shooting 6-under-par for the tournament. (Courtesy of Stanford Photo)

The Bruins entered day three of their second tournament of the season trailing host the Cardinal by six strokes, but stormed back to win.

“We were more determined to get the win today,” said junior Beth Wu. “I think we knew that (in the) last tournament, we didn’t do our best and I’m really proud of everyone that stepped up.”

Heavy fog delayed the start of round three, but the Bruins were unfazed. They went on to shoot 9-under-par, 10 strokes better than any other team on the day.

Of the 15 schools that competed, UCLA was the only one to finish the tournament under par at 3-under.

Coach Carrie Forsyth was impressed by her team, given their odds at the beginning of the day.

“We got a little help from Stanford because they didn’t play that well today,” Forsyth said. “But to shoot 9-under in conditions like today was excellent.”

Stanford finished second at even par.

Not only did UCLA take home the victory, but freshman Patty Tavatanakit tied for first on the individual leaderboard.

This week, she shot 1-under-par in each of the first two rounds and then 4-under on day three to move into a tie with Stanford’s Andrea Lee.

Despite her early success, Tavatanakit says she still sees plenty of room for improvement in her game.

“I don’t consider this as success yet,” Tavatanakit said. “I had a really good two weeks and I definitely could’ve done better, but I will take what it is.”

Tavatanakit finished second in her collegiate debut at the ANNIKA Intercollegiate two weeks ago.

Some of her teammates also had big performances of their own. The Bruins had four golfers finish inside the top 11. Juniors Lilia Vu and Beth Wu tied for sixth at even par and sophomore Mariel Galdiano finished 11th at 3-over-par.

“Overall, it was a solid week and today was just an exceptional day, but we’ve still got work to do,” Forsyth said.

UCLA will return to action next week at the Nanea Pac-12 Preview in Kohala, Hawaii.