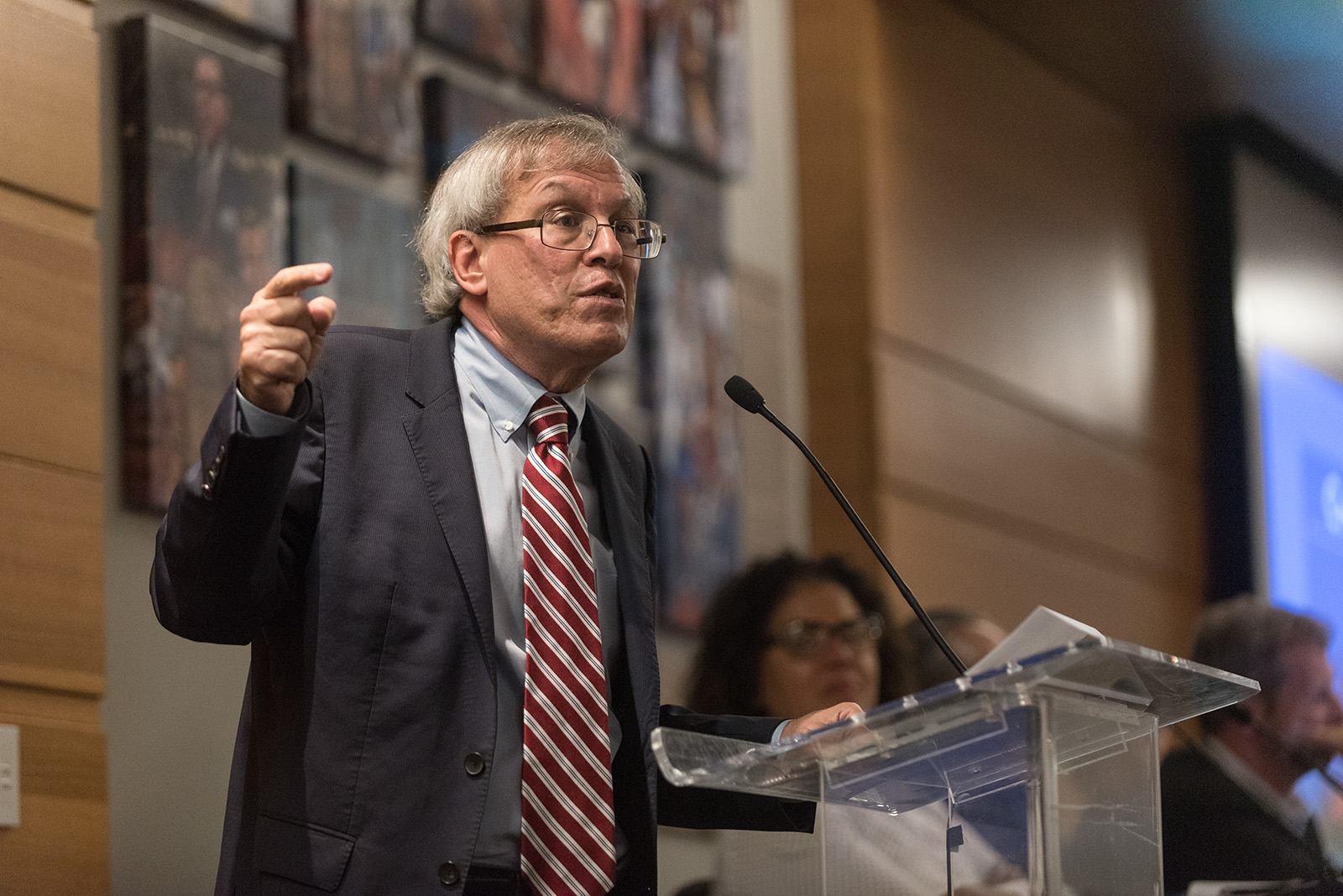 Legal experts and academics engaged in open dialogue about freedom of speech on campus at an event Wednesday.

UCLA Office of Equity, Diversity and Inclusion held a panel called “CrossCheck Live: Campus Speech” at Pauley Pavilion, which was part of “Free Speech 101: UCLA’s Week on Freedom of Speech,” hosted by the EDI office to present a variety of viewpoints on campus speech.

“I know that those who have been traditionally underrepresented on college campuses are particularly, personally affected by hate speech,” he said. “But I also have to tell you that the Supreme Court has been clear that hate speech is protected speech.”

Chemerinsky said he thinks college administrators should make it clear to students about what kinds of speech are lawfully protected.

“If (UC Berkeley Chancellor Carol Christ) were to try to exclude a speaker because the views are offensive, she would get sued, she would lose,” he said.

Eugene Volokh, a distinguished professor of law at UCLA, said he thinks it is important to allow controversial speech at universities because he thinks it helps sharpen individuals’ views.

“You can only honestly, seriously find (a view) credible if you know that view can constantly be challenged and it survives those challenges,” he said.

Safiya Noble, assistant professor of communication at University of Southern California, said she thinks popular ideas, particular on the internet, are not necessarily the most credible.

“The internet, though touted as a highly democratic platform or space where all kinds of ideas have equal opportunity to proliferate is, in fact, not that,” Noble said. “Like other institutions, it’s laden with power, and (some) people have more speech on the internet than others.”

Gary Segura, dean of the UCLA Luskin School of Public Affairs, said he does not think there is a free speech crisis on college campuses, and said he thinks outsiders intentionally come to campus to provoke students.

“The purpose of those events is to delegitimize this institution and others as place where truth, fact, science, analysis reside,” Segura said.

Several students who attended the event said they understand that hate speech is legal, but do not think those views should be supported on campus.

Zoya Chhabra, a fifth-year political science student, said she thinks there should be more conversations about how to handle controversial and incendiary ideas on campus.

“We always talk about how UCLA is a microcosm of the world, and I feel like in many ways UCLA represents what the rest of the world should aspire to be,” Chhabra.

Jabril Muhammad, a fourth-year sociology student, said he thinks some ideas are hateful because they have led to prejudice and violence in the past.

“This healthy exchange of ideas … it doesn’t make sense when you’re trying to throw back ideas that have already been rejected and refuted,” he said.