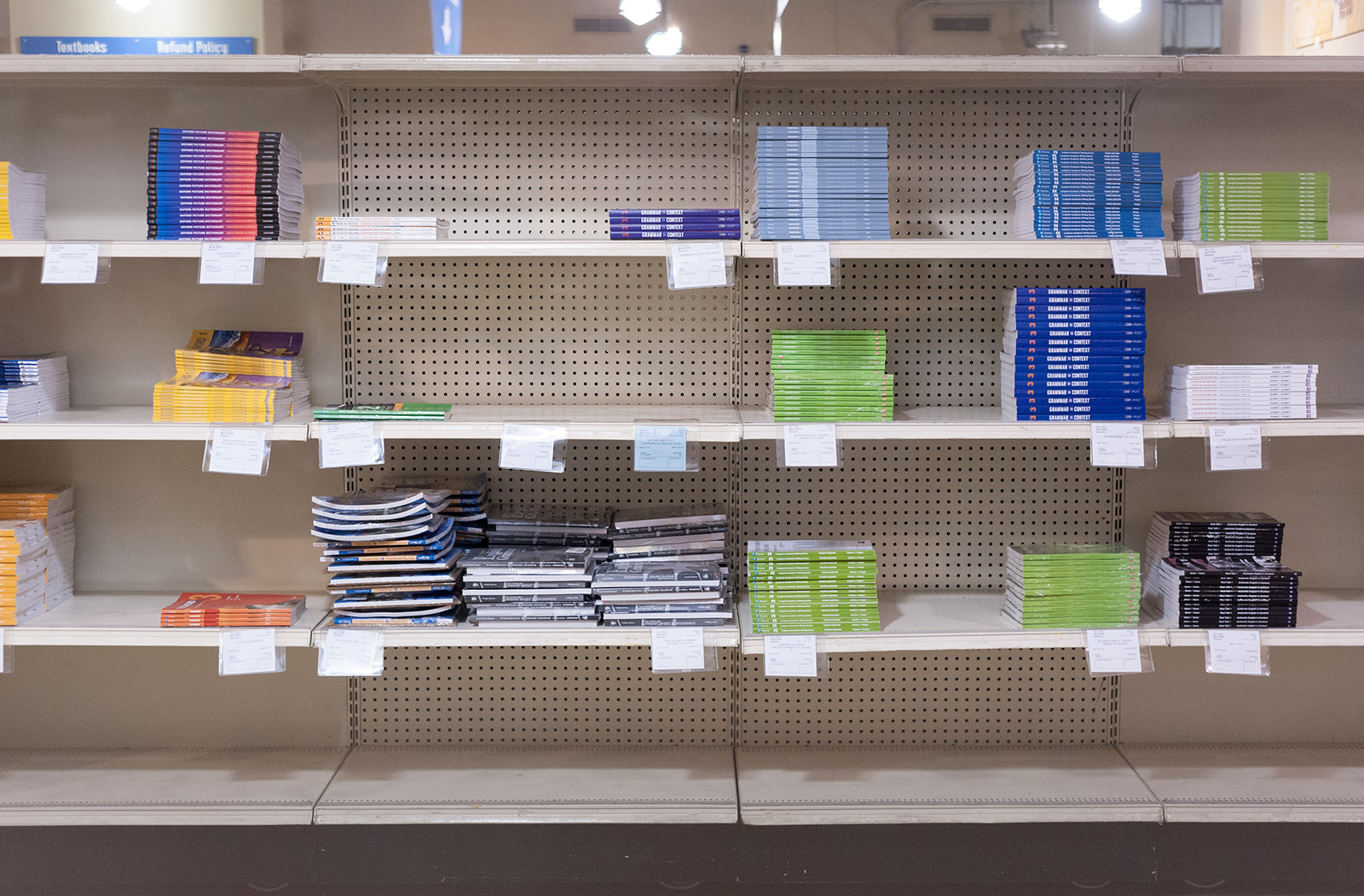 Associated Students UCLA forecasts it will lose more than one million dollars over this fiscal year. The association pointed towards decreasing textbook sales and an increase in the minimum wage as the main drivers behind these losses. (Daily Bruin file photo)

With textbook sales at Ackerman Union declining, Associated Students UCLA has taken the concept of nonprofit a bit literally.

ASUCLA, a nonprofit, student-run organization that oversees on-campus retail sales and the student union building, is expected to lose more than $1 million this fiscal year. The financial loss is the result of a decline in textbook sales and an increase in the minimum wage, said Robert Williams, ASUCLA executive director.

In an attempt to reduce the financial losses and keep student union fees down, ASUCLA plans to open two new restaurants this year: Blaze Pizza and Veggie Grill. The organization believes these new restaurants will generate demand and new revenue streams for the student union.

Bringing in new restaurants, however, is like placing a rug over a spill rather than cleaning it up – it fails to solve the problem at hand. If ASUCLA’s financial losses are because of declining textbook sales, there is a much more straightforward course of action – reduce its bookstore’s textbook inventory.

The decline in textbook sales shouldn’t come as a surprise. The rise of online textbook markets like Amazon, which often sells its products at cheaper prices than the bookstore offers, has caused students to turn away from ASUCLA when it comes time to purchase course materials.

Edward Lara, a second-year mathematics student, said he bought most of his textbooks this year from Amazon due to the supplier offering noticeably cheaper prices than the ASUCLA textbook store. For instance, a used copy of “Visualizing Environmental Science” costs $65.25 at the bookstore, compared with just $40.52 on Amazon.

“If the price difference between Amazon and Ackerman (Union) was smaller, I would buy on campus,” Lara said.

Likewise, Dong Han, a first-year mathematics and computation student, said he purchased all of his books online this quarter because he thinks the bookstore is too expensive.

But while students have long complained about hefty textbook prices at the student union, ASUCLA cannot lower textbook prices without losing money, said Patrick Healey, the UCLA Store director. Losing money could lead to higher student union fees at UCLA, which at $21 a quarter is currently the lowest in the entire University of California system.

“Further reductions in pricing will drive the textbook department to operate at a loss when you factor in the wholesale costs of the books and the expenses necessary to operate the department,” Healey said.

But these low student union fees are in jeopardy if the revenue is declining. If ASUCLA cannot consistently make it into the black with its current funds, students may soon have to subsidize the organization with increased fees.

The bookstore typically orders 185,000 textbooks a year, of which only 116,000 were sold this year, Healey said. This means that ASUCLA spent 69,000 books worth of money that will never return a profit.

However, the total number requested by faculty annually is around 667,000. Healey said. ASUCLA significantly reduces the number of books requested to reach what they estimate is the necessary quantity. But declining sales make it clear that their estimations are too high.

“Our buyers take into consideration every aspect of the book request, from previous sales history of the faculty member, course, department and book, as well as the pricing and availability of the book in the broader marketplace,” Healey said. “We evaluate historical enrollment levels relative to the projected enrollment received from UCLA departments.”

But adding restaurants fails to address the issue of declining revenue from surplus textbook supply. Once the eateries’ novelty fades and their revenues begin to look like the other on-campus restaurants, ASUCLA will once again be weighed down by poor-selling textbooks.

Instead, ASUCLA needs to employ a more practical solution and reduce the textbook supply available at the bookstore. ASUCLA can trim back by ceasing sales of novels that often appear on class reading lists, since these types of books can easily and cheaply be purchased from other vendors. ASUCLA can also reduce its inventory by discontinuing the sale of books that have sold poorly in years past, and primarily stock course readers or textbooks that are in high demand.

To best gauge demand, ASUCLA can look exclusively at the previous year’s sales to determine inventory sizes. Doing so would help cut down on ASUCLA’s surplus of textbooks and ensure that student union fees do not have to rise to make up for the deficit.

Of course, such a decision would mean that fewer students will be able to get their textbooks immediately from the textbooks store. But the inconvenience would be minimal. Books are typically on hold at the various libraries on campus for students who need immediate access.

Additionally, Amazon’s Prime services offer free two-day shipping to students free for six months, and at a reduced price afterwards. Students have online sources to acquire their books in the long-term and the library for their needs in the short-term. Keeping down the entire student body’s student union fees by reducing ASUCLA’s textbook sale losses is worth having a few students get their textbooks a couple days later.

If ASUCLA wants to get serious about its financial deficit caused by declining book sales, adding more restaurants isn’t the way go about doing that. Declining textbook sales and an increase in labor costs are what contributed to ASUCLA’s million dollar loss, and those issues need to be met head-on. While the non-profit has no way to lower the minimum wage, it can mitigate its textbook sales by simply stocking fewer books.

If ASUCLA wants to stop losing money at its current rate, it needs to begin with its textbook surplus. Then the textbook store will see smaller stacks of unsold books – and smaller losses for ASUCLA.