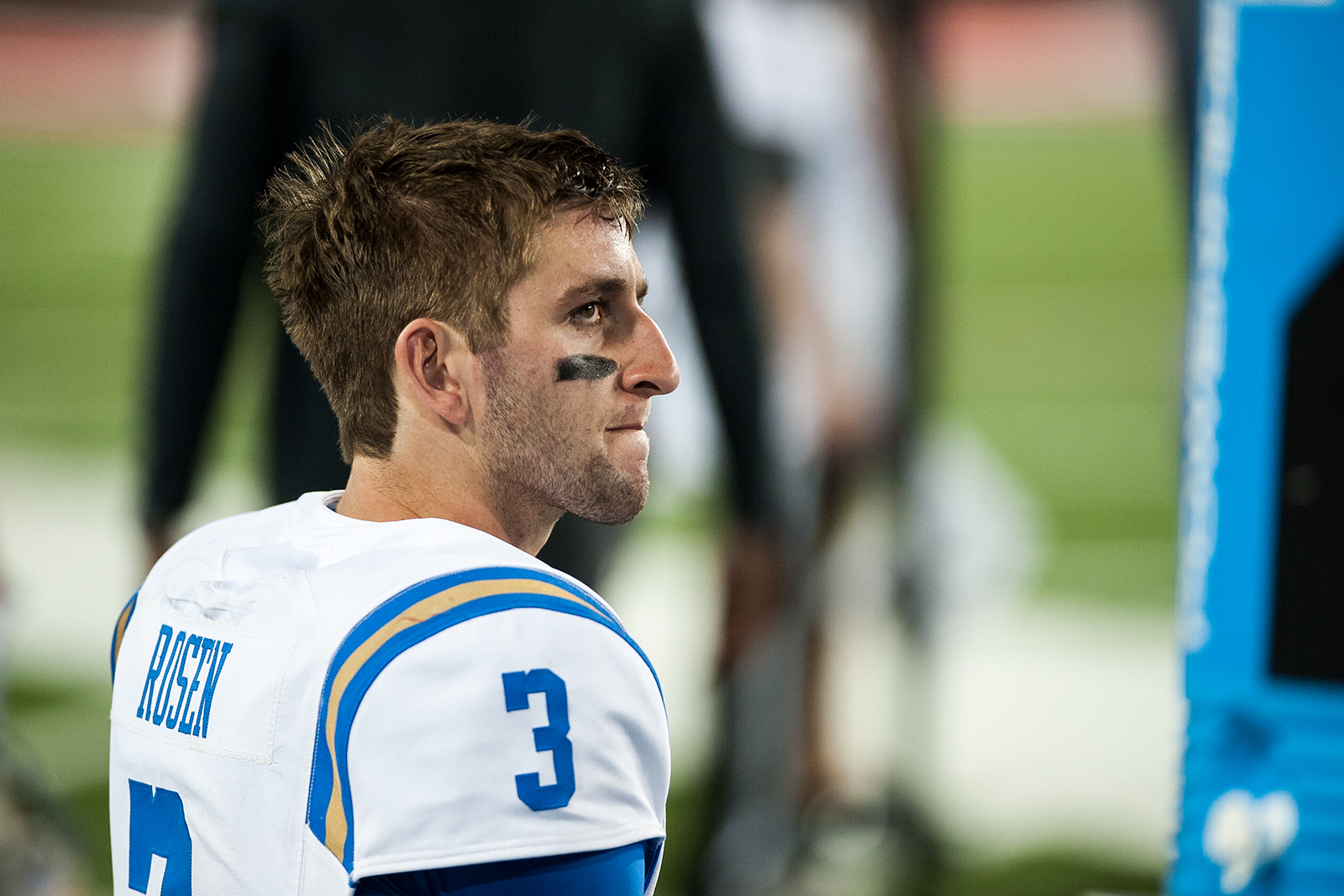 Josh Rosen threw two interceptions in the first half. The junior quarterback also came up with 166 passing yards on 14 completions, but did not throw a touchdown pass. (Aubrey Yeo/Daily Bruin senior staff)

TUCSON, Ariz.—For two weeks, the Bruins talked about turning over a new page in their season.

In the first half of Saturday’s matchup with Arizona, though, all UCLA did was turn over the ball.

UCLA coughed up possession three times in the opening half Saturday, entering halftime trailing the Wildcats 30-14.

Junior running back Soso Jamabo fumbled on the Bruins’ second possession, and junior quarterback Josh Rosen threw two costly interceptions – one ended a UCLA drive in the red zone, and the other was returned for a touchdown.

The defense also struggled, allowing 217 rushing yards and giving up scores on four of the Wildcats’ six possessions.

UCLA trailed nearly the entire half, surrendering a 45-yard rushing touchdown just over a minute into the game and never recovering. Arizona routinely produced big plays on the ground, generating eight rushing plays of 10 yards or more.

Jamabo and sophomore running back Jalen Starks each had a touchdown, and Starks led the Bruins with 10 carries for 63 yards.

Rosen finished the half 14-of-24 for 166 yards with no touchdowns and the pair of picks.