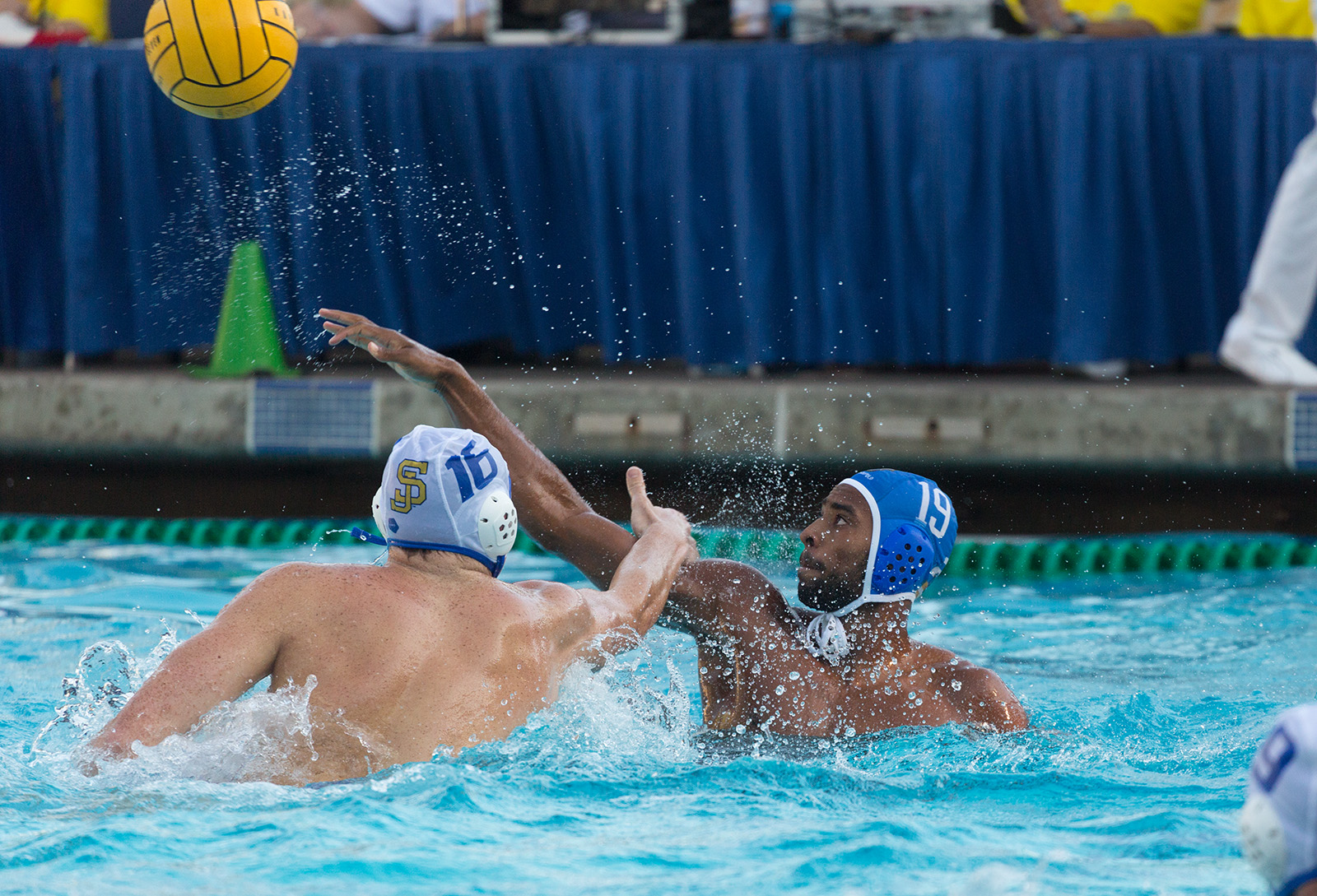 Senior attacker Max Irving says energy and smart play will get UCLA to where they want to go. He is one of the remaining players from the 2016 national championship squad. (Daily Bruin file photo)

UCLA men’s water polo has a 13-1 record, but the past few weeks have indicated that the team is still in the process of figuring out how to play with one another.

“We are still in a learning stage of where we want to go to,” said senior utility Alex Roelse.

Following the loss to the Anteaters on Sept. 30, Roelse said a few of the team’s weaknesses were exposed.

“This past game was definitely a hitch in the progress that we’re trying to make,” Roelse said. “You can definitely see that some areas got exposed that we have been slacking on, and maybe that is from a practice or a mentality problem.”

UCLA has only played one match since the loss to UC Irvine, and the issues Roelse mentioned are still present.

Despite beating Pepperdine 8-7, the Bruins went just 1-for-8 on the man advantage, while the Waves scored on four of their nine opportunities.

Coach Adam Wright wants to make the power play a priority in this week’s practice.

Struggles in that part of the game are mostly due to inexperience and youth, which UCLA can attest to. With 10 freshman on the team and a handful of them playing regularly, it has been difficult trying to build in-game chemistry.

Practice has also been taken up a notch in recent weeks with more in-depth film sessions and a larger quantity of drills.

“We’ve definitely approached this week a little different than we have (before),” Roelse said. “There has been a lot less moments that we can lose our concentration and we’ve been going through a lot of things very quickly, which makes it very tiring as well.”

Wright has been mentioning the word “consistency” for weeks, and it looks as if the team is finally taking it upon itself to make the necessary improvements.

“After last weekend, we re-evaluated everything, sat down with the team and decided that we needed to bring it together and work harder,” said freshman attacker Chasen Travisano.

Senior attacker Max Irving, who was with the team that won the national championship in 2016, said the extra practice will eventually lead to success.

“I think the week of training is a direct indication of how the weekend is going to go,” Irving said. “We’ve just got to continue playing with energy and playing smart.”

UCLA faces a pair of ranked opponents this weekend in No. 15 Cal Baptist and No. 7 Long Beach State. Both games will be played at home.