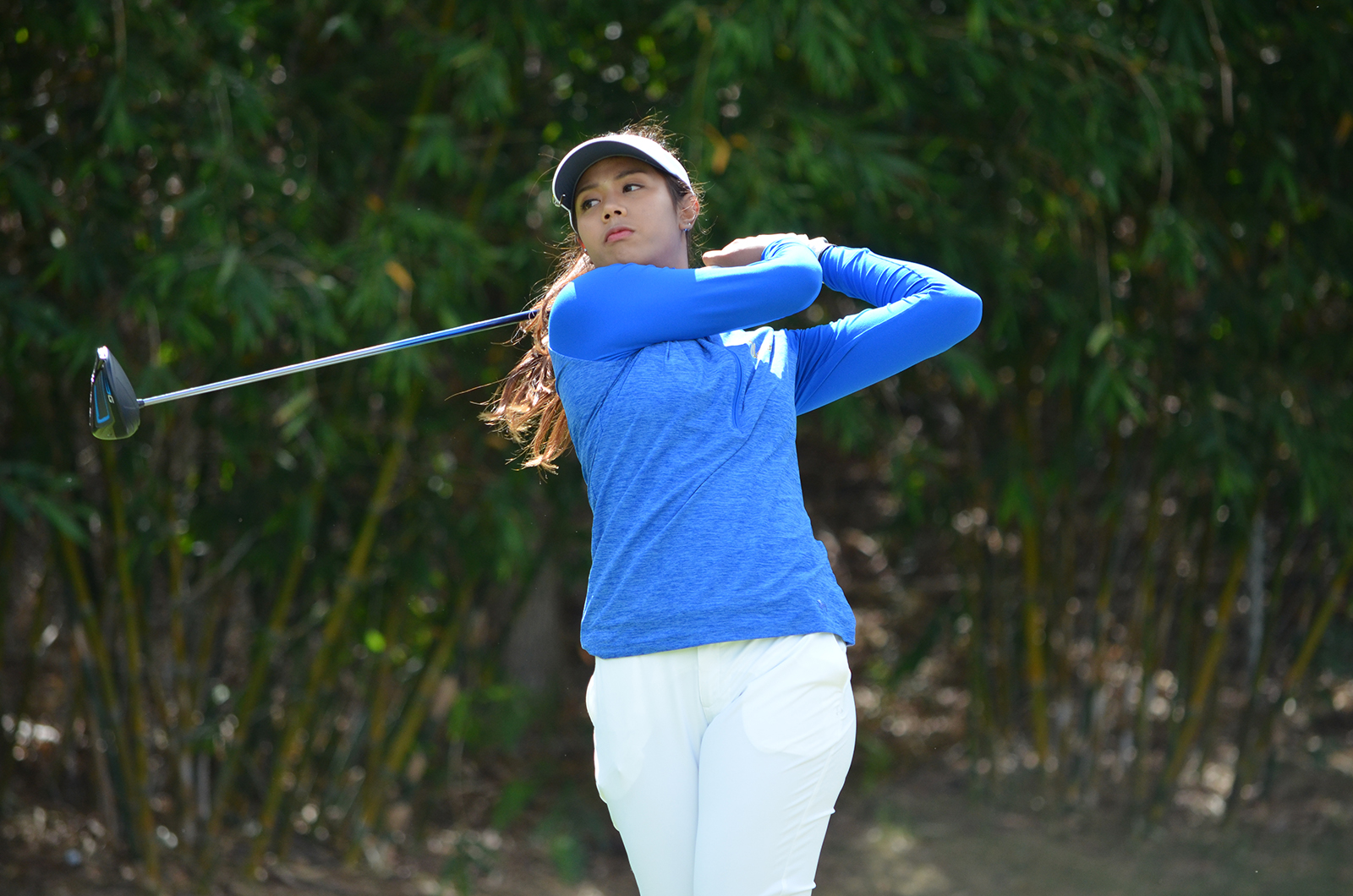 Freshman Patty Tavatanakit made her collegiate debut at the ANNIKA Intercollegiate this week. She shot 5-under-par for the tournament and finished second on the individual leaderboard. (Courtesy of UCLA Athletics)

In its first tournament of the 2017 season, UCLA women’s golf finished second at the ANNIKA Intercollegiate on Tuesday.

The Bruins finished 12 strokes behind first place No. 1 Arkansas and 10 strokes ahead of third place Stanford.

Before the tournament, junior standout Lilia Vu failed to qualify, leaving the door open for some of the other golfers to step up.

Freshman Patty Tavatanakit took the challenge and impressed in her collegiate debut, finishing under par in all three rounds for a score of 5-under-par.

After finding herself within striking distance of the the top spot on the leaderboard, she was focused on trying to win her first collegiate tournament.

“Yesterday at the end of the second round I was tied for second, so over the night and into the morning all I was thinking about was how I wanted to win my first tournament,” Tavatanakit said.

Sophomore Mariel Galdiano, another underclassmen, finished tied for 11th after jumping nine spots in the leaderboards on day three.

She said poor weather conditions made play difficult, but patience allowed her to make the move.

“We had a tournament last year that was pretty similar rainwise,” Galdiano said. “We don’t really do anything in particular to practice for the conditions except for being prepared with all of our equipment and staying patient out on the course.”

Galdiano shot 3-under-par Tuesday, her best round of the tournament.

Sophomore Clare Legaspi and junior Bethany Wu joined their teammates in the top 20 as well, tying for 16th.

Legaspi entered day three at 1-under-par, but shot 2-over in the final round to finish the tournament 1-over-par. Wu shot 3-over on day one, but recovered with back-to-back rounds under-par.

Despite finishing second as a team and having four players end up in the top 20, coach Carrie Forsyth was still a bit disappointed that her squad couldn’t claim the victory.

“Obviously we wanted to win, but we never really gained a lot of ground on Arkansas,” Forsyth said. “We just didn’t play well enough to win.”

UCLA will have two weeks off before taking on Stanford Intercollegiate at Pebble Beach, California, beginning Oct. 16.