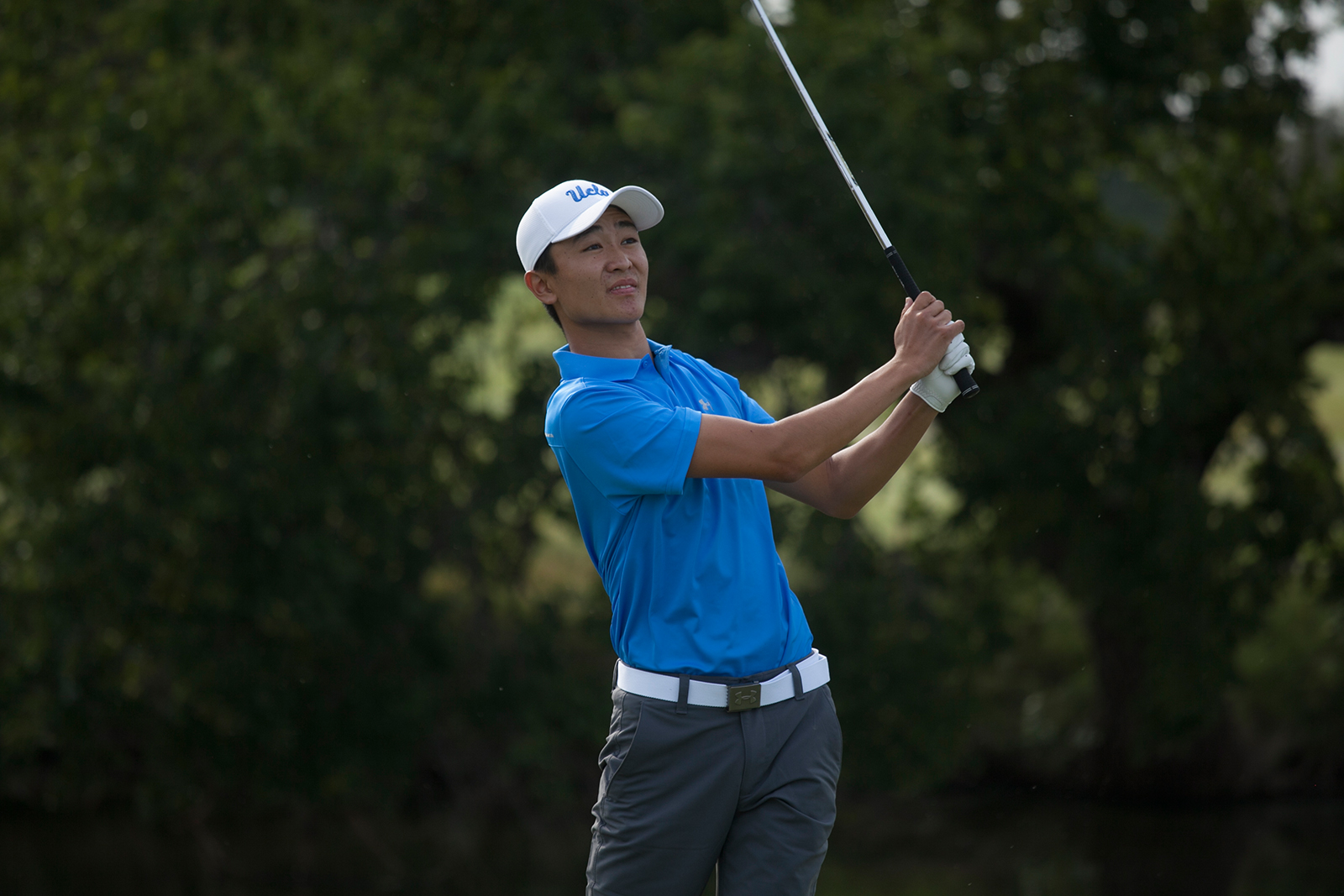 UCLA sophomore Hidetoshi Yoshihara shot 7-under-par at the Marquette Intercollegiate this week. He finished in a tie of third place with Texas A&M’s Josh Gliege on the individual leaderboard. (Courtesy of UCLA Athletics)

The Bruins finished 13-over-par for the tournament and were within a single stroke of No. 2 Texas A&M entering the back nine Tuesday.

Despite coming in second, coach Derek Freeman said he was happy with what his players were able to accomplish on such a difficult course.

“I’m happy that the guys had a chance and they got a real taste of high level golf,” said Freeman. “It’s a U.S. Open golf course and you have to be really smart about how you hit it and where you hit it.”

One player in particular who adjusted well to the course was sophomore Hidetoshi Yoshihara.

Yoshihara shot 5-over in the first round, but recovered with strong second and third rounds to close out the tournament. He finished 7-under-par, which was good for a tie at third place on the individual leaderboard.

He said the wind caused a lot of problems for the team not only during the opening round, but also throughout the week.

The wind was an obvious factor early on, as UCLA shot 12-over-par on day one.

However, like Yoshihara, the Bruins adjusted to the elements and responded with a second-round performance in which they shot 7-under-par to move into second place.

Senior Tyler Collier said the course felt better on day two after the team participated in a practice round.

“We played a practice round after the first round so it was our third time playing the course,” said Collier. “I think guys were a lot more comfortable with the course and the pins were set up a bit easier.”

Although the Bruins could not get out of second place, coach Freeman said the team was in the position they wanted to be in.

“We had an opportunity and a chance to win the golf tournament, said Freeman. “That is exactly what we wanted going into it.”

Men’s golf will return to action Oct.16 at the Bill Cullum Invitational in Simi Valley, California.