Cross country team has strong showing at Master’s despite inexperience 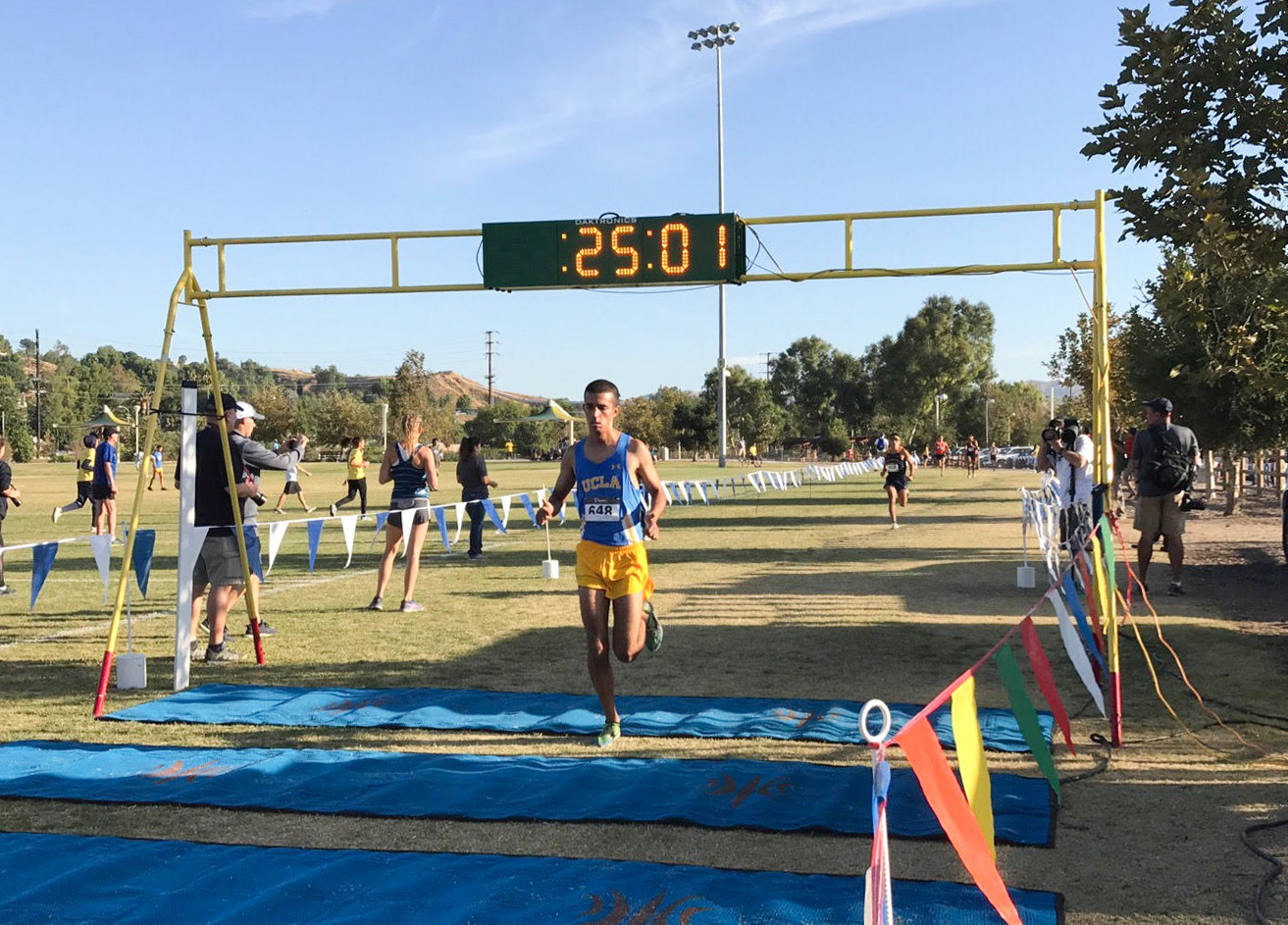 Redshirt sophomore Millen Trujillo lead the way for the men’s team this weekend, winning the first race he participated in this year.(Courtesy of Liza David)

UCLA cross country was running on a fresh set of legs this weekend – everyone in a Bruin jersey had less than two years of collegiate cross country experience under their belts.

The men ran to a first place finish – outrunning teams like UC Irvine, Cal State Northridge and UC Santa Barbara – and the women came in third among the Division I teams present at the Master’s University invitational, marking the best result either team has posted so far this year.

“I know those guys were eager to get on the line,” said assistant coach Devin Elizondo. “Part of the job was actually just pulling on the reins a little bit so that they didn’t get too excited.”

Saturday was redshirt sophomore Millen Trujillo’s first race of the year, and he came home with a first place finish, taking down the 8K in 25:01.5 minutes.

“It was good to get a win; that’s what we train for as a team you know,” Trujillo said. “We have a good crew of guys training well … it’s not Nationals or anything, but it’s a great way to start the year.”

Following him in fourth among D1 runners was redshirt freshman Andy Ehrenberg, clocking in at 25:19.1. Junior Scott Snow took home sixth with a time of 25:27.5 in just the second cross country race of his collegiate career.

Every Bruin on the men’s team that raced on Saturday placed within the top 10 among Division I competitors entered in the meet.

The women’s team was made up exclusively of underclassmen, but the group made a strong showing despite its lack of experience.

Freshman Kira Loren’s time of 18:18.0 time in the 5K gave her the best finish on the women’s team, as she placed third among D1 competitors at the meet.

“I was really excited going into that race,” Loren said. “I know I have a lot left in me. … It’s fun racing as a pack with the other girls on my team because we all push each other.”

Assistant coach Jennifer DeRego has said that she emphasizes the idea of running as pack, and Loren was able to do that Saturday. She led the Bruins but redshirt freshmen Deniella LoCastro and Lucie Semone were not far behind, finishing with times of 18:28.2 and 18:29.1, respectively.

The women’s team took up half of the top 10 spots among the D1 finishers at the meet.

“Most of those who ran yesterday redshirted last year. They didn’t race very much and when they did they raced by themselves, they didn’t have a team,” DeRego said. “But what I saw was a group that really competed well together.”

DeRego said that even though collegiate cross country presents many significant challenges to newcomers, this weekend displayed their readiness.

The cross country team will have nearly two weeks before they race again in Wisconsin on Oct. 13th.