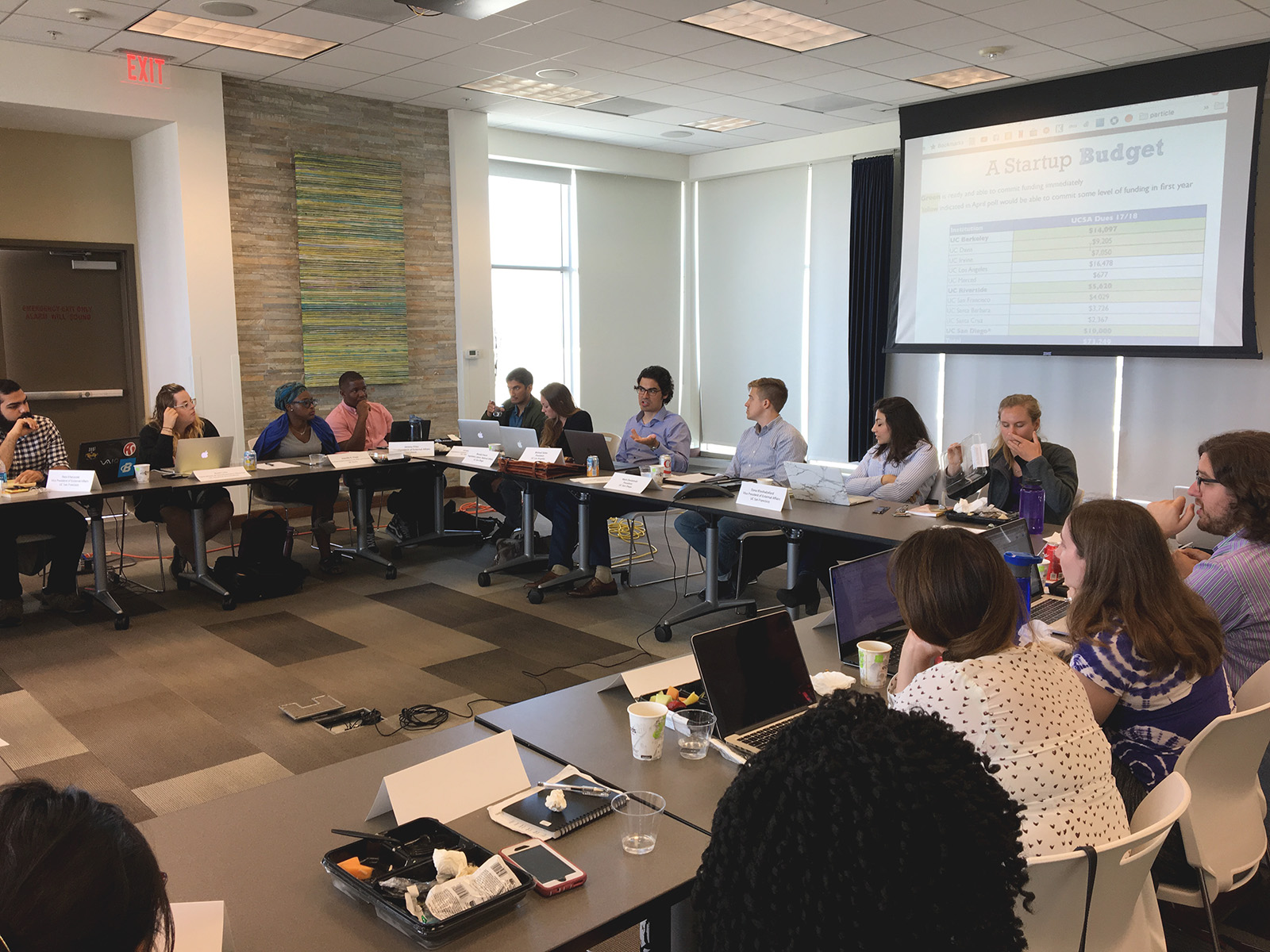 The University of California Graduate-Professional Coalition was created in July to represent graduate students’ specific interests.(Courtesy of Joshua Baum)

Correction: The original version of this article incorrectly stated that UCGPC passed a motion allowing it to consider rejoining UCSA after two years. In fact, UCGPC will vote on the motion at its next meeting.

Graduate student associations in University of California campuses are no longer part of the UC Student Association, following a vote by graduate student leaders Thursday.

UCSA is an advocacy organization that represents UC students and works with UC administrators and lawmakers at the state and federal level. Graduate student leaders created UCGPC in July to better advocate for graduate student interests.

“Every (graduate student) group every year has conversations about leaving UCSA. I’ve felt really frustrated by the lack of professionalism … at the UCSA space,” she said. “I believe we can be better advocates for our (graduate students) outside UCSA.”

Michael Skiles, president of UCLA’s Graduate Students Association and chair of the Graduate and Professional Summit that founded UCGPC, said he thinks undergraduate students do not fully understand the challenges graduate students face.

“The concern is, UCSA tends to spend almost all of its time working on a lowest common denominator issues that (graduate students) and (undergraduate students) agree on – things like lowering tuition, housing affordability,” he said.

However, Skiles said he thinks UCGPC and UCSA can still work together.

“UCSA and UCGPC remain sister organizations,” Skiles said. “On key issues that require statewide advocacy (or) around issues of general applicability like housing, UCGPC and UCSA can work very closely together.”

However, other graduate students said they were opposed to UCGPC’s decision.

Parshan Khosravi, vice president of external affairs for UCLA’s GSA, said he does not agree with some of the reasons graduate student leaders presented regarding wanting to leave UCSA, such as dissatisfaction with the number of meetings.

“To me those were such ridiculous comments,” he said. “At the end of the day we have a lot of stuff at hand, (but) we have a fundamental duty as students to advocate on behalf of students and represent their voices.”

Khosravi said he thinks UCGPC cannot advocate effectively on its own.

“(UCGPC) has no security, no feasible plan of how to move forward,” he said. “There’s no procedures, no process, no professionalism … they keep making the assumption that graduate students can do it all.”

During the conference call’s public comments session, several graduate students said they were opposed to UCGPC separating from UCSA and said they think the vote was not done in a transparent manner.

“I want to say really quickly that it’s a bad idea,” he said. “Coming from the perspective of the (teaching assistant) union … (graduate students) depend a lot on the support and size of UCSA.”

Sophia Armen, a graduate student from UCSD, said she thinks it is troubling that students leaders made the decision early in the academic year.

“I did not know (graduate student leaders) were considering this proposition,” she said. “(Leaving) is such an incredible disservice to graduate students.”

UCSA President Judith Gutierrez said she wants to work with UCGPC to advocate for students, but added she does not know what the association’s future plans are.

“To be completely honest that’s what we’re trying to figure out,” she said. “We respect the decision that UCGPC made and I still look forward to assisting the graduate students with their goals and the path they want to take.”