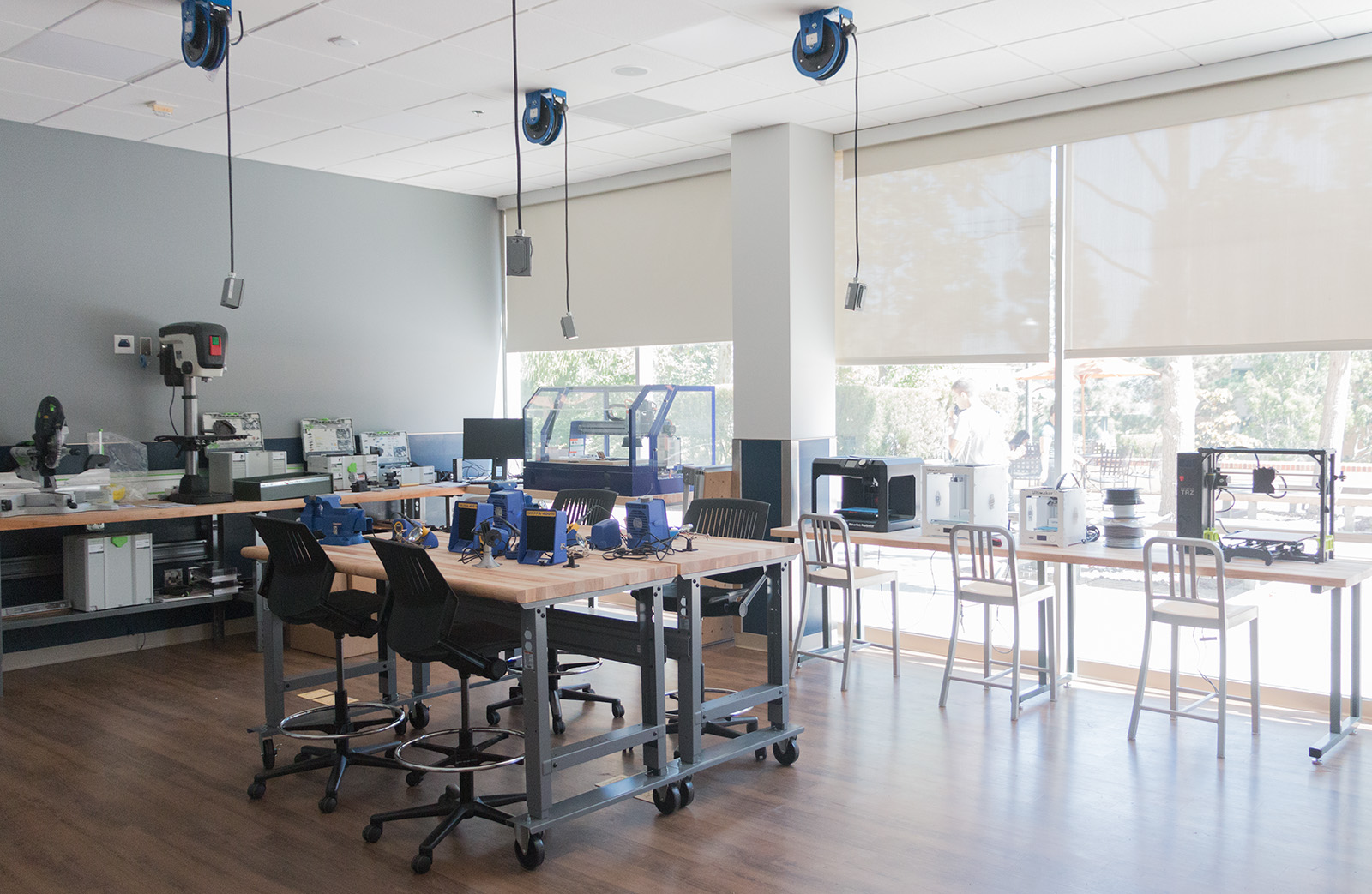 Students will soon be able to create digital design projects and other handiwork at a new makerspace on the Hill.

UCLA Residential Life is opening the Maker Space at Rieber Hall in fall quarter after completing renovations two weeks ago. The room is equipped with tools such as laser cutters, 3-D printers, scanners and computers with design and programming software installed. The space also features a station with power tools for wood and metal working.

Jake Wilkinson, the makerspace manager, said he is still setting up the space and recruiting staff, but he hopes to open the space to students in three to four weeks.

Wilkinson said the makerspace will also host workshops and events such as hackathons. He added that various engineering, art and design student groups have already expressed interest in collaborating with the makerspace.

“I like to think of this (also as an arts) place, not just (science, technology, engineering and mathematics),” Wilkinson said. “It kind of encompasses almost all majors from art to engineering to science.”

Nina Duong, the Sproul Hall resident director, said the Design and Innovation Community in Sproul Hall, which allows students interested in design and technology to live on the same floor and participate in different programs together, will be using the space.

“If they want to use the space to really just experiment and have fun and do something really cool and learn about something new outside of the classroom, that’s what (the space) is for,” Duong said.

Dennis Shen, a second-year mechanical engineering student and a resident assistant for the Design and Innovation Community, said he plans to take his residents on a tour of the makerspace in the next few weeks to familiarize them with the space’s resources.

“Because our floor has a lot of STEM majors and a lot are interested in new technologies, it’s great exposure to our residents because it’s the only place nearby that actually gives access to … all these kinds of technology that you normally don’t even get to play with in the classroom,” Shen said.

Shen added he hopes to host workshops with the makerspace by winter quarter to train residents on how to use the equipment. He added he thinks students will be ready to use the space by themselves by spring quarter.

“I’m excited because it provides resources that you wouldn’t think about a residential dorm having,” Shen said. “It’s about the out-of-classroom experience.”