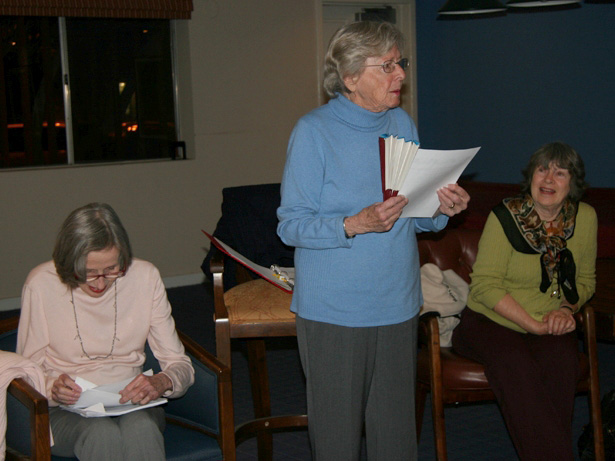 A UCLA group created to fight for women’s rights before UCLA was even established will be celebrating its centenary this year.

The UCLA Faculty Women’s Club is holding several programs for its members over the next few months, including dinners and galas, to celebrate the centenary.

The group worked with other women’s organizations in southern California to lobby for a four-year college in the region. Shortly after, in July 1919, the California State Legislature converted the LASNS into the Southern Branch of the University of California, which eventually became UCLA.

Today, the FWC, which is open to both male and female UCLA faculty and their spouses, provides social and educational opportunities for its members and funds scholarships for UCLA students.

The organization has various special interest sections, which are groups oriented around hobbies such as foreign language conversation, knitting and tennis. There are currently 18 active sections, and the variety of sections changes every year depending on members’ interests and demands. The FWC also invites guest speakers and presents the Woman of Distinction Award every year to a California woman whose achievements have benefited society.

Jo Knopoff, who was president of the FWC from 1973 to 1974 and has been a member since the 1960s, said one of her favorite parts of being in the FWC is meeting women from different academic departments.

“We were always giving dinner parties or going to dinner parties with (my husband’s) colleagues, but I didn’t have a chance to meet women who were associated with other departments except in the FWC and that was something we all valued,” Knopoff said.

Knopoff, who worked as an academic counselor in the College of Letters and Sciences until 1963 when her first child was born and whose late husband was a UCLA physics professor, said she thinks the special interest sections are a significant part of the FWC. She is currently active in the French section, but used to be active in the tennis and Italian sections as well.

Knopoff said she has noticed over the years that more of the club’s members are faculty or staff members, and not wives of faculty members.

“That’s in part because so many women now are working, and in the old days, a couple would support themselves with just one of them working,” Knopoff said. “There were a lot of faculty wives not working for pay and joined the FWC for enjoyment and to help along with its purposes.”

Knopoff said that while the club’s demographics are older, they are still eager for younger members to join.

“There are fewer younger women in the group. Younger women who are trying to raise a family and are married and are working probably don’t have that much extra time,” she said. “Most of our members are of retirement age because it’s a fun thing to do once you retire.”

Zorana Ercegovac, co-chair of the centennial celebration, said the club plans to use the centenary to increase awareness of the club and bring in younger members.

“We don’t see as many younger, diverse members as we would like,” Ercegovac said. “This is one thing I think our leadership is going to work on, to recruit and energize the membership, the composition of our members.”

Knopoff said she is impressed that many FWC traditions, including the special interest sections, have continued over the years.

“We’ve had a varying list of special interest sections since we were first organized,” Knopoff said. “They are a vital part of the organization, and the fact that we’ve had them for so long and that they’re still so popular speaks more to the continuity, which is something that we appreciate especially after 100 years.”

Ercegovac said her favorite part of being in the FWC is working with intelligent women.

“It’s intriguing to see how powerful these women are and how interested and motivated they are – I think this is one of the characteristics that is so transformational,” Ercegovac said. “If it wasn’t for the strong women and their skills and activities, we would not probably exist today, but (the FWC) is still very strong.”

Ercegovac said she plans to put together a book or visual presentation that documents the FWC’s history and includes interviews she conducted with older members. She added she will present the project to club members when the club turns 100 years old in March.

Bette Billet, the other co-chair of the centennial celebration, said the FWC has given her a chance to participate in social and intellectual activities with friends.

She added she values the friendships that she has formed as well as the opportunity to share her interests through the special interest sections.

“I was a pediatric nurse specialist at (Ronald Reagan UCLA Medical Center),” Billet said. “To continue engagement with the UCLA people … is kind of what (FWC) means (to me).

Knopoff said she values being able to work with women who are so dedicated to the FWC.

“The most enjoyable part of FWC is working with intelligent women who have the best of the organization in mind and work hard to achieve our goals, but have a very nice time associating with each other along the way,” she said.