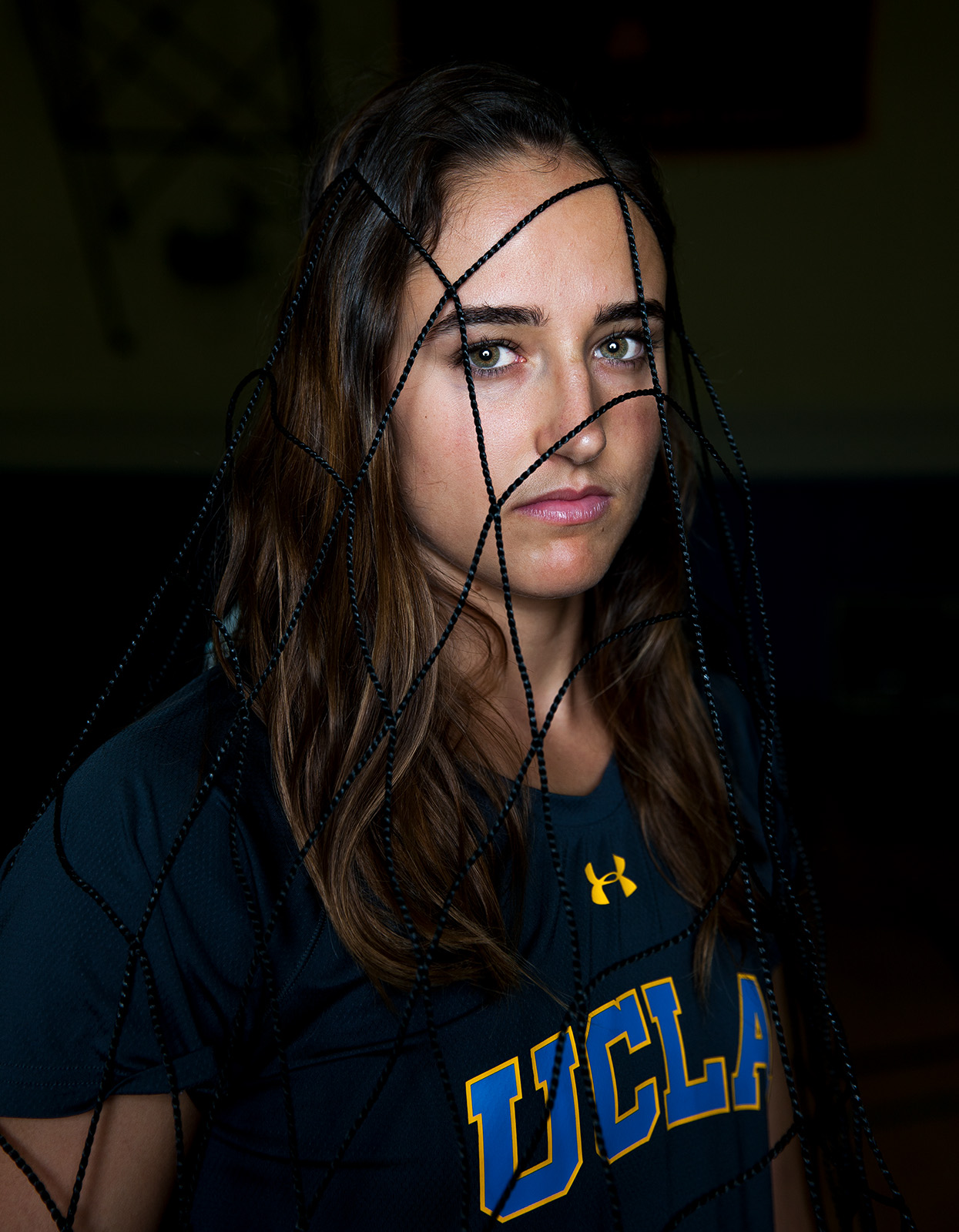 Senior setter Sarah Sponcil transferred to UCLA to play both indoor and beach volleyball. She will play out her last year of indoor eligibility as the Bruins’ setter, in addition to two more years of beach eligibility. (Aubrey Yeo/Daily Bruin senior staff)

The NBA offseason was dominated by Twitter beef between Kyrie Irving and Lebron James.

The NCAA women’s volleyball offseason couldn’t have been more different, at least for UCLA.

Senior setter Sarah Sponcil was “the one” at Loyola Marymount University.

“She was such a good piece for LMU; she was the catalyst that really helped them get to new heights,” said Bruin coach Michael Sealy. “People are going to rely on her – that’s her personality and how skilled she is – but I think she didn’t want to be the one.”

Sponcil spent three years as an outside hitter for LMU, leading the team in kills in her last two years. She was the top hitter in one of the biggest games in the history of the program – a straight-sets upset of then-No. 6 Stanford to send the unranked Lions to the Sweet 16 in 2015.

But it wasn’t enough.

“I just felt like I wanted a change in my life,” Sponcil said. “I knew that coming over to UCLA, I would be challenged in ways that I wouldn’t have if I would have just stayed.”

A coaching change set Sponcil’s story in motion. She said she was devastated when she found out coach Tom Black would be leaving LMU and taking his staff with him.

Black was the coach who taught Sponcil how to hit outside and turned her into a leading scorer. Sponcil had spent her entire precollegiate career as a setter, but she didn’t know what position she would play during her senior season in Westwood.

“A lot of girls knew she’d be on the court just because of how good she is with everything,” said freshman outside hitter Alexis Light. “We just didn’t know where she would be.”

UCLA had plenty of pin hitters, but gaps at the libero and setter positions were left open after the graduations of Taylor Formico and Ryann Chandler, respectively.

Sealy first saw Sponcil set a volleyball when she was coaching at a youth camp, not at practice.

“When I had people tell me, ‘Oh, no, she’s a great setter,’ you always assume, ‘Okay, she probably sets a good, hittable ball,’” Sealy, a former NCAA champion and setter himself, said. “I was really blown away with the rhythm and the cadence that she had because that was very, very sophisticated.”

On the first day of double days, Sealy gave Sponcil the setter position.

“A setter dictates the flow of the offense, and what their rhythm is will dictate the rhythm of the entire offense,” Sealy said. “It’s like putting in a new quarterback.”

The women’s volleyball season is already demanding because the team has less than a month between the start of practice and the first game of the regular season. These demands were amplified by the fact that Sponcil – who had never played with her new teammates before – now had to step in as the setter.

But Sponcil came to UCLA looking for a challenge, and she faced this one head on.

“It’s been easy,” Sponcil said after the season’s fifth game. “I have really good communication with my passers and my pin hitters, my middles. … I’m really confident and trust them completely, which is what I need to feel.”

Sponcil is not the one slamming balls and racking up kills anymore. She is a play-caller, not a play-maker.

“When I was over at LMU, it almost made me so frustrated. I couldn’t really enjoy the game because I was not getting challenged myself,” Sponcil said. “I love LMU, nothing against them, but I knew UCLA was going to be just a little bit of a higher level.”

Both Irving and Sponcil ended up changing teams in the summer of 2017, but for entirely different reasons. Irving ran away from the opportunity to play alongside top-tier talent. Sponcil ran toward it.

“My teammates are challenging me, I’m challenging them, and it’s just such a fun environment and we can see each other get better every day because of that competitiveness that’s in the gym,” Sponcil said. “And I’m having a lot of fun with it.”