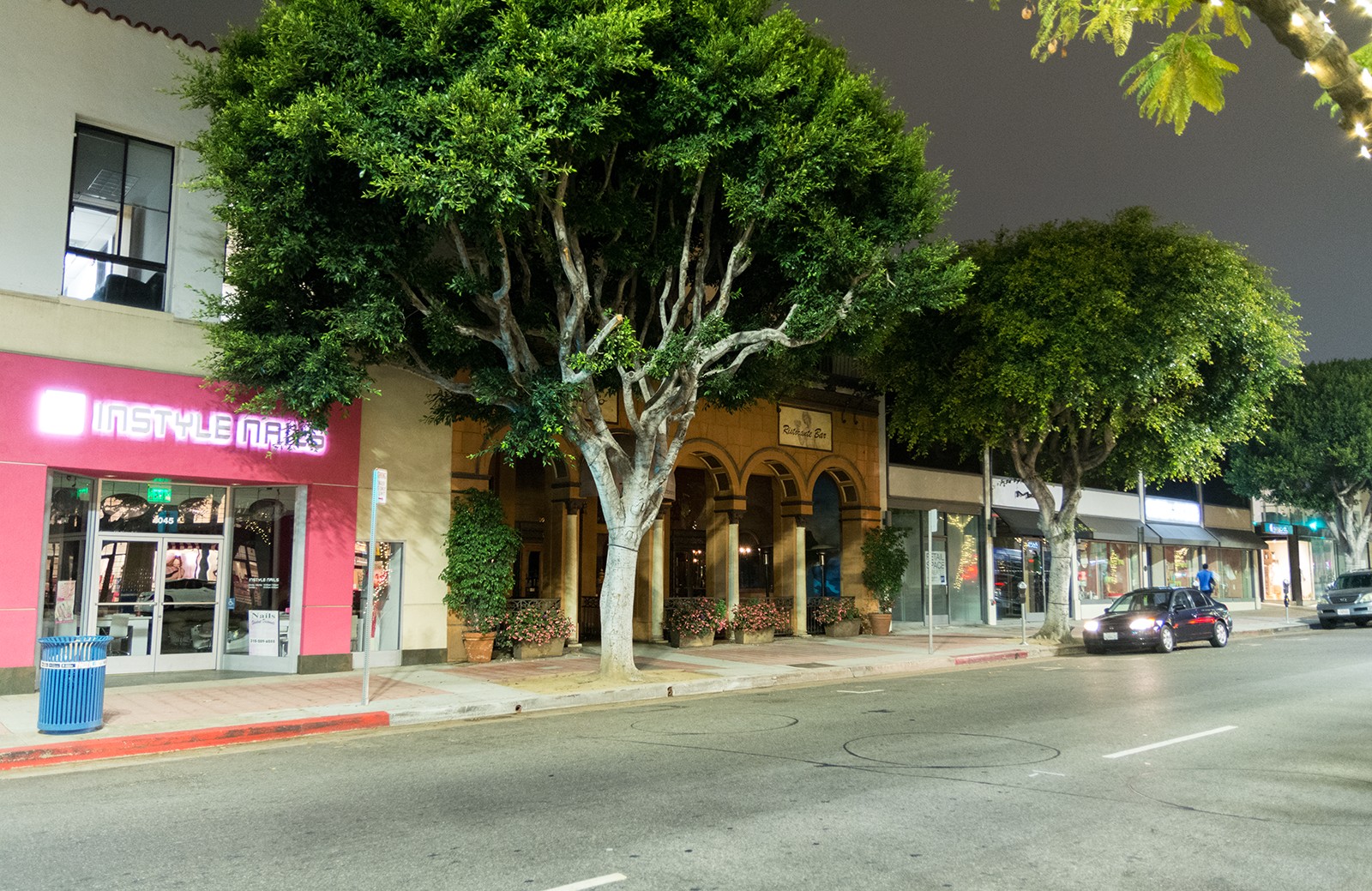 It’s common knowledge the Westwood Village needs to be revitalized to draw in diverse businesses that cater to residents’ needs. In order to do that, the Village’s officials need to involve students, not disregard their interests.(Daily Bruin file photo)

UCLA is known for its school spirit and energetic student body. But the vacant storefronts and struggling businesses in Westwood Village say otherwise about the surrounding community.

We needn’t look far for the main reason for this. The Westwood Village Specific Plan, designed in 1989 and most recently amended in 2004, defines zoning rules and lays out restrictions for how businesses may operate in the Village. The plan, however, is outdated and broad in purpose, and is too vague to address the needs of both students and other Westwood residents.

It’s clear that revising the specific plan will need to be a community effort led by the Westwood Neighborhood Council and the Westwood Village Improvement Association. But in order to do that, the WWNC and the association need a clear analysis of population and business patterns in the Village.

The solution must be twofold: First, the WWNC and the association need to discuss a vision for Westwood businesses, since the current plan’s purpose does not serve contemporary interests. The plan does not take into account population changes or the success of various kinds of businesses in the Village. Second, the two bodies must collaborate to research UCLA students’ interests in the Village and the kinds of businesses that have been successful. Data from this can be used to frame updates to the specific plan.

As of now, the specific plan does not consider that different parts of the Village are frequented by some demographics more than others. For example, the northwest section of the Village attracts more student patrons who visit bars, fast food and entertainment venues. And the plan’s biggest pitfall is that it fails to account for the growing population in Westwood resulting from increases in UCLA’s enrollment and staff.

This lack of foresight significantly hinders the community from serving the growing student body’s commercial needs. It’s no wonder businesses in the Village struggle: UCLA has 45,000 students, all of whom shop or live in Westwood, yet neither WWNC nor the association ensure that businesses cater to students. For example, the WWNC has sometimes made it difficult for restaurants to obtain liquor licenses, which may help restaurants attract more student customers.

And although Westwood has taken some steps to revise the plan, these efforts have not yet gotten far.

In April, John Kaliski, an architect who led a course at UCLA’s Luskin School of Public Affairs, and his students, who are pursuing amasters in urban planning, presented the association with a multifaceted proposal titled Designing Westwood about how to adjust zoning, parking and the overall purpose of the Village to make it a more lively destination.

Kaliski said he intended his report to spur dialogue about modifying the specific plan and lay the groundwork for further research centered around students in the Village. And the association created a committee of stakeholders to make a proposal to Los Angeles City Council District 5 about the report. Unfortunately, the committee fell apart, said executive director of the association Andrew Thomas, because stakeholders either were not interested or could not meet because of procedural reasons.

Since then, the association has not further considered the Designing Westwood proposal. It did, however, make a recommendation to CD 5 in August about revising the definition of restaurants to exclude incidental food businesses, such as Yogurtland and Starbucks, from being classified as fast food restaurants. This will benefit students by allowing more small-scale food businesses to set up in the Village. But the city’s urgency in asking the association to recommend revising the definition of restaurants in the specific plan indicates now is the time for Westwood leaders to act.

The first step is for both WWNC and the association to re-evaluate the proposals in Kaliski’s students’ report and discuss which parts would improve the Village with regards to contemporary issues, such as Westwood’s growing population.

The WWNC and the association should then seek out students to serve on their stakeholder committees. The association previously tried to create a local stakeholder board to make recommendations based on the Designing Westwood proposal, but members consisted only of non-student residents and business owners. This is a flawed approach. When continuing their efforts to redesign Westwood, the association needs to take student interests into account.

Likewise, the WWNC should reach out to students, leveraging its new Student Advisory Committee, an ad hoc committee created to represent students. The committee should work with UCLA to set up an email survey asking students what kinds of businesses they shop the most at and what kind of businesses they would like to see in the Village. Doing so would give Westwood officials the information they need to really create a vibrant Village that entices residents to continue patronizing businesses.

Of course, students are not the only stakeholders in Westwood. However, UCLA’s nearly 45,000 students make up the largest demographic near Westwood. Tapping into their interests would go a long way toward revitalizing the area. And considering students’ interests when discussing revisions to the specific plan isn’t at odds with the interests of residents; in fact, a Village that serves UCLA’s dense population and other residents would be best for the community’s economy.