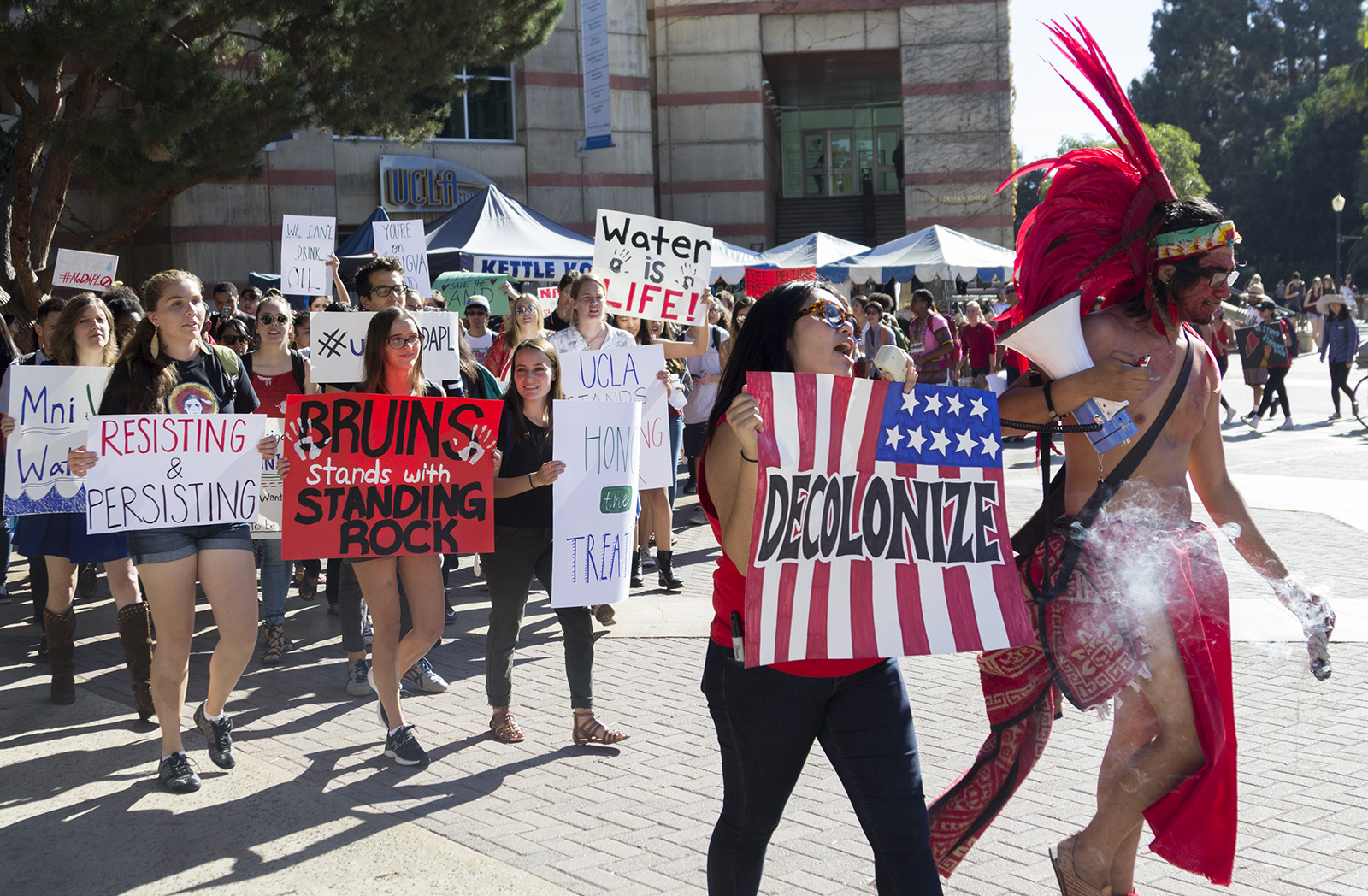 Clementine Bordeaux, a member of the Rosebud Lakota tribe, said she was surprised when the Los Angeles City Council voted to replace Columbus Day with a holiday honoring indigenous peoples.

“I think we were all kind of in shock that it passed, and so there was like this moment of … ‘Did that just happen?’ And then everyone celebrated – it was kind of funny,” said Bordeaux, a UCLA doctoral student in World Arts and Cultures. “But it was really intense – there were a lot of emotions on both sides.”

The council voted 14-1 last week to replace Columbus Day with Indigenous Peoples Day. Columbus Day, a paid holiday on the second Monday of every October, traditionally celebrates Christopher Columbus’ arrival in the Americas.

Bordeaux, who has been attending city council meetings regarding Indigenous Peoples Day since the Arts, Parks and River Committee first proposed the idea, said these meetings eventually grew in size and later incorporated small rallies outside city hall to spread awareness of the proposal.

“I think (the vote) is a small step towards awareness,” Bordeaux said. “I think American indigenous people feel like they don’t exist, especially in Los Angeles.”

“(Replacing Columbus Day) was not necessarily part of the original proposal, but it became very clear in the consultation process that that was important to Native American communities,” she said.

Speed, a citizen of the Chickasaw Nation, said she agrees with the council’s decision because Columbus was known for being cruel toward indigenous people.

“Every time that this country celebrates someone who symbolically represents the genocide of our people, it creates an ongoing harm in today’s world for our current people today, for children in public school who have to sit through celebrations of this man who throughout our community represents a near-extinction,” she said.

Speed said members of Los Angeles’ Italian-American community opposed the proposal to replace Columbus Day because they saw the day as a celebration of Italian culture.

Indigenous Peoples Day will not officially take effect until 2019 in order to help Los Angeles residents transition to the new holiday, Bordeaux said.

Kimia Fatehi, public relations director for the Fernandeño Tataviam Band of Mission Indians and a graduate student in the American Indian Studies program, said individuals who opposed the proposal often celebrated Columbus as an adventurer and dreamer.

Fatehi added she thinks the holiday promotes positive representation of indigenous peoples, rather than the negative portrayals often found in Hollywood and the use of Native Americans as sports mascots.

“This move … lets (Native Americans) tell their own story, their own way,” Fatehi said. “This is a celebration of indigenous people.”

Megan Baker, a citizen of the Choctaw Nation and a rising doctoral student, said the campaign for Indigenous Peoples Day reminded her of protests against the Dakota Access Pipeline. Native American groups opposed the pipeline in part because it ran through the Standing Rock Indian Reservation.

“People are more aware of the kinds of issues American Indians go through and this is trying to build on that kind of momentum of Standing Rock,” she said. “Americans all live on American Indian land – they have to reconcile that history alongside all of the other things going on in this country right now.”

Baker added that listening to opponents of the proposal emboldened her support for the change.

“They were revising history to make Christopher Columbus seem like a great guy,” she said. “But he really wasn’t. He took Indian people’s land, he killed them. There’s this history that people ignore.”

Although cities like Berkeley, Phoenix and Denver have already established Indigenous Peoples Days, Speed said she thinks Los Angeles establishing the holiday is significant because it has the one of the largest indigenous populations of any city in the United States.

“I think of (Los Angeles) as a kind of bellwether for the nation,” she said. “This is another step that I think will really put LA in the forefront of social change in this country.”