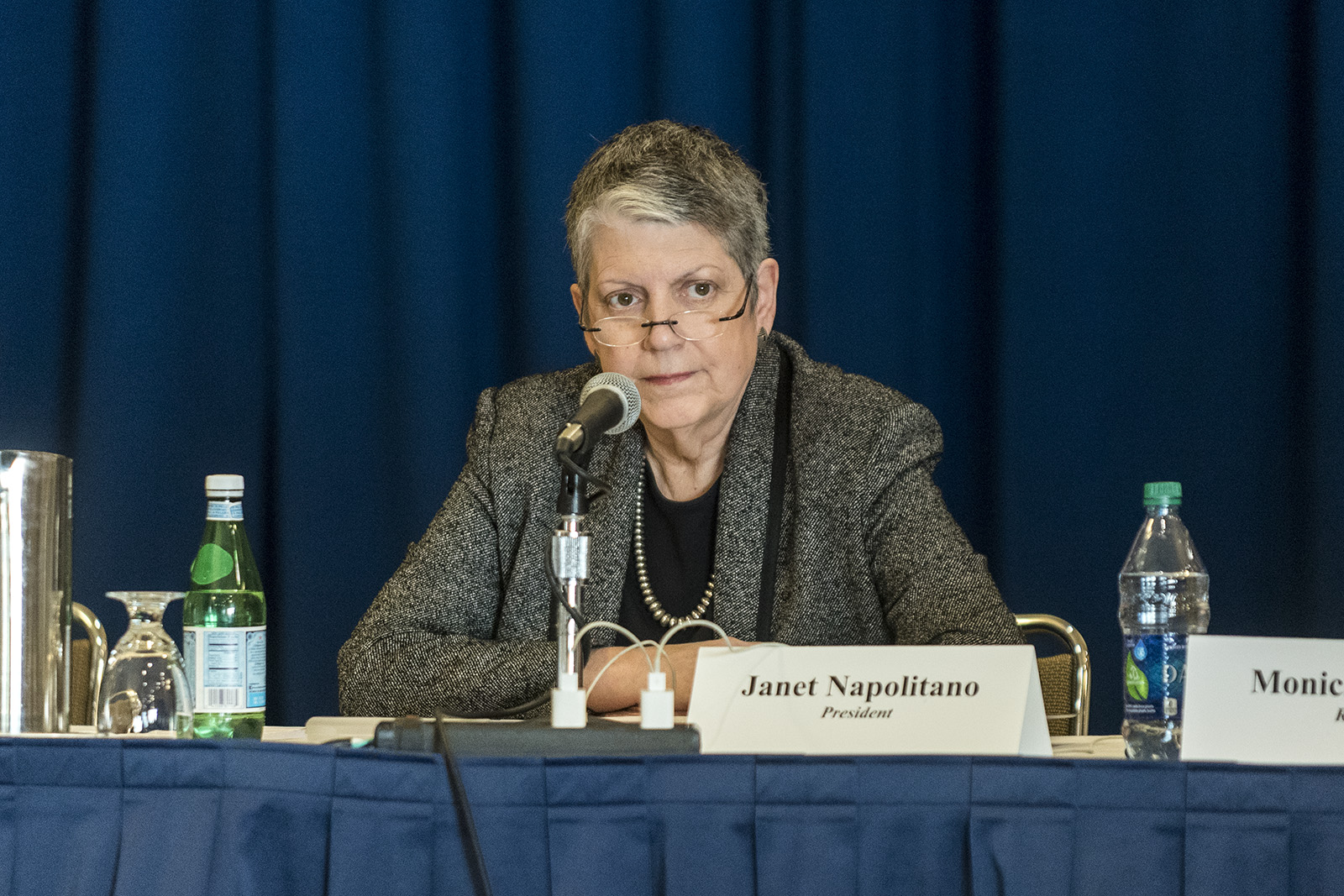 The University of California is suing President Donald Trump’s administration for ending Deferred Action for Childhood Arrivals, an Obama-era program that deferred the deportation of undocumented individuals brought to the United States as children. (Grace Zhu/Daily Bruin)

The University of California is suing President Donald Trump’s administration for ending a program that deferred the deportation of undocumented individuals brought to the United States as children.

The UC filed a suit Friday against the Trump administration in the United States District Court for the Northern District of California for ending Deferred Action for Childhood Arrivals. DACA, which former President Barack Obama enacted in 2012, has helped thousands of undocumented individuals procure the documentation necessary to get jobs, open bank accounts and obtain driver’s licenses in certain states.

The lawsuit claims the Trump administration’s ending of DACA is unconstitutional and unjust and violates the Due Process Clause of the Fifth Amendment of the United States Constitution, which prohibits the federal government from violating a person’s rights without fair treatment through the judicial system.

In addition, the lawsuit asserts the Trump administration violated the Administrative Procedure Act in rescinding DACA because it did not seek the public comment required for an order of its nature and magnitude. It also contends recent federal decisions do not support DACA’s recision.

UC President Janet Napolitano said in a statement Friday that the UC is filing the suit to stand up for students who are DACA recipients. She added she thinks ending DACA is unlawful and contrary to the nation’s values.

“Neither I, nor the University of California, take the step of suing the federal government lightly,” she said in the statement. “(DACA recipients) represent the best of who we are – hard working, resilient and motivated high achievers.”

“It’s important for Dreamers whose DACA registrations would expire between now and March 5 to apply for renewal between now and Oct. 5, because we anticipate those renewals to be granted,” Napolitano said in a press conference Friday.

Napolitano said the UC will ask the court to expedite the lawsuit and also call on Congress to preserve DACA.