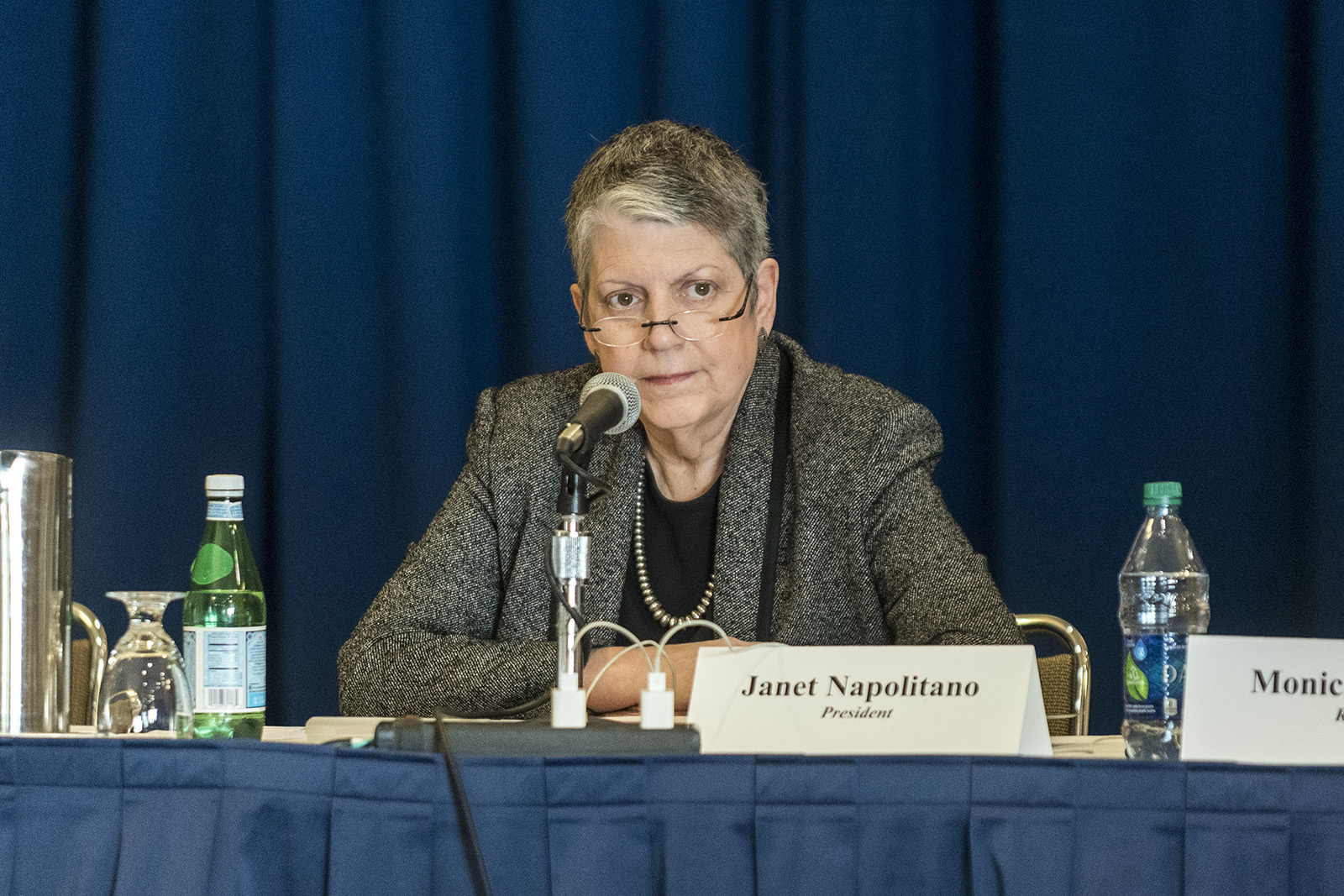 A state audit estimated the UC Payroll, Academic Personnel, Timekeeping and Human Resources project will cost $942 million to implement. However, the UC Office of the President maintains it will take $504 million to complete the project.

Correction: The original version of this article incorrectly stated the audit estimated UCPath's implementation to cost $929 million. In fact, it estimated it would cost $942 million.

The University of California’s plan to update its payroll system will cost millions more than originally estimated and is several years behind schedule, according to a state audit released Thursday.

The audit estimated the UC Payroll, Academic Personnel, Timekeeping and Human Resources project, which seeks to replace campuses’ outdated payroll systems with one processing center, will cost $942 million, triple its originally estimated cost of $306 million. However, the UC maintains that UCPath will only cost $504 million.

Claire Doan, a UC Office of the President spokesperson, said the state audit includes additional costs that should not contribute to the overall cost estimate. In addition to the UC-estimated implementation cost of $504 million, the audit estimates the UC will spend an extra $183 million for UCPath Center operations, $115 million for financing and $140 million for campus implementation.

“We do not agree with (the audit’s $942 million budget estimate),” Doan said. “We primarily look at it as constructive feedback.”

California State Auditor Elaine Howle said the UC originally projected that UCPath would save the university $753 million primarily because of cuts in staff. However, auditors now estimate that the project will have no savings because officials at several campuses they visited said they do not plan to reduce staff.

For example, the audit includes costs for the UCPath Center, but Doan said the center’s only operating cost is rent. The center is stationed on a single floor in a Riverside building purchased by the UC Board of Regents in 2014. The UC plans to renovate and lease other parts of the building to tenants to offset its cost, Doan added.

The UCPath Center will assume all payroll and human resources functions systemwide, according to the state audit. Doan added the UC believes the $130 million the state audit cited for the center’s operating cost should be included in the project’s operations budget, rather than its implementation budget, because the UC does not typically include operating expenses in project implementation costs.

UCOP issued $121 million in bonds to cover the cost of UCPath, but UCOP only accounts for $6 million in its estimate, according to the state audit.

However, Doan said the state audit was incorrect in the project’s financial forecast because it included all implementation costs through 2036, well after the UC would complete the project. The UC is financing a 20-year bond to spread out the impact of the cost over a longer period of time at lower interest rates. Doan added the UC only includes interest expenditures as implementation costs if they are paid while it is completing a project.

The state audit also indicated the UC would need to consider expenses made by individual campuses while implementing the project. However, Doan said this would be unfair to include in the project’s implementation costs because each campus manages its own databases and interface systems independent of UCPath.

Howle said while the UC was supposed to complete the project by February 2014, it now plans to complete it by June 2019.

This is not the first time the UC has had to delay UCPath. Earlier this year, the UC announced it would push UCPath’s implementation at several campuses from August 2017 to December 2017 because it needed additional testing to make sure data from the old payroll system could be converted to UCPath.

Howle added reasons for the delay included UCOP’s unrealistic deadlines and failure to properly prepare for changes to the project’s scope.

Doan said UCPath is back on schedule to be implemented at UCLA, UC Merced, UC Riverside and the Associated Students UCLA in December, and at UC Davis, UC Irvine, UC Santa Barbara, UC Santa Cruz and Agriculture and Natural Resources in July 2018. She added UCPath would cost far less than individually replacing each of the 11 campus payroll systems.

Doan added the UC spends $100 million annually to fix payroll errors and said UCPath will function as a long-term solution to mitigate these errors.

According to the state audit report, UCOP has not been updating the UC Board of Regents on UCPath’s progress and has not been involving the regents in key decisions regarding the project.

While UCOP said last month that it would update the regents more frequently, Howle said she does not think the office is doing enough to involve the regents in the project.

In a letter to Howle in response to the audit, UC President Janet Napolitano said the audit does not reflect additional discussions UCPath leadership has had with individual board members. She added that UCOP has updated its practices for briefing the regents on the project.

“I have complete confidence in (the) UC’s ability to continue successful implementation of UCPath,” Napolitano said in the letter. “As with any extremely complex undertaking, we are constantly finding ways to improve and be more efficient.”