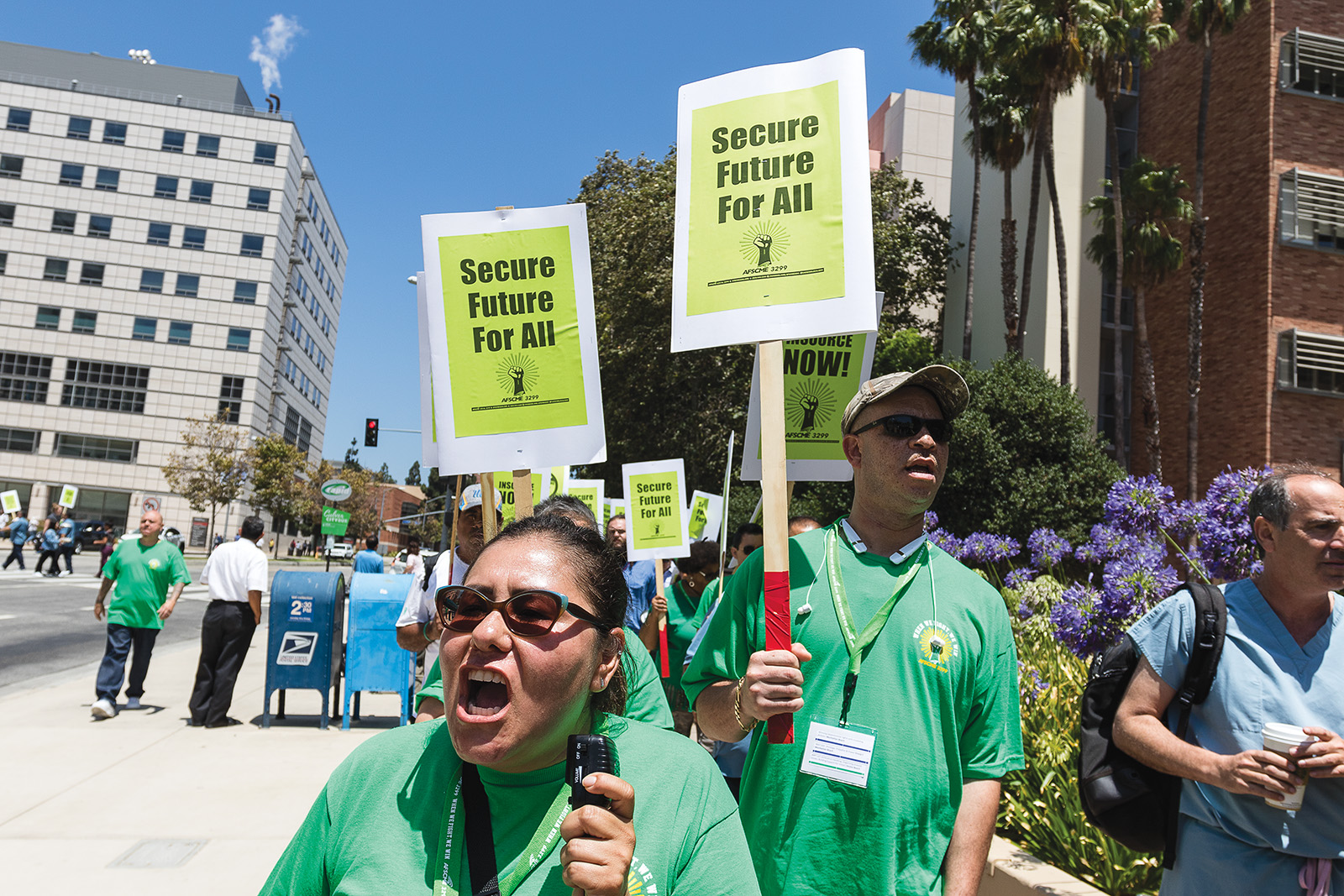 Correction: The original version of this article misquoted Tami Dennis.

Valet service workers, who help park visitor and guest vehicles at the medical center, are contracted through ABM, a facility management company. Beginning in August, however, the hospital will no longer be contracting out valet services, said hospital spokesperson Tami Dennis. Instead, it will offer in-sourced full-time, part-time and student positions.

John de los Angeles, communications director of American Federation of State, County and Municipal Employees 3299, the UC’s largest union, said the medical center would only offer 30 positions for the in-sourced program, even though the program currently employs 80 workers.

Several students and workers said they think the hospital will carry out the layoffs because the contract workers received a pay raise.

In 2015, the UC introduced the Fair Wage/Fair Work Plan, which requires that employees who work at least 20 hours a week, including contracted workers, be paid at least $15 per hour.

De los Angeles said the valet workers were not paid the amount guaranteed in the Fair Wage/Fair Work Plan for about a year.

“About a year ago, after pushing back, (contracted employees) finally got retroactive pay,” De los Angeles said.

De los Angeles added he thinks UCLA is in-sourcing employees because it was no longer cost-effective to hire contracted workers after their wages were raised. He said subcontracting usually helps the university save on overhead costs.

Several UCLA student leaders said they are concerned that most of the new in-sourced positions are for either part-time or student workers.

Parshan Khosravi, vice president of external affairs of the Graduate Students Association, said he is concerned that hiring students and making workers reapply to the same jobs puts existing workers at a disadvantage.

“I do not believe in these actions because they not only take jobs away from full-time workers who need them but are also not giving fair pay to the students (who) may later be hired,” he said.

Audrey Francis, a fourth-year environmental science student and member of the Student Labor Advocacy Project of UCLA, said she thinks it is insulting to see that UCLA is giving the jobs to students rather than career workers who depend on those jobs.

“These (contracted) workers who have been working at Ronald Reagan (since) nine years ago, at one point were making 9 dollars an hour,” Francis said.

Francis added that although the contracted workers who get rehired will get benefits like insurance plans and retirement benefits, she said she thinks it is wrong that the university is not willing to rehire all the workers.

“Right now, (the contracted workers) don’t have a guaranteed job from the company they currently work for, no guaranteed job for UCLA, no security,” she said. “The upsetting thing is that they are trying to lure students in with $14.50 pay, which is a big wage for students; it’s only that big because they’re paying (unionized) valet workers a lot more than that, and they get away with paying students less.”

In-sourced service employees at UCLA are unionized and make $15 an hour or more with benefits.

At the protest Friday, contracted workers and politicians said they thought it was unfair that the valet service workers will be laid off.

Fidel De Avila, also a contracted valet worker with ABM, said he is concerned that he will not be able to provide for his family after the layoffs.

“We started off at $8.50, now we got a raise, and we’re happy with that, but (UCLA) terminated (the contract),” he said. “I have four kids; I have a family and children to support; I don’t want to get behind on that.”

California State Senator Ed Hernandez said at the protest that he thinks the UC Board of Regents should treat UC workers better and that the UC has too few project labor agreements, which require contractors to give bargaining rights to construction unions.

“We are at an incredible university; it is a shame that (workers) are going to be laid off,” Hernandez said. “(It is) a bigger shame that the UC Board of Regents in the state of California (is) out of touch with the workers in here.”