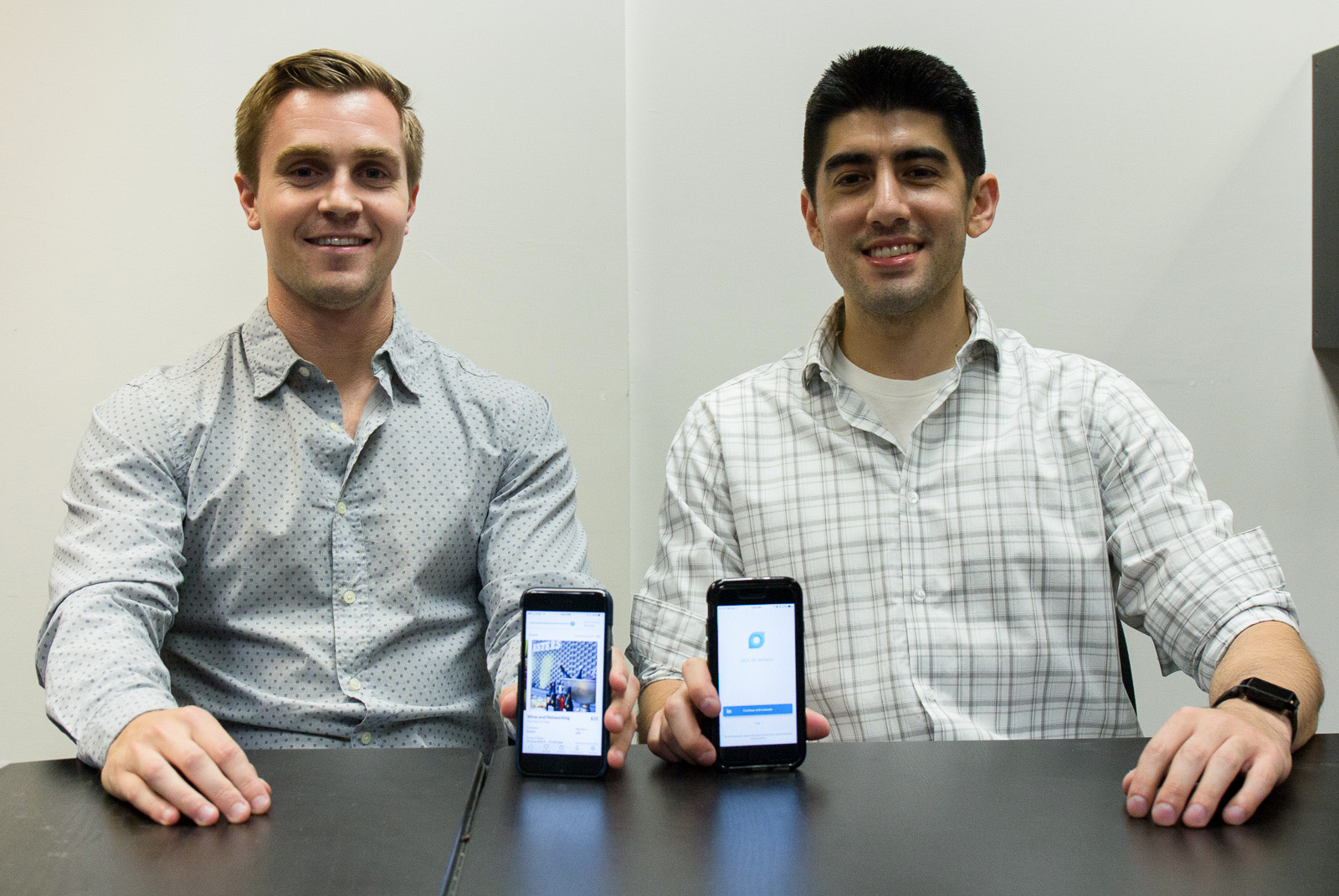 Andrew Bremner and Brandon Kessler founded Out of Office, a mobile platform that connects professionals through networking events and activities. (Chelsea Zhang/Daily Bruin)

Andrew Bremner didn’t think networking was important for career progression until he witnessed it firsthand at UCLA.

That’s why Bremner and Brandon Kessler, graduate students in the UCLA Anderson School of Management, founded Out of Office, a mobile platform that connects professionals through intimately sized networking events and activities. The app is scheduled to be released to a limited number of individuals in the first week of August.

“I got my first job because of my good grades in engineering, and I thought the whole focus on networking was just an excuse for not working hard,” Bremner said.

After he enrolled at Anderson and saw classmates obtaining opportunities in settings like happy hours and dinner events, Bremner said he realized he was wrong.

“I would see people in one industry get interviews with prestigious companies in completely different industries because of their network through UCLA,” Bremner said.

Bremner teamed up with Kessler to create a mobile app to help young professionals in Los Angeles access networking opportunities.

The app allows users to swipe through events and activities and sign up for ones they are interested in. Out of Office aims to maintain its professional nature by not revealing the names, genders or appearances of attendees and showing only the companies they work at instead, Bremner said.

Bremner said he and Kessler made their platform host only small networking events and activities because they felt traditionally large networking events were ineffective and contained too many people for participants to make meaningful relationships.

“(For) me personally, being an introvert, it’s harder for me to get out into those big events and break into a group and meet new people that way, so we determined that this was the best approach to high-quality networking,” Kessler said.

Kessler said they struggled with time zone differences when they outsourced the app’s development to a team in India.

For example, the day before an important meeting where Bremner and Kessler had to give a demonstration of the app, the demo version of the app expired, and they could not open the app on their phones or fix the problem. Because of the time difference with their team in India, Bremner and Kessler were unable to contact the team about the issue until the next day.

“We had a big meltdown. … Fortunately, we caught it the day before, and they were able to refresh it for us overnight,” Kessler said. “Had it been one day later that it expired, we wouldn’t have been able to demo the app in that meeting.”

Kessler said they also experienced challenges with attracting both vendors and regular users to the app. He said they spent most of their time reaching out to vendors who would host the networking events.

Ethan Halimi, an account manager at General Electric who used the app during its testing period, said he thinks the app is generally easy to use and liked that it shows the companies and industries that event attendees work at. He added that the app removes a stigma he thinks is attached to traditional methods of networking.

“When you go out to a meet-and-greet hosted by a friend, some people get scared about going out and meeting random people and trying to network out of office,” Halimi said. “This app and how it’s set up takes this stigma and throws it in the trash. It removes that stress … that uneasiness in regards to meeting random people.”

Halimi said he thinks Out of Office could be improved by adding a greater variety of events but thinks this will come naturally as the app becomes more popular.

“Once the app starts getting used more and more, I think that’s when it’ll start getting better and better,” Halimi said. “The variety of people using it is where the magic is.”