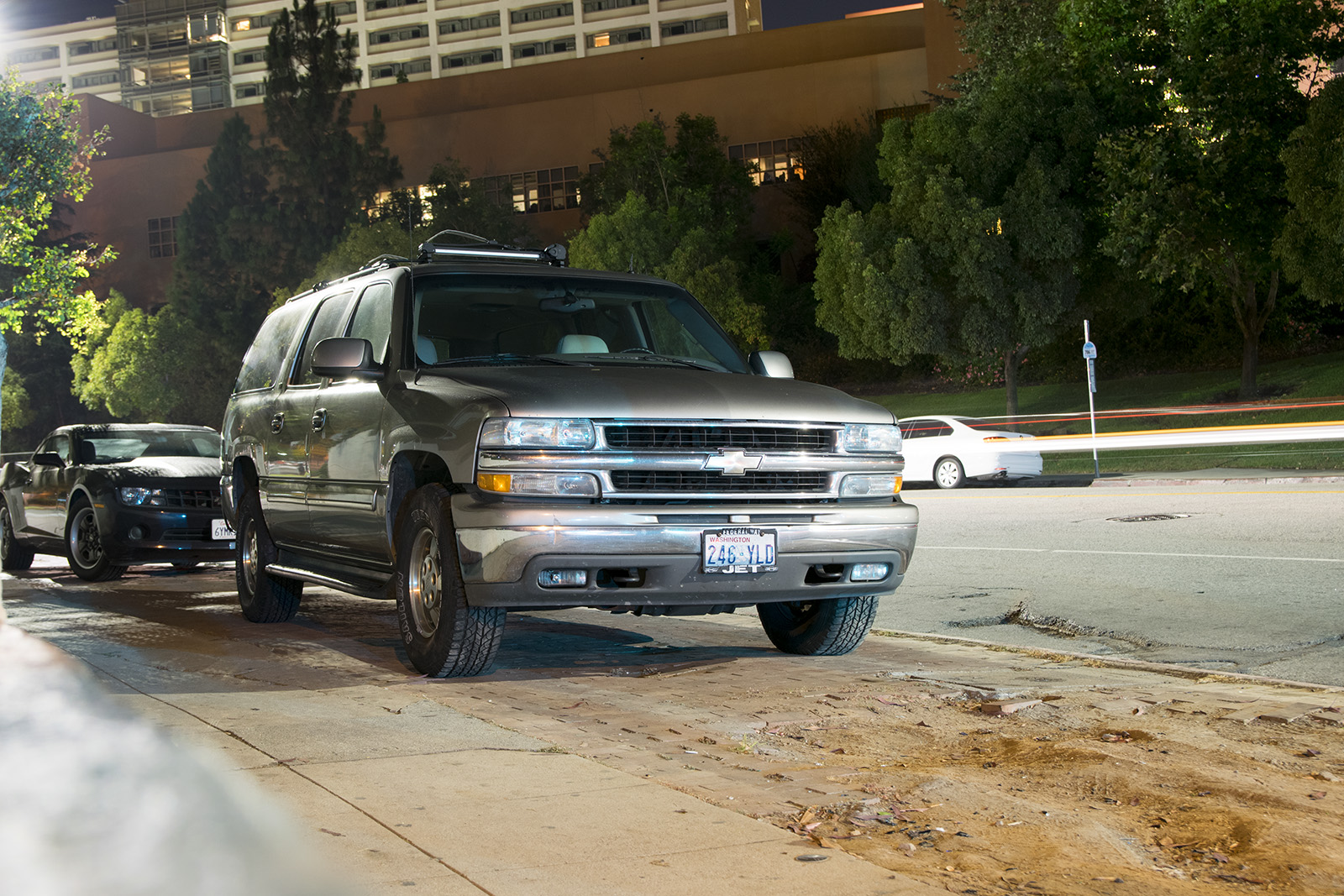 Los Angeles City Council approved an ordinance on June 28 to outlaw parking in the grassy area between the street and the sidewalk. The practice is common in North Village. (Michael Zshornack/Photo editor)

The Los Angeles City Council approved an ordinance June 28 to outlaw parkway parking, the practice of parking in the grassy area between the street and the sidewalk.

The city council suspended the original ordinance banning parkway parking in 2011 so the city attorney could review and rewrite it, said Sergeant Toni Bowie, senior traffic supervisor for the Los Angeles Department of Transportation. The city approved the rewritten ordinance since parkway parking violates state law.

A lot of parkway parking in Westwood occurs in North Village, where many students live off campus, said Donald Shoup, a professor in the department of urban planning and an expert on parking.

Shoup, who has conducted research on parking in North Village with his students, said he thinks parkway parking harms the quality of life for residents and can harm the environment if cars parked on grass drip oil.

“It makes the Village look like a slum if you see all these parked cars on the grass,” he said. “It’s just another way to make life better for cars and worse for people.”

Shoup added that he thinks the new law will not affect too many residents in North Village since he thinks most of them do not parkway park.

Bowie said parking enforcement officers from the LADOT will patrol throughout the city and issue citations to any violators.

University police operate independently of LADOT and will use their own discretion when issuing citations, said UCPD Lieutenant Kevin Kilgore in a statement.

“Our officers will still be patrolling the Westside as we have always done, but the primary purpose of patrolling the Westside is to maintain a visible presence and safe environment for the residents,” he said. “Additionally because UCPD works in an educational environment, we strive to provide educational components anytime we take enforcement action.”

Students living in North Village had mixed views of the new law.

Pashmeen Kaur, a rising third-year applied mathematics and economics student, said she thinks parking on the parkway ruins the scenery of North Village.

“I don’t really drive in LA so I don’t know the parking issues people face,” she said. “But the parkway isn’t really the right place to park since some people actually pay for street parking, but parkways are free.”

Simran Dhillon, a rising third-year biology student, said she supports parkway parking even if it harms sidewalk grass areas because it could help keep the roads clear.

“If people parked on the grass, there would be more space on the road, so that would be a plus,” she said.

Ashley Chuang, a rising second-year international developmental studies student, said she thinks the new law would make it difficult for visitors to park in North Village.

“It’s going to make parking harder for people and they’re going to struggle with that,” she said. “It’s sad that they can’t park on the grass anymore.