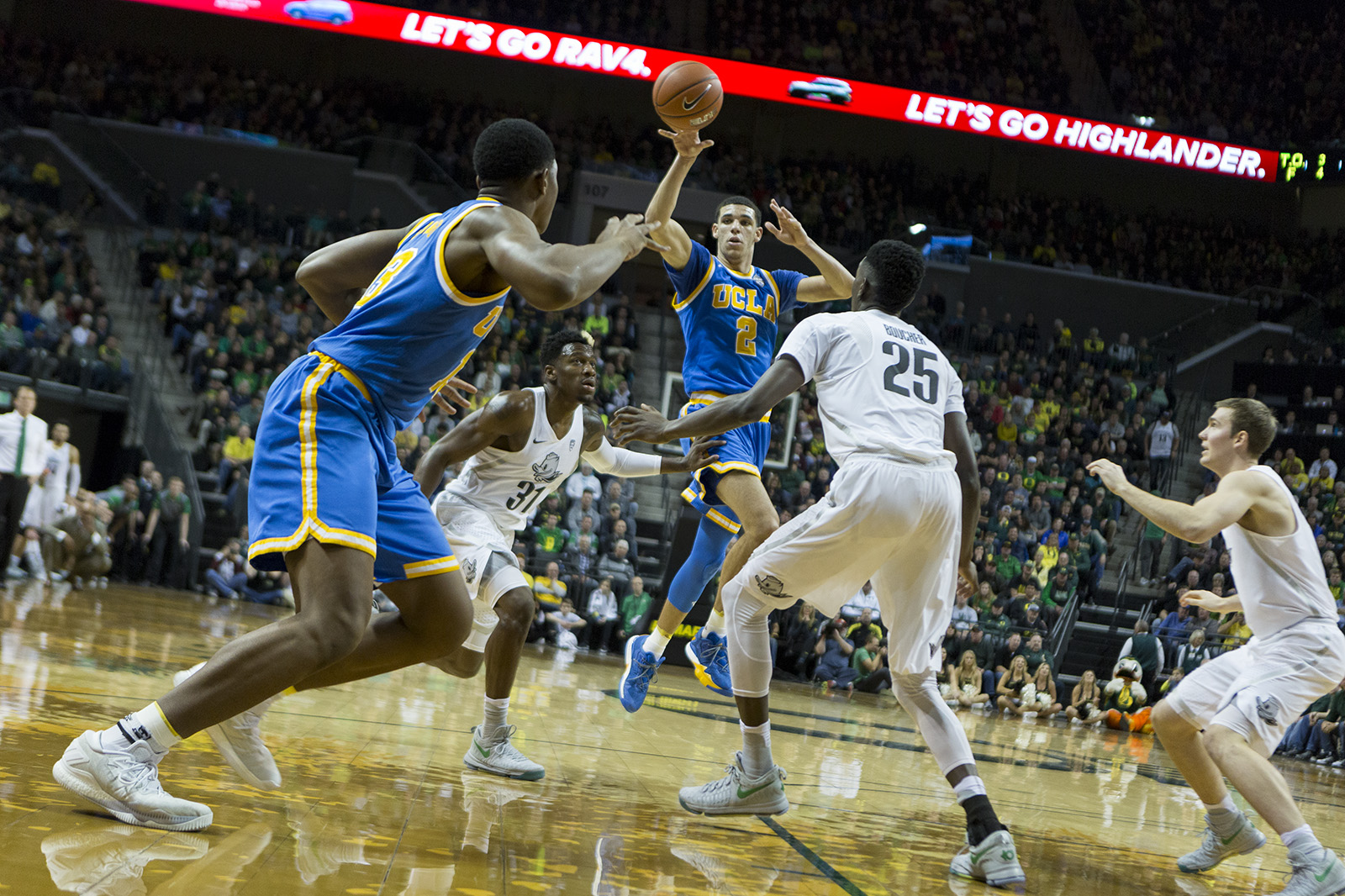 Early signs point to Lonzo Ball being able to carry his success at UCLA into the NBA. The point guard has been playing very well at the NBA Summer League following his freshman year as a Bruin. (Jintak Han/Daily Bruin senior staff)

Several individuals on the UCLA football team were recently named to different award watch lists for their efforts on the field.

The Football Writers Association of America recognized rising redshirt senior Scott Quessenberry as a contender for this year’s Outland Trophy for the nation’s best interior lineman. Quessenberry was also named to the watch list for the Rimington Trophy, another award presented to outstanding college centers.

Rising redshirt junior Austin Roberts was chosen for the John Mackey Award watch list, which is given to a notable college tight end. Rising senior linebacker Kenny Young was named to the Chuck Bednarik Award, designated for the College Defensive Player of the Year, after starting in all 12 games last season.

Rising junior quarterback Josh Rosen was named to the Maxwell Award’s watchlist for College Player of the Year and rising senior Jaleel Wadood is on the watch list for the Paycom Jim Thorpe Award, an award presented to the best defensive back in college football.

These awards will be presented live at the Home Depot College Football Awards on December 7.

In the round of 32, the All-American put together his best performance of the summer. He torched Philadelphia for 36 points to go along with 11 assists, eight rebounds and five steals. The Lakers won the game in the final seconds.

Ball went on to post his second triple-double of the summer league in a winning effort against the Cleveland Cavaliers in the round of 16, recording 16 points, 10 rebounds and 12 assists.

On Saturday night, the Lakers took on the Brooklyn Nets in the round of 8 and Ball continued to exert his dominance. He came up short of his third triple-double of the summer, collecting 14 points, nine rebounds and seven assists.

The Lakers played their semifinal matchup against the Dallas Mavericks and Ball posted solid numbers despite leaving the game with an injury. He scored 16 points and dished out 10 assists en route to a 108-98 victory to advance to the tournament championship.

Bruin right hander Jon Olsen is on the team. He fired three scoreless innings with five strikeouts in a game against the Futures Baseball League All-Star team.

“Olsen’s doing good,” Savage said. “He gave up some hits and runs early, his first or second outing, and then he’s been really amazing since. … Having this experience has been really good for Jon and his development.”

Savage said that Olsen’s fastball is sitting in the low 90s. His curveball has been good and he is continuing to work on his slider and change, Savage added. He has struck out 14 with no walks in just under nine innings of work.

International competition has shown Savage and Olsen different styles of play. Savage said Japan had a lot of runners and a lot of left-handed hitters with impressive arms, and Cuba was a little more right-handed and had strength.

“Those teams contrast in style quite a bit,” Savage said.