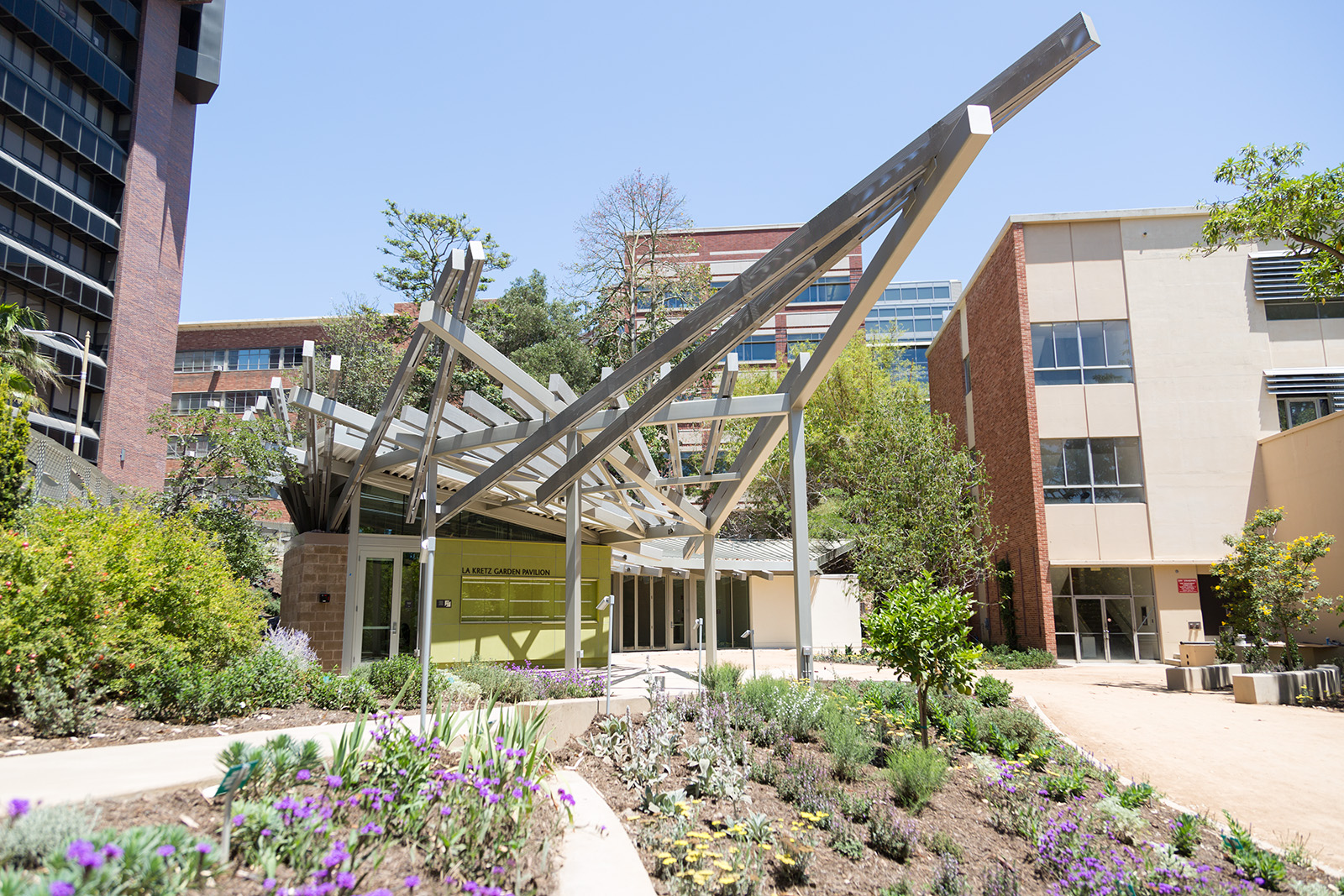 When Morton La Kretz was gathering swampy water at the UCLA Mildred E. Mathias Botanical Garden about 50 years ago for a biology class experiment, he never thought he would end up sponsoring renovations at the garden.

La Kretz, a UCLA alumnus who is now a philanthropist and real estate developer, gave a $5 million gift in 2014 to build the La Kretz Garden Pavilion, a welcome center for the botanical garden. The construction finished this spring and the garden held a ribbon cutting ceremony to open the pavilion last month.

La Kretz also made a $1 million donation in 2013 to build the La Kretz entrance, a well-marked entrance with a bold sign and a wheelchair accessible ramp, to replace the original entrance, which was small and hidden behind bushes, Sork said.

The new entrance and garden pavilion were meant to increase the garden’s accessibility, Sork added.

La Kretz’s gift and several other smaller donations will also fund a series of infrastructure improvements in the garden, said Philip Rundel, director of the garden and an ecology and evolutionary biology professor. The improvements include renovating the landscaping around the pavilion and adding a patio for dining below the pavilion.

The garden is composed of various smaller gardens that display different types of plants, Sork said. She added the garden plans to introduce new species of plants and organize them for displays.

“For instance, we hope to grow more Californian, local plants (in the garden) so that people can be educated about them,” Sork said.

Currently, the 7.5-acre-large garden is home to a worldwide collection of more than 3,000 species of plants, Rundel said.

La Kretz said he hopes his donation to the garden will better serve the needs of both faculty and students on campus and the local community.

For example, docents in the garden tailored a tour this spring for students in a food studies course to study plants with edible tissues, Rundel said.

La Kretz said he hopes the garden will help students like him who are interested in nature to learn about different plants and conduct their own research projects with resources in the garden.

The garden also connects the campus to the community, Sork said.

“Green space like this is very precious in a metropolis like Los Angeles,” Sork said. “It’s a valuable asset for the entire community to appreciate and enjoy.”

Sork said she plans to inform incoming students about the renovated garden and its resources by making the botanical garden one of the stops on the new student orientation tour.

“There are many unique things about UCLA and the garden is definitely one of them,” Sork said.

The garden will be holding an open house in September to officially introduce the new pavilion to the entire campus, Rundel said.