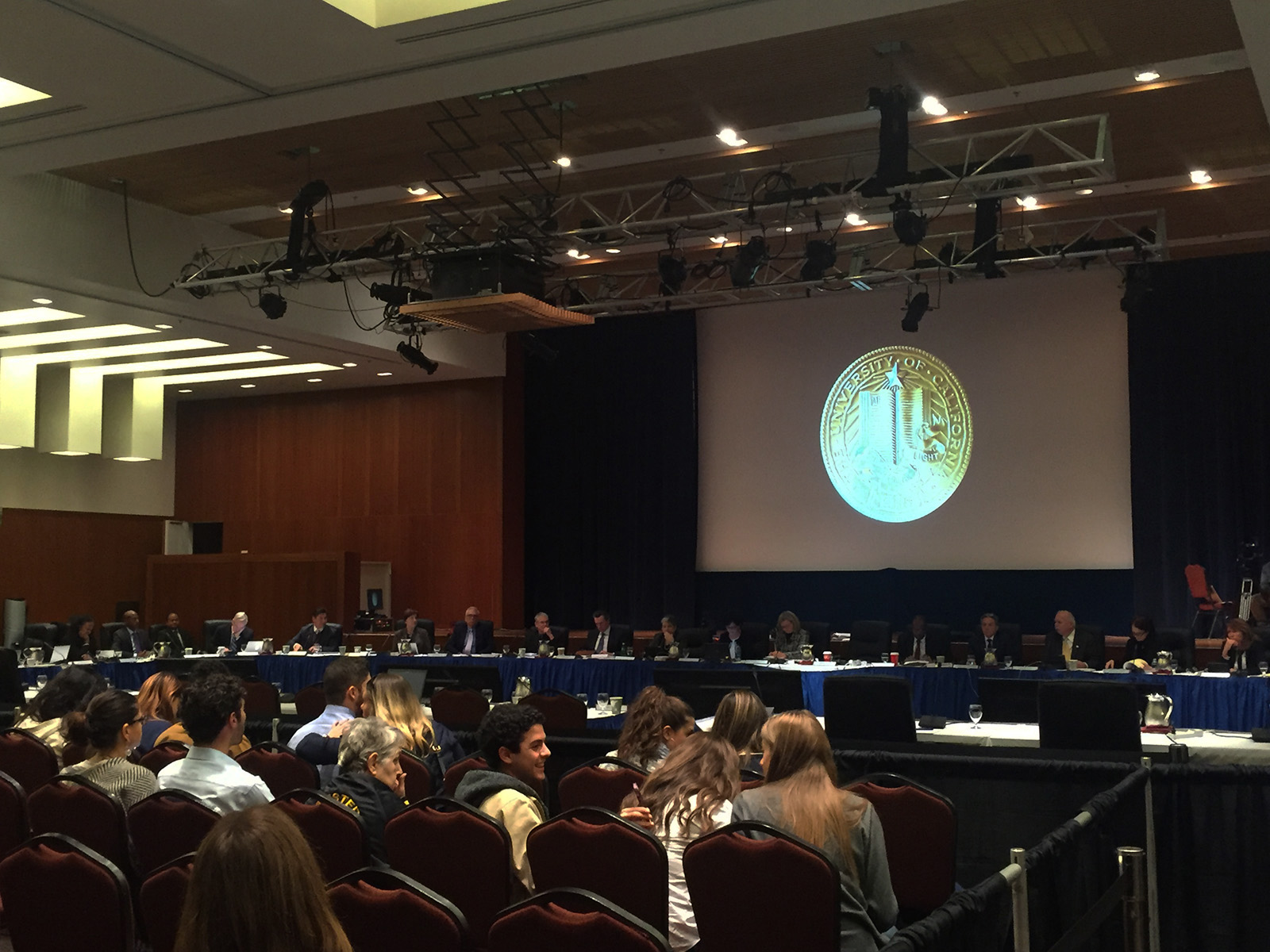 Some students and faculty members worry that University of California Regents are out of touch with students. (Daily Bruin file photo)

Several student leaders and professors said they were concerned that the governor did not follow proper procedure when nominating new regents last month, and felt the nominees were out of touch with California’s diversity.

The Council of University of California Faculty Associations wrote a letter to California state Sen. Kevin de León last week asking the state senate to reject the four regents Gov. Jerry Brown appointed last month. The CUCFA said Brown did not consult an advisory committee when selecting the regents, as specified by the California Constitution.

The California Constitution states that the advisory committee is supposed to make sure regent nominees are reflective of the economic, cultural and social diversity of California.

Stanton Glantz, a professor at the UC San Francisco School of Medicine and member of the CUCFA, said the association is mainly opposing the way Brown nominated the regents.

“In the case of these particular regents, we’re objecting to the hearing process that was used,” Glantz said. “(We were) careful in writing the letter to not oppose (the regents) as individuals.”

Glantz added that he thinks the governor should have used the advisory committee because he thinks the regents in general are not representative of California’s demographics.

“They’re a bunch of mostly millionaires,” he said. “If you just look at demographics, do you see any working-class people on there? It’s not a group of people you would see that resembles those walking on a UC campus.”

Michael Skiles, president of the Graduate Students Association at UCLA, said he thinks recent audits of the UC system have shown that the regents are out of touch with students.

“To (the regents), their lavish dinners may seem normal,” Skiles said. “It won’t even occur to them that these are abusive practices because they are completely out of touch with the struggles of people with lower income backgrounds. …”

Chloe Pan, external vice president for the Undergraduate Students Association Council, said she likes Regent-nominee Maria Anguiano because of her previous experience in working in the UC system and her background as a first-generation college graduate. However, Pan said she was also disappointed with the other regent nominees because of their lack of diversity.

“As much as the University of California loves to tout its emphasis on diversity, it’s pretty disappointing to see the lack thereof among the leadership responsible for governing it,” Pan said in an email. “For example, more than two-thirds of the board is white and this is neither representative of the population of the state of California, nor the demographics of the students who make up the UC system.”

Ralph Washington Jr., president of the UC Student Association, said he thinks students want to be more involved in the regent-nominating process.

“The California state constitution dictates that the governor seek consultation, but that’s not how things (have been) functioning for a long time,” Washington said. “What we have done is express our perspectives, considering we don’t have active control (over selection of the regents).”

Glantz said he thinks a major problem with the University is a loss of state funding, which he says has caused the administration to privatize the University and shift their priorities to fundraising instead of running the institution.

“There’s nothing wrong with philanthropy,” Glantz said, “but when (endowments) become a major source (of fundraising), it can start distorting priorities.”

Glantz added he thinks a lot of the regents think privatization is a good thing.

“What we’re saying in this letter is if we had a group of regents that was more representative of the people in California, if we had a more open process of selecting regents, it would lead to a more public discussion of this issue,” he said.