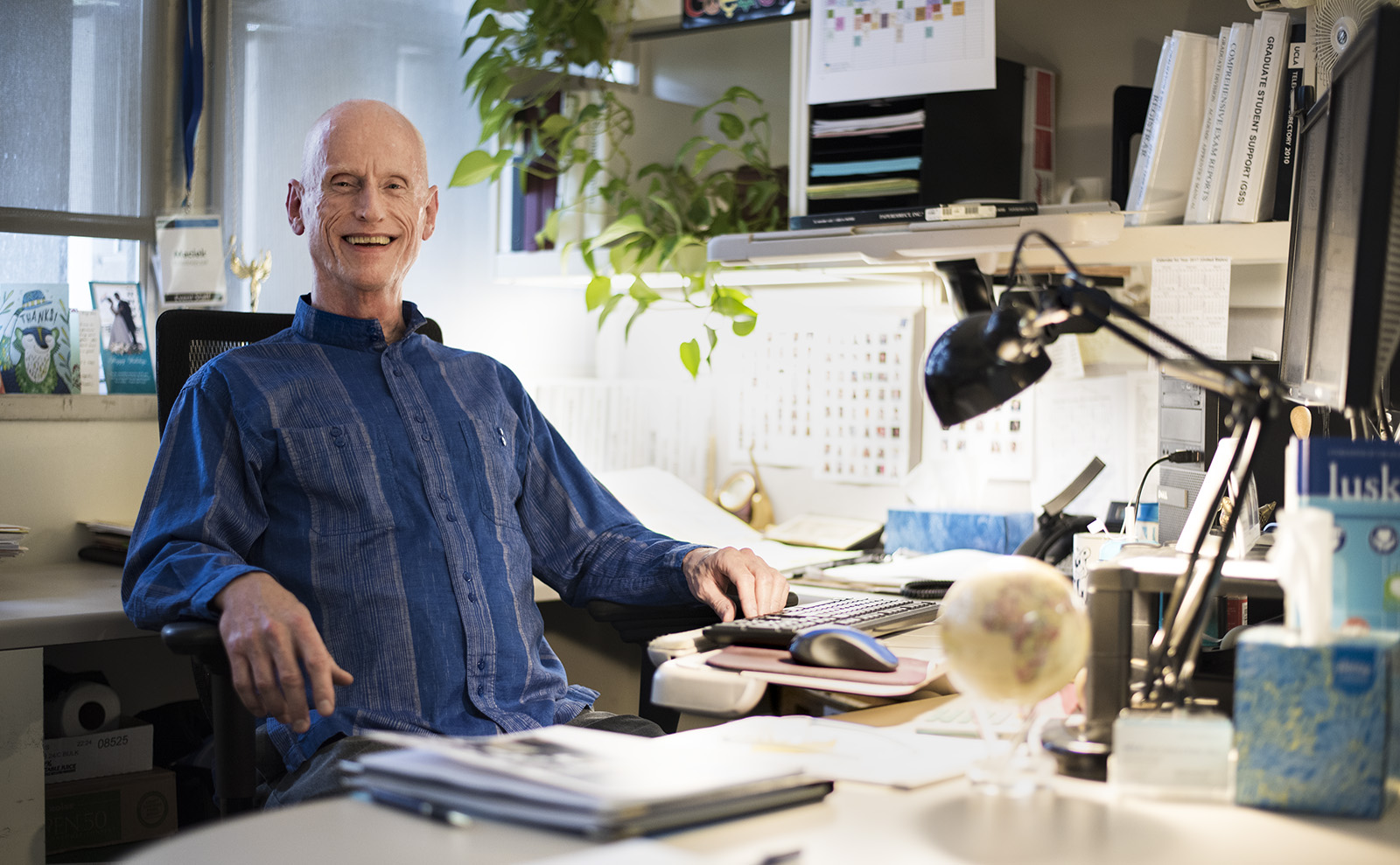 Maciek Kolodziejczak, the director of student services in the public policy program, will be retiring after 20 years in the Department of Public Policy. (Axel Lopez/Daily Bruin)

Maciek Kolodziejczak comforted a new student at a UCLA Department of Public Policy welcome event in 2001 because she was nervous about balancing her parenting duties with her graduate studies.

“There’s a lot of anxiety associated with graduate programs and with being a parent,” said Jocelyn Guihama, who is now the deputy director of the Institute on Inequality and Democracy at UCLA Luskin. “Maciek told me I was going to be fine. He always highlights a path that a student can succeed in.”

Kolodziejczak, the director of student services in the master of public policy will be retiring at the end of this month after 20 years in the department.

Guihama graduated from UCLA with an MPP degree in 2003. She did not sleep much near the end of her first year because of her new baby and she often worried about her finances for the upcoming year. During this time, she bumped into Kolodziejczak in the hallway, and he told her to apply for a certain fellowship to help fund her education, she said.

“Maciek is interested in making sure the students that emerge from a public university represent the diversity of our country,” Guihama said. “He has instilled in the other staff the need to advocate for nontraditional and diverse students.”

Kolodziejczak joined the UCLA Luskin School of Public Affairs in 1996 as the director of student services, dealing with admissions, advising and alumni relations. He said his favorite part of the job is rooting for students who do not have high grades but are passionate about pursuing the graduate program.

“I find it most gratifying when students who may not have stellar profiles for internships or funding come here and end up thriving,” Kolodziejczak said. “They are the underdogs of the program.”

In fact, Kolodziejczak said one of his favorite students was admitted off the waitlist and later became a top student in the program.

“I was the advocate for students who may not appear as attractive on paper as they are in person,” Kolodziejczak said. “We get to know them as individuals beyond the numbers and spreadsheets once they come in.”

However, Kolodziejczak said he has also had to reject students from the program because they were not a good match and could not handle the program’s rigor. He added he thinks the MPP program may not be for everyone because students have to use written and quantitative skills to analyze policies and back up proposals with evidence.

But although the MPP degree is rigorous, Kolodziejczak said he thinks the degree is not as highly regarded as a law degree or a masters’ in business administration.

“Our degree doesn’t have the respect that it deserves,” Kolodziejczak said. “It’s not seen in the popular perception.”

Prior to joining the Department of Public Policy, Kolodziejczak taught social justice at a Catholic high school and spent 10 years as a counselor at the UCLA Career Center.

“The critical part of my job is making a personal connection with the students whether I agree or disagree with their decisions,” Kolodziejczak said. “We are a small enough department that I can afford to do that with each and every student.”

Nurit Katz, who graduated from UCLA with MPP and MBA degrees in 2008, said Kolodziejczak supported her in school by giving her career counseling. Kolodziejczak would reply promptly even when she emailed him questions at midnight, Katz added.

“When I was a student, Maciek would always be working around the clock like me, and I appreciated the company, even when it’s electronic,” said Katz, who is now the chief sustainability officer for UCLA.

Albert Aubin, senior associate director emeritus at the UCLA Career Center, worked with Kolodziejczak when they were both counselors in the Career Center in the 1990s. Aubin said he thinks Kolodziejczak’s caring nature helped him make connections with students and staff.

“Maciek is always cheerful, whether it’s the passion and service he puts into his work, his joy on the dance floor, or his grit in running stair races to the tip-tops of tall buildings,” Katz said.

One time, when a staff member at the Career Center died, Kolodziejczak took it upon himself to contact the family and organize a funeral service, Aubin said.

After his retirement, Kolodziejczak said he plans to volunteer on campus and get in touch with his roots by working at a Polish film festival in Los Angeles. He said he will miss interacting with the students and plans to keep in touch with alumni.

“I think my work ethic has led to the evolution of this department to become more student-centered,” Kolodziejczak said. “I go out of my way to connect with students.”