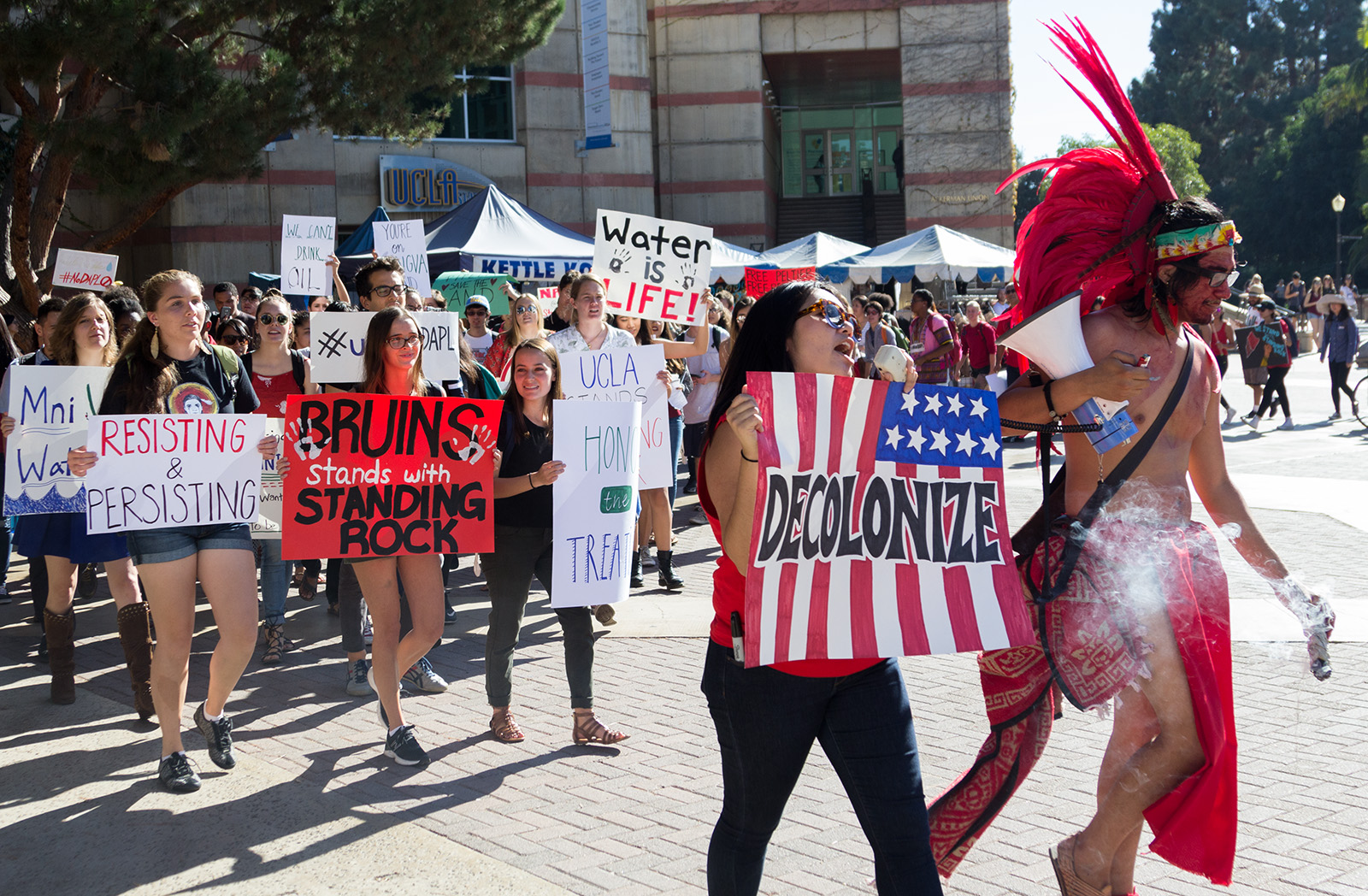 Several professors and students said they think student activism has increased after the 2016 presidential election, but there is still room for improvement.

This year, students have participated in large protests off campus such as the Los Angeles Women’s March or the March for Science Los Angeles, and on campus they have protested against President Donald Trump’s election and the Dakota Access pipeline.

Nicole Corona Diaz, general representative 1 in the Undergraduate Students Association Council, attended the Women’s March in February and said she thinks there was a sense of community between individuals at the march.

“When you join a protest in solidarity you feel like you are all together and fighting,” Corona said. “It’s an amazing feeling.”

Paul Von Blum, a senior lecturer in African-American studies and communication studies, said he thinks student activism has increased since the election because of Trump’s stances on immigration.

“The Trump administration is anti-students,” Blum said. “This is an important time to see increase in student activism.”

Von Blum, who participated in the Civil Rights Movement, said he thinks the Civil Rights Act of 1964, which prohibited discrimination based on race, religion, sex or national origin, would not have passed without activism.

“Political change comes from the people,” Blum said. “Activism is the movement that makes that happen.”

Jamie Kennerk, UCLA chapter chair for the California Public Interest Research Group, said she thinks students have been much more interested in getting involved with CALPIRG after the election.

CALPIRG is a student-directed organization that advocates on environmental, consumer and political issues.

“There was a big burst interest in (CALPIRG) after the election,” Kennerk said. “Students were more willing to sign (CALPIRG) petitions and talk to us on Bruin Walk.”

She added legislators are more likely to take action when they see thousands of people sign a petition.

“If we show politicians that the constituents care about the issue, they will listen,” Kennerk said.

However, Von Blum said he still wants to see more students engage in political issues. He added he thinks students are not politically active because they are too worried about their own grades and careers.

“(Students) are afraid and too self-centered (and) only concerned with themselves,” Von Blum said. “They have to realize that we are a part of a wider community, we are not individual atoms.”

Von Blum added he would like to see more students protesting against the recent tuition hikes and a recent state audit that found the University of California Office of the President did not disclose a $175 million surplus.

“(The) UC president is sitting on a large amount of money,” Von Blum said. “That money should go to students and students should be out there demanding action.”

Corona said that while she also thinks many UCLA students are politically apathetic, she said she wants to create a space for students to amplify their voices on campus and become more involved with activism.

“Just because we are not there yet does not mean we won’t get there,” Corona said.

Corona said she thinks different UC campuses should work together and make sure the UC system best serves students.

“If it’s just one UC protesting all the time, no one will listen,” Corona said. “To truly change the UC system, all the UCs must stand together and fight.”

“The student sitting next to you in lecture might be facing deportation or the loss of their rights,” Corona said. “These people are our peers and we should stand with them.”