Pushing myself toward surprising, unpredictable accomplishments -30- 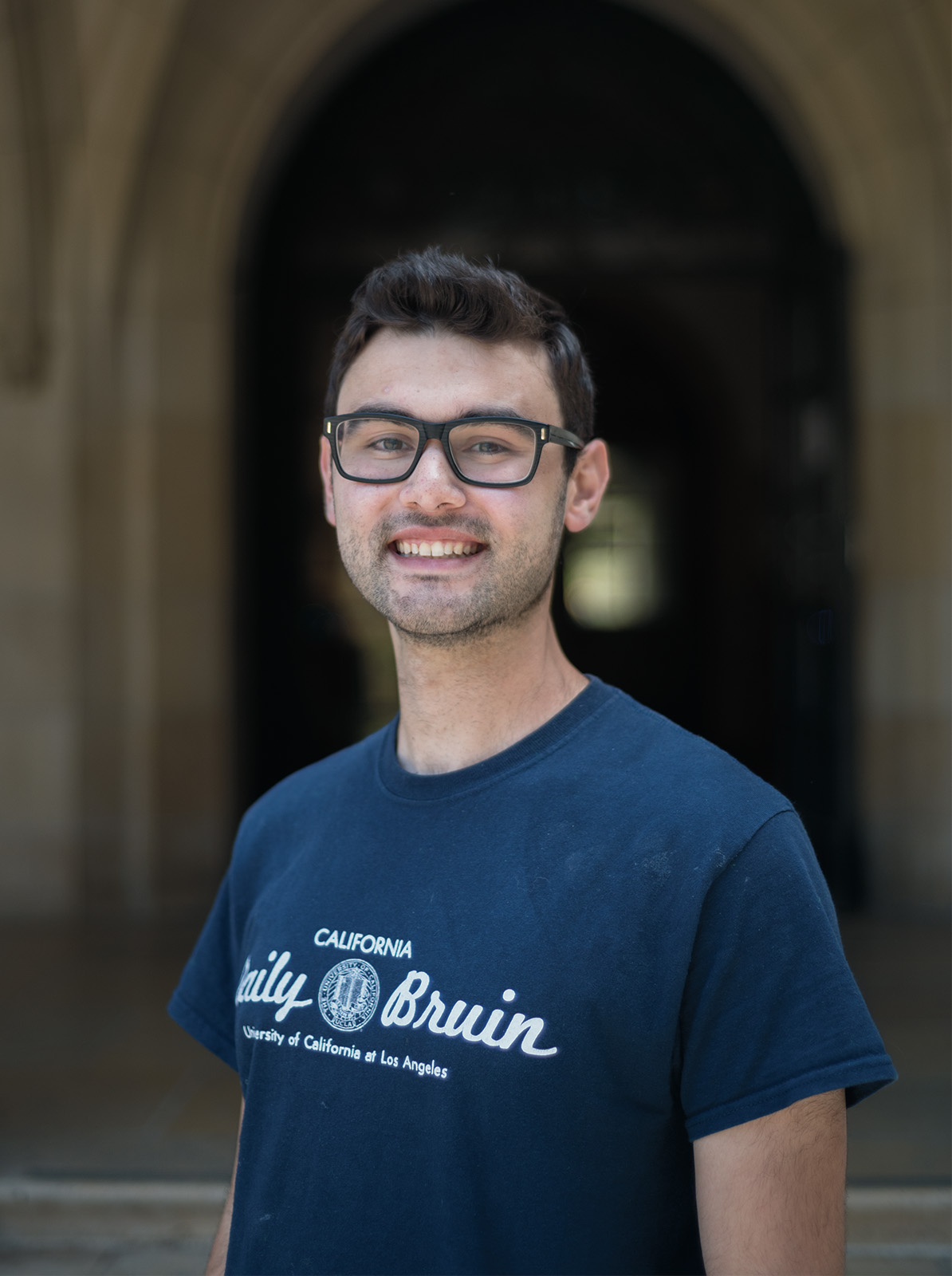 I remember waiting last year for -30- column drafts to come in, and everyone would offer the same excuse: “It’s so hard, I don’t know what to write!”

Now I’m three days past deadline and the new Opinion editor is badgering me to finish spewing whatever sentimental bullshit I’ve accumulated over the past four years.

I guess the circle of life continues.

I applied to the Daily Bruin my first year on a whim. For the first few months, I considered it just another extracurricular. I’d probably write a few stories before moving on to something else.

But this newspaper – specifically my editors in the Radio department – were pretty much the only people I’d really connected to on this campus by the end of the year. I found myself spending more time in the office because surprise, I actually kind of liked journalism.

So I felt compelled to apply to be an editor. Three years, two departments and roughly 444 days of production later – don’t fact-check me on that – I can look back on what I assume is an “illustrious career” by college standards.

But I think back to my first big task at the Daily Bruin: turning around a struggling Radio department lacking stories and listeners to consume them. I really tried to make it happen. I researched every facet of sound editing, looked into what makes radio scripts and podcasts compelling and tried to turn it all into tangible results at the Daily Bruin.

My grades and my mental health suffered. I spent many nights my second year sobbing alone in my dorm because I felt so alone and powerless. I probably invested way too much emotional energy into a small department – one that’s going to be cut next year anyway. And even now, I wonder if I can call whatever “turnaround” I achieved a success.

I can’t pin all that on the Daily Bruin though. I have social anxiety, get depressed often and have self-esteem issues – the job just exacerbated those feelings.

But since this column is taking an unexpectedly depressing turn, I want to focus on the flip side: why I’m still here writing this column.

I think my second-year self would be shocked to learn that he would eventually jump straight into the fire of Opinion. I’m thankful for my friends in the Radio department who were there to help me through my personal issues. I don’t think I would have been able to handle the next two years of editing without your support.

Even now, I’m still sometimes shocked to think that I’ve managed [email protected] – and all the controversies that have come with it – for an entire year. But to me, that very fact vindicates the weakness I felt back then. Putting your work on display five days a week for public scrutiny isn’t for the faint of heart, after all.

And I still have support, of course. I’m thankful for the Opinion editors who welcomed me into their section with open arms last year when I wanted to violate the maxim that I would never, ever write anything opinion-related. I’m thankful for my assistant editors this year who always had my back through the highs and many lows of running a page inherently meant to incite controversy.

I’m not sure if there’s any cliche life lesson to be learned from this neat little narrative, especially since there’s been so much more to my Daily Bruin career.

I have stayed up 26 hours in a last-minute scramble to cover Dance Marathon for Radio, interviewed candidates for everything from student government to city council to the U.S. Senate, met Gene “the Dream Machine” Block himself, been in the crosshairs of a semi-national controversy, gained an appreciation for Denny’s breakfast food and the Dungeness crab and learned to disdain palm trees and the general public.

Skipped sleep to handle late-night crises and angry letters. Yelled at writers to get their rears in gear. Interrupted Super Smash Bros. marathons to work out story pitches. Read pissy Facebook comments about my opinions. Discovered the magic of Slack emojis.

So I guess the sweeping cliche line here is to keep pushing yourself, because you never know what you’ll be able to accomplish. But take care of yourself too. We might all be a little messed up, but that doesn’t mean you can’t reach out for help if you need it.

Peace out, UCLA. I’ll be at Denny’s if anyone needs me.