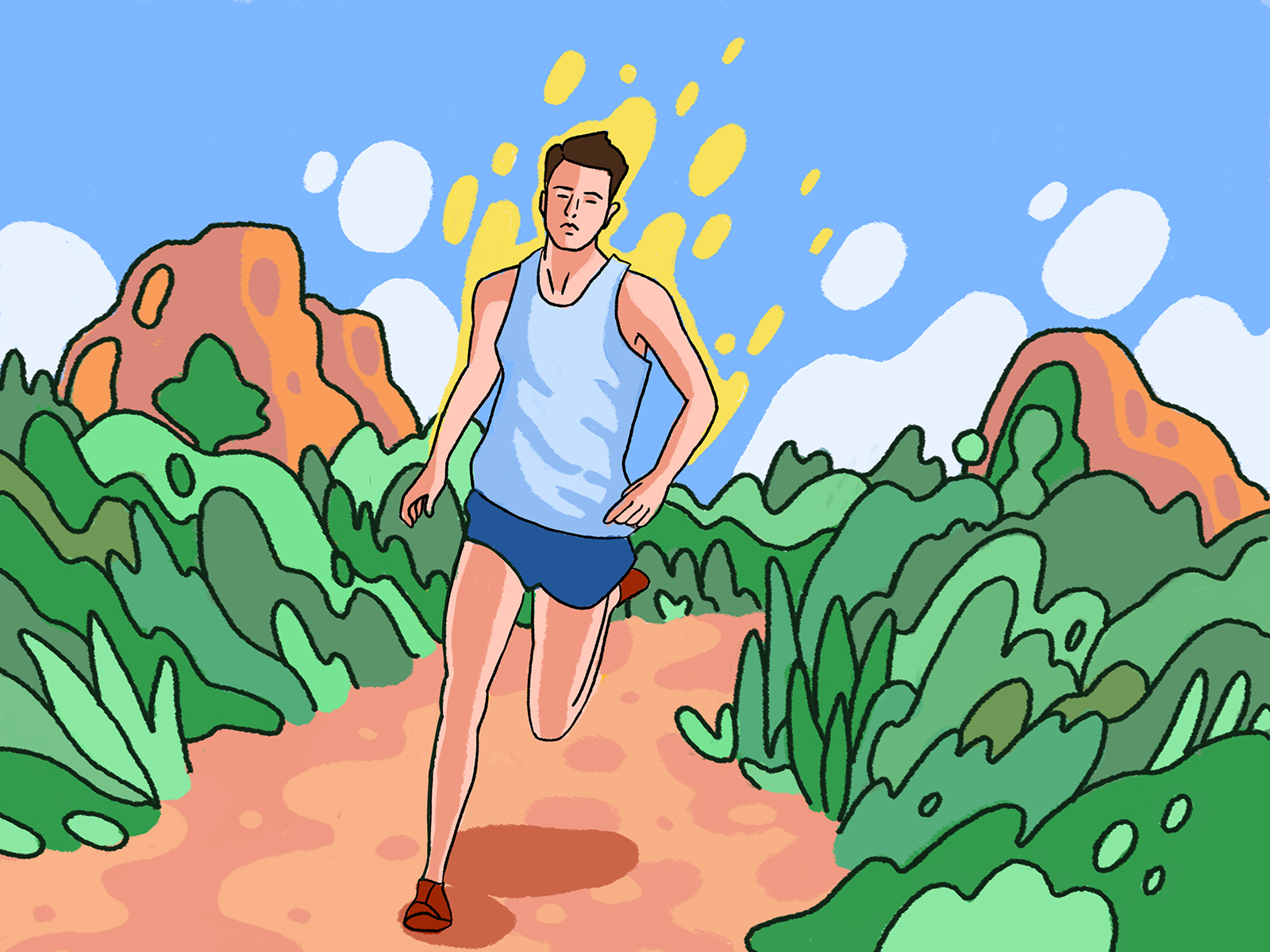 Dullstroom, South Africa, lies at a lofty 6,890 feet and is home to just 558 people – which leaves plenty of wide open space for some of the world’s top runners to altitude-train.

O’Neil has been a part of UCLA’s track and field and cross country teams since 2013, but mostly ran the 1500-meter or the 5000-meter in the three years between his freshman and senior years.

Both he and former Director of Track and Field Mike Maynard thought O’Neil would have the potential to become one of the best steeplechasers in the country because of his physique. Braden said the 6-foot-4 runner’s hip height would help him with the hurdles, and his endurance in the 5000-meter would help him handle the 3K.

O’Neil is long and lean – one of the tallest runners on the track team, distance or otherwise – and weighs in at just 150 pounds.

After talking it over with his coaches, O’Neil decided to take a redshirt year between his junior and senior outdoor seasons so he wouldn’t exhaust all four years of his eligibility before fully exploring the 3K steeple.

O’Neil took to the event quickly. He said the 3K steeple is the perfect middle ground between the 1500- and 5000-meter races he was already accustomed to.

“His redshirt year was pretty important just experiencewise,” Braden said. “He needed to get some of that big-time experience, and he was able to do that last year. … He actually took to the steeple better than we thought.”

During his redshirt year, O’Neil ran at several meets as an unattached entrant, and at the Oxy Invitational in Eagle Rock, California, he posted a time of 8:36 just two weeks after his first-ever competitive steeple race.

O’Neil ran the 3K steeple at five meets during his redshirt year, and the experience he gained there solidified his position on the team as their newest – but oldest – steeplechaser.

Dullstroom is not home to any world-renowned training camp or secret track and field training facility. But it is very flat, wide open and nearly 7,000 feet higher than Drake Stadium, his usual training ground.

O’Neil self-trained and didn’t follow a regimented training program in South Africa. He added he had to be careful not to put too much stress on his body because of the altitude.

O’Neil said he would switch off between “easy” 8-mile runs and harder workouts, in which he would work in interval training, which entailed running about 20 miles in a single day.

“You’re not really there to run fast, you’re just there to get really strong,” O’Neil said. “You go to altitude and you build a lot more red blood cells so when you come back your body is more efficient with the oxygen so you just feel stronger.”

Braden said O’Neil was able to tackle workouts that would normally leave runners breathless with ease when he got back from Dullstroom.

This year O’Neil was voted the distance team’s captain, and Burke said the senior leads by example. That example includes two first-place finishes, two second-place finishes – out of seven total event entries on the season – and personal records in both the 3000-meter steeplechase and the 5000-meter.

“He’s got a huge role in the team in terms of leadership,” Burke said. “Especially because our team was a little young this year. We had a lot of good young guys so it was very important to have someone like him fill that role and show the guys how we do things here at UCLA.”

O’Neil’s personal record of 8:44.46 in the steeple netted him the sixth all-time spot in UCLA history, and at one point, his time of 3:42.86 in the 1500-meter was good enough for fifth in the country.

O’Neil also made it to the NCAA Outdoor Track and Field Championships for the first time in his UCLA career.

“We’re so far away from (Dullstroom) now that it doesn’t really have that much benefit for me anymore … so I’m not feeling the effects of the oxygen anymore,” O’Neil said. “But I definitely put in so much work there that when I came home I was able to train really hard.”

O’Neil’s training produced results: a No. 15 finish in the 3K steeple at the NCAA championship meet. In just over one year, he went from never having run a steeplechase before in his life to being top-20 in the country.

With his UCLA career now over, O’Neil’s sights are set beyond college, and he said his time in South Africa prepared him for that, too.

“I want to continue running,” O’Neil said. “One hundred percent, that’s the goal.”