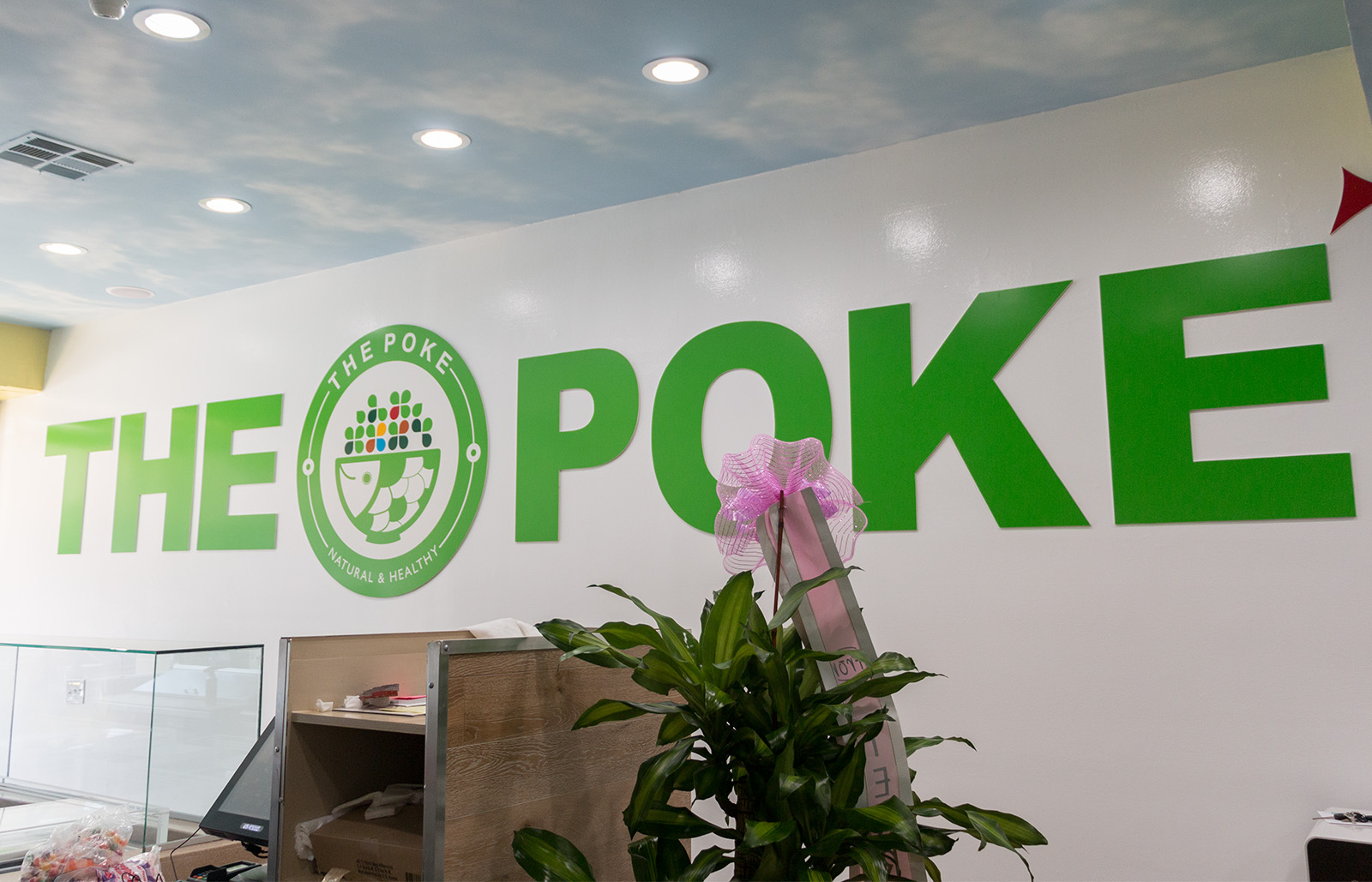 The Poke, a restaurant that serves poke bowls and hot plates, is the fourth poke restaurant in the Westwood area. (Laura Uzes/Daily Bruin)

Students can now choose from four poke places in Westwood with the recent addition of a new restaurant in the Village.

The Poke, a restaurant that serves poke bowls and hot plates served with cooked meat, miso soup, sweet radishes and other toppings, opened a new location Monday on Broxton Avenue.

Poke is cubed sashimi, typically salmon or tuna, served with rice and toppings such as onions, seaweed salad, white ginger and a spicy mayonnaise sauce. This dish, which originated in Hawaii, has become popular in recent years.

Westwood is currently home to Poke Me, Poke Bar and Sweetfin Poké. However, The Poke owner Kevin Kim said he thinks his restaurant is different from other poke restaurants in Westwood because it caters to a large variety of customers and has a live grill behind the counter.

“Everyone knows what poke is, but our store is special because we serve meat and other options for those who don’t enjoy seafood,” Kim said.

Kim said that, although he waited two years for an empty storefront to open up, he was able to open the store quickly once he identified the right location.

“I wanted to open a location in Westwood because it is popular here and there is a lot of foot traffic,” Kim said.

Andrew Thomas, executive director of the Westwood Village Improvement Association, said the Village is introducing another poke restaurant because of high public demand for poke.

Thomas said he was not sure whether the Village could support so many poke places, but he thinks that because The Poke is near other popular businesses it will draw in more customers.

Brian Truong, a pharmacology graduate student, said he would give The Poke a shot because it has more food options than other poke shops in the Village. He added he thinks The Poke is similar to Hawaiian poke stores because it includes meat dishes with the poke.

Kim opened The Poke’s first storefront in Silver Lake, California several years ago, before expanding to Newport Beach,California. He is currently working on opening stores in North Hollywood and San Francisco.