Emily Merz: Bike safety education should come before violations, not after 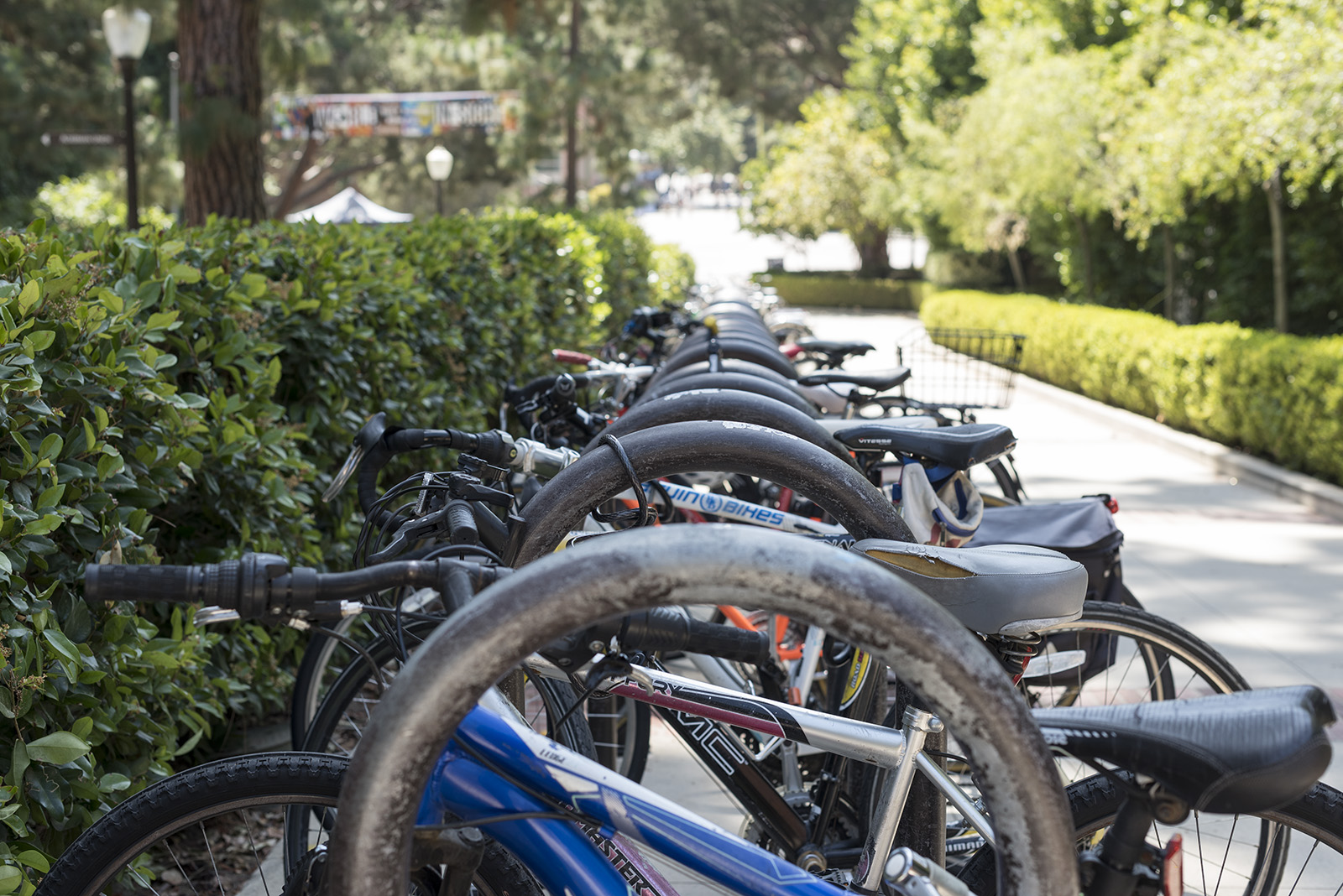 UCLA’s campus is not known for being bike-friendly.

While many other college campuses such as UC Santa Barbara and UC Davis overflow with bicyclists, UCLA students might only see one or two bicyclists going down Bruin Walk each day. The valley between campus and the Hill, the abundance of stairs and lack of bike lanes make biking to class a huge inconvenience.

Despite the few bicyclists on campus, many receive citations from UCPD for violating California state bicycle code. UCLA spokesperson Brian Haas said the California Department of Motor Vehicles prints and distributes information about the California Vehicle Code for bikes. He added that students’ most frequent violation is not stopping at stop signs on roads near and around campus and riding through red lights.

UCLA implemented a new online bike education program, BruinBikeSmart, for students to handle the deluge of citations. Although implementing BruinBikeSmart has the right intentions, it fails to address the root cause of why these citations occur in the first place: Cyclists are unaware of the bike code and the consequences for violating it until after they get a citation.

UCLA should implement a new bike education program that requires students who want to park their bikes on campus to go through a brief online course that informs them of the bike code on campus and in Westwood, and the consequences for violating it.

UCPD gives out between 25 and 30 citations per academic year for bike code violations, according to Haas. While that number might seem small, 25 to 30 citations is significant for a campus with so few bikers – especially because Haas said that many UCPD stops do not end in citations.

UCLA implemented BruinBikeSmart, a $75 safety training program, in October as an alternative to paying a citation fee of up to $300.

Students are simply unaware of the CVC, mostly because these rules are not well-advertised. Even though UCLA Transportation’s “Bike Safety, Regulations, and Resources” webpage briefly lists parts of the California bike codes, it does not list the potential consequences of violating these bike codes. This is concerning, especially considering that serious or unaddressed violations could go all the way to the LA Superior Court and permanently stay on a student’s record.

Considering the number of citations UCLA cyclists receive, UCLA should play an active role in bicycle safety education. After all, the university can’t hope students will consider safety a priority if the first time they learn about the bike codes is after they receive a citation from UCPD.

Instead, a pre-emptive approach, where students learn about bike codes and consequences for violating them before biking on campus, would make UCLA cyclists much safer.

Such a program would be similar to one for obtaining a parking permit, although much simpler. Upon completion of the online course, students should be able to obtain a permit from UCLA Transportation that they can attach to their bikes when they park them on campus. UCPD should be lax on the permit requirement during the first few weeks of each quarter so students who have just brought their bikes to campus have time to complete the course and get their permit.

Although such an online education program could potentially disincentivize students from biking on campus, UCLA should make student bikers aware of the rules before they violate the bike code in the interest of both bicyclist and pedestrian safety, especially because UCLA’s campus is not well set up for bicyclists. The course could also be brief and just educate students about the basic bike codes that apply to UCLA’s campus, such as stopping at stop signs and red lights and where students are allowed to bike.

Certainly, the number of citations stays about the same year-to-year, and it is difficult to determine if the BruinBikeSmart program is an unsustainable solution to reduce citations because it relies on students getting citations in the first place to educate them about the California bike codes. But the only way for the program to be successful is for lots of students to get citations, which is dangerous for cyclists’ and pedestrians’ safety. Thus, BruinBikeSmart will always just be playing catch-up instead of actually educating students about the bike code before they commit a violation.

While students often joke about hoping a car will hit them to pay for their college tuition, they should at least be aware of the consequences if they want to play a game with the devil and bike through red lights.