Taken for Grant-ed: Decent success does not make up for lack of NCAA championships 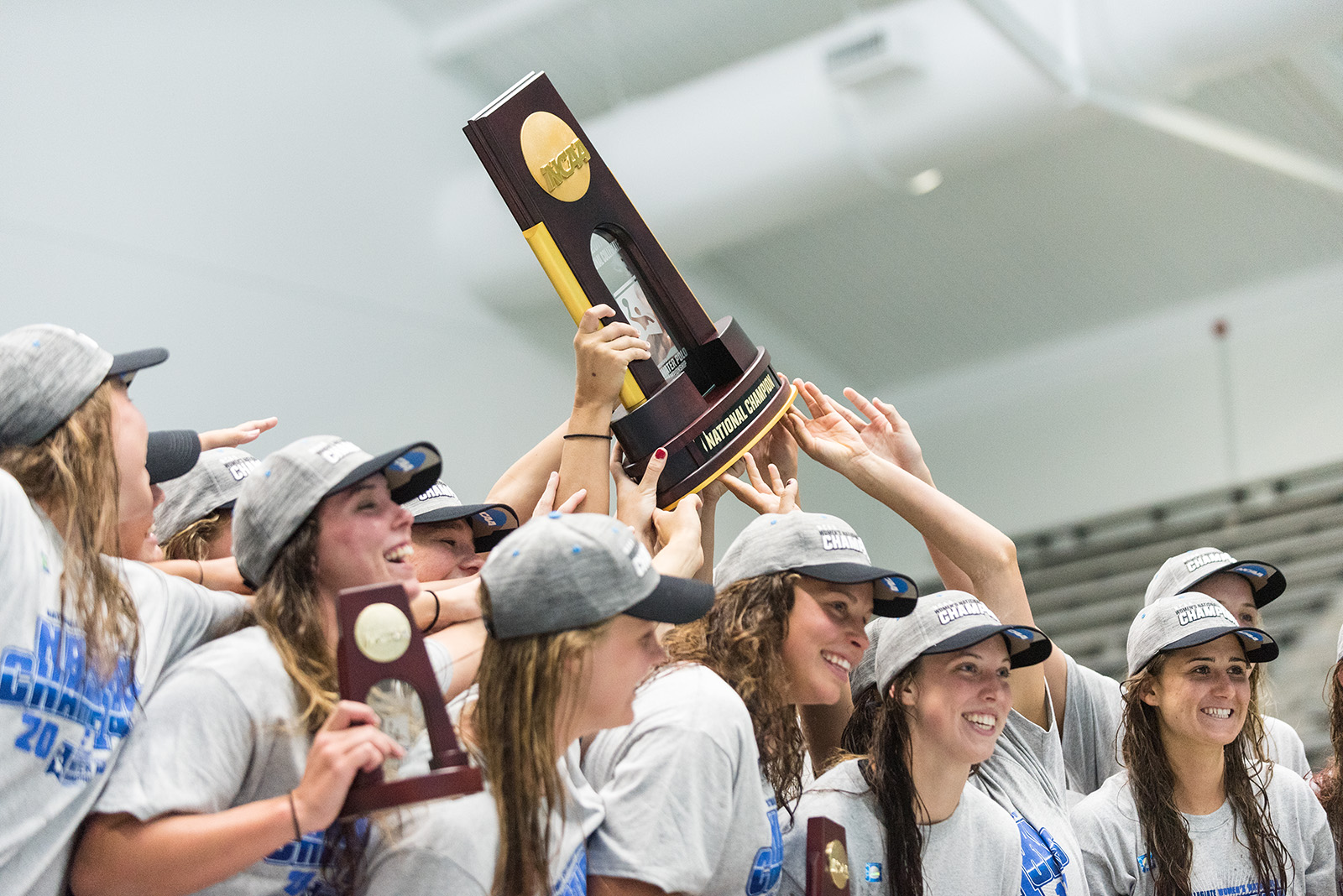 The closest UCLA got to a national championship this year thus far was its women’s water polo team’s close loss to Stanford in the final minute. The Bruins were able to tie the game up with 51 seconds left but were unable to stay in the match after an intercepted pass gave possession to the Cardinal with only seconds left on the clock. (Amy Dixon/Daily Bruin)

Yes, it’s been an overall disappointing year in sports, starting with the rather dismal performance of our football team. Yes, UCLA has not won a single NCAA championship this season. Yes, Stanford has now caught up to us in total championships and UCLA can no longer say it is No. 1 with 113.

But the situation may not be as dire as it seems.

Out of the 23 teams that UCLA fields for NCAA competition, 19 of them made it to the NCAA playoffs or championship meets. The Bruins still have a plethora of good – some great – teams.

Out of those 19, two sports really stood out: women’s water polo, which fell to Stanford in the final minute of the championship match, and gymnastics, which notched a fourth-place finish at the Super Six, its final round of NCAA playoff competition.

And many other teams made it deep into the playoffs. Men’s water polo appeared in the semifinals, both men’s tennis and women’s volleyball made it to the quarterfinals, the track and field program is sending the most athletes to nationals since 2004, the softball squad is currently in the Women’s College World Series and both men’s and women’s basketball programs pushed their ways to their respective Sweet 16s.

And even teams like men’s volleyball, which failed to make it to the playoffs in an injury-ravaged season, still remained highly competitive all throughout its year.

Obviously, one wants to be the best. But UCLA fans have really been spoiled with championships. With 113, only two other teams come close – Stanford recently tying that high-water mark and USC with 104.

The fourth-best school? Oklahoma State, with 51. And Cowboys and Cowgirls have to live in Oklahoma (apologies to my Oklahoma friends, but I enjoy Hawai’i).

The Bruins are still cruising in the stratosphere compared to the rest of the country.

And even though this may be a lazy man’s explanation, one could argue that this was just not UCLA’s year in sports.

During Athletic Director Dan Guerrero’s tenure, UCLA has won 27 NCAA championships – the most in the nation during that time span.

It also has 12 top-seven finishes in the Learfield Directors’ Cup, which is given to the nation’s top athletic programs, during Guerrero’s 14 full academic years.

All that being said, even if it was an off year, not winning a single championship is simply unacceptable for a school that used to pride itself on being “No. 1 in NCAA championships” and billing itself as a powerhouse in the conference of champions.

It’s all talk but little walk.

And as a true Dodgers fan, I will maintain my year-in, year-out motto, in regard to UCLA, of “maybe next year.”