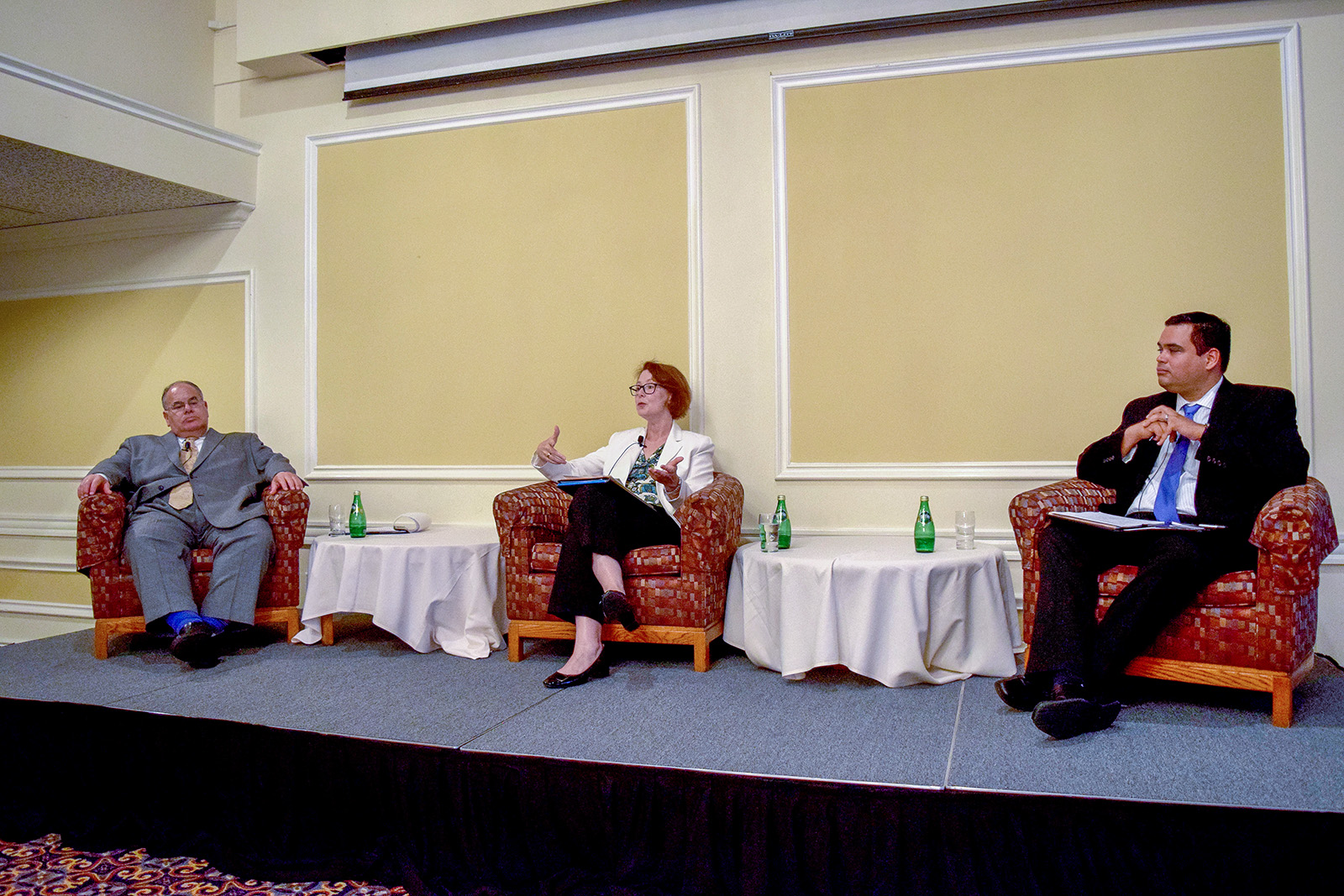 The proposed budget request would cut the Department of Education’s discretionary spending by $9.2 billion or 13.5 percent, impacting student aid and financial loans as well as research grants.

UCLA’s federal advocacy program held a briefing on the federal budget Tuesday evening, covering the congressional appropriations process and discussing ways to advocate against the budget.

Francisco Carrillo, executive director of UCLA Federal Government Relations who spoke at the event, said the new federal budget, if approved, would have a big impact on students.

The budget proposal cuts Federal Work-Study by about 50 percent, from $990 million to $500 million. The budget would also eliminate all subsidized student loans, a cut of $39 billion over the next 10 years, and eliminate the Public Service Loan Forgiveness Program, cutting $27 billion over 10 years.

However, the budget proposal also plans to fund the year-round Pell Grant, which will allow recipients, mostly low-income students, to receive grants in the summer.

“(While) the Pell Grants will be extended year round, the purchasing power of Pell may decline in the future years because of the fact that the administration is not taking into account inflation,” Carrillo said.

He added the budget would also cut research funding, affecting institutes like the National Science Foundation, National Institutes of Health and the Department of Energy Offices of Science.

“Our campus’s schools and departments rely on federal research grants to fund research programs and the education they provide, (so it’s a) big concern for faculty as well as students if these federal funds are cut,” Carrillo said.

Some students said they are worried the cuts made in the budget may affect them personally.

“I interned at the (Environmental Protection Agency), and that has very major cuts being made in the budget,” Pastor said.

Raquel Hernandez-Solis, a graduate student in molecular biology, said she is concerned about the proposed budget because her salary depends on a federal grant.

University of California President Janet Napolitano released a statement May 23 saying she is concerned with the budget’s cuts to education and research, but she noted Congress still has to pass the budget.

“This is just the initial budget request of the (Trump) administration, and Congress is going to deliberate and pursue their own funding priorities that may not align with this administration,” Carrillo said.

Carrillo added it is important for students to get involved in advocating for higher education funding.

“We can make an impact in terms of how we advocate Washington and how we tell our story about the importance of federal investments in higher education,” Carrillo said.

Carrillo added students and faculty can push for more federal funding by partnering with other universities, nonprofits and private industry.

“We are going to have to advocate our California delegation and key members of Congress that support the various agencies that are important to our campus because of the grant programs that they fund,” Carrillo said.