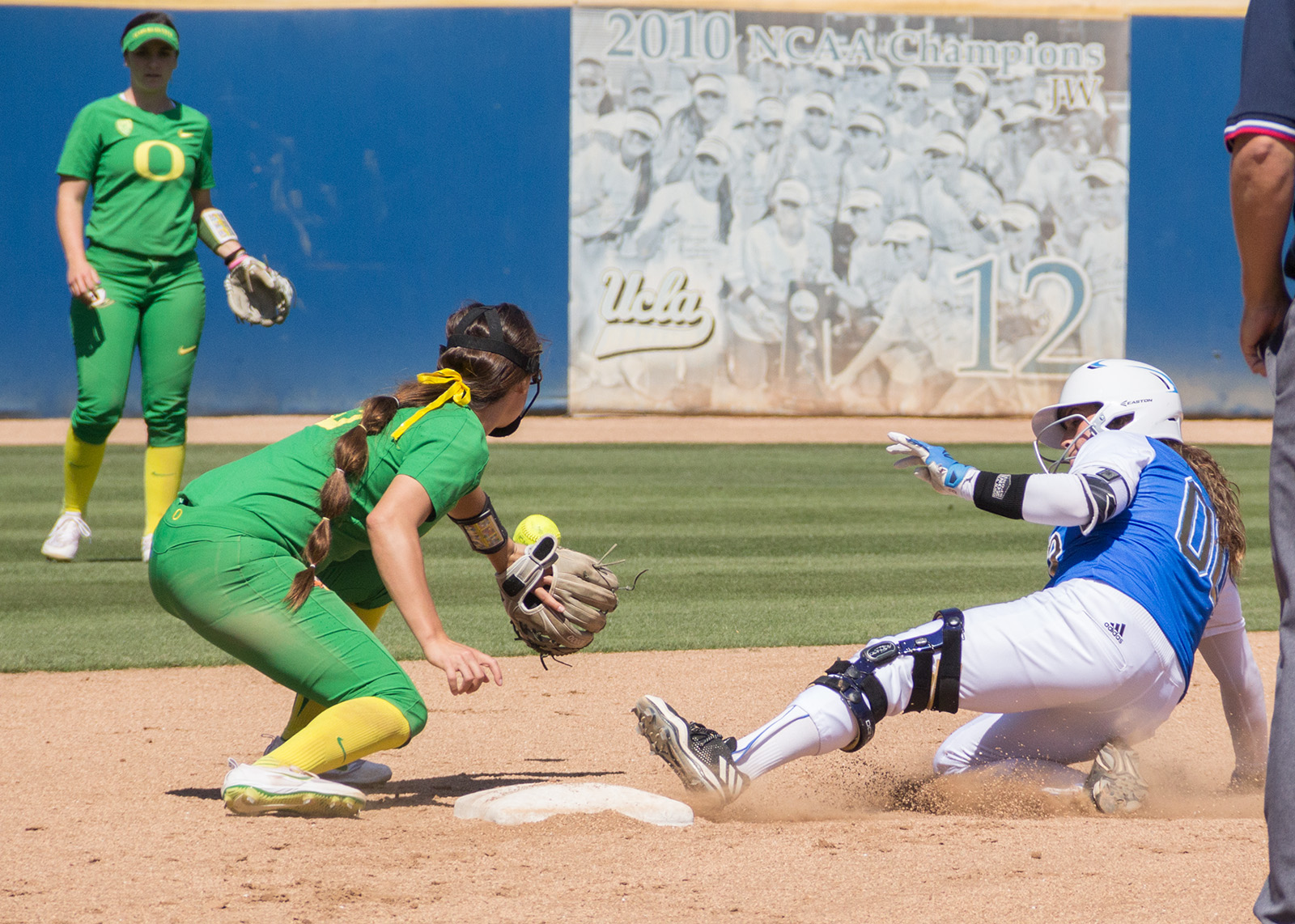 No. 3 seed Oregon softball will take on No. 6 seed Washington in the double elimination round of the Women’s College World Series. Oregon and Washington are two of the three Pac-12 teams in the tournament with the other being No. 5 seed UCLA. (Amy Dixon/Daily Bruin)

By Grant Sugimura and Nicholas Yekikian

With the NCAA Division I Baseball Championship bracket having been announced, two Pac-12 teams find themselves in the top eight seeds.

The top spot went to Oregon State while Stanford bookended with a No. 8 seeding.

Along with these top squads, two other Pac-12 schools made it to the playoffs in Arizona and UCLA.

“It’s a physical league. Pitchers have good stuff. Hitters have power. Guys can run. It’s some of the best baseball in the country at the Division I level. So there’s tough cities,” said coach John Savage. “We’re 10-5 in conference on the road. We’re 9-6 at home. So we’ve really played just as well on the road as we’ve played at home. You look at Stanford, they’re 40-14 and we won two games there. Right now that looks like a pretty impressive weekend.”

The Pac-12 will be sending three squads to the 2017 Women’s College World Series as Washington, UCLA and Oregon all advance.

However, two teams will be heading home after their Super Regionals as Arizona fell to Baylor and Utah was downed by Washington.

The Huskies had scored a total of 31 runs in the previous two games but only scratched away a 2-1 victory over the Utes. They would take the series 2-1.

This will be the 12th Women’s College World Series appearance for Washington in program history.

Oregon, meanwhile, made quick work of Kentucky, sweeping it in two games to advance to the world series.

Over the weekend the University of Texas at Austin hosted the NCAA Division I Outdoor Track and Field West Preliminary Round.

A total of 39 Pac-12 athletes qualified for the championship round over the weekend.

Eleven Trojans from USC qualified over the weekend withKendall Ellis leading the way as she broke her school record in the 400-meter with a time of 50.45 seconds.

Oregon’s freshman Makenzie Dunmore was right behind Ellis, coming in third in the 400-meter at 51.75.

The Ducks matched the Trojans and had 11 athletes qualify for the NCAAs over the weekend.

Its 4×100-meter team was one of the three teams entered in the event that finished below 39 seconds.