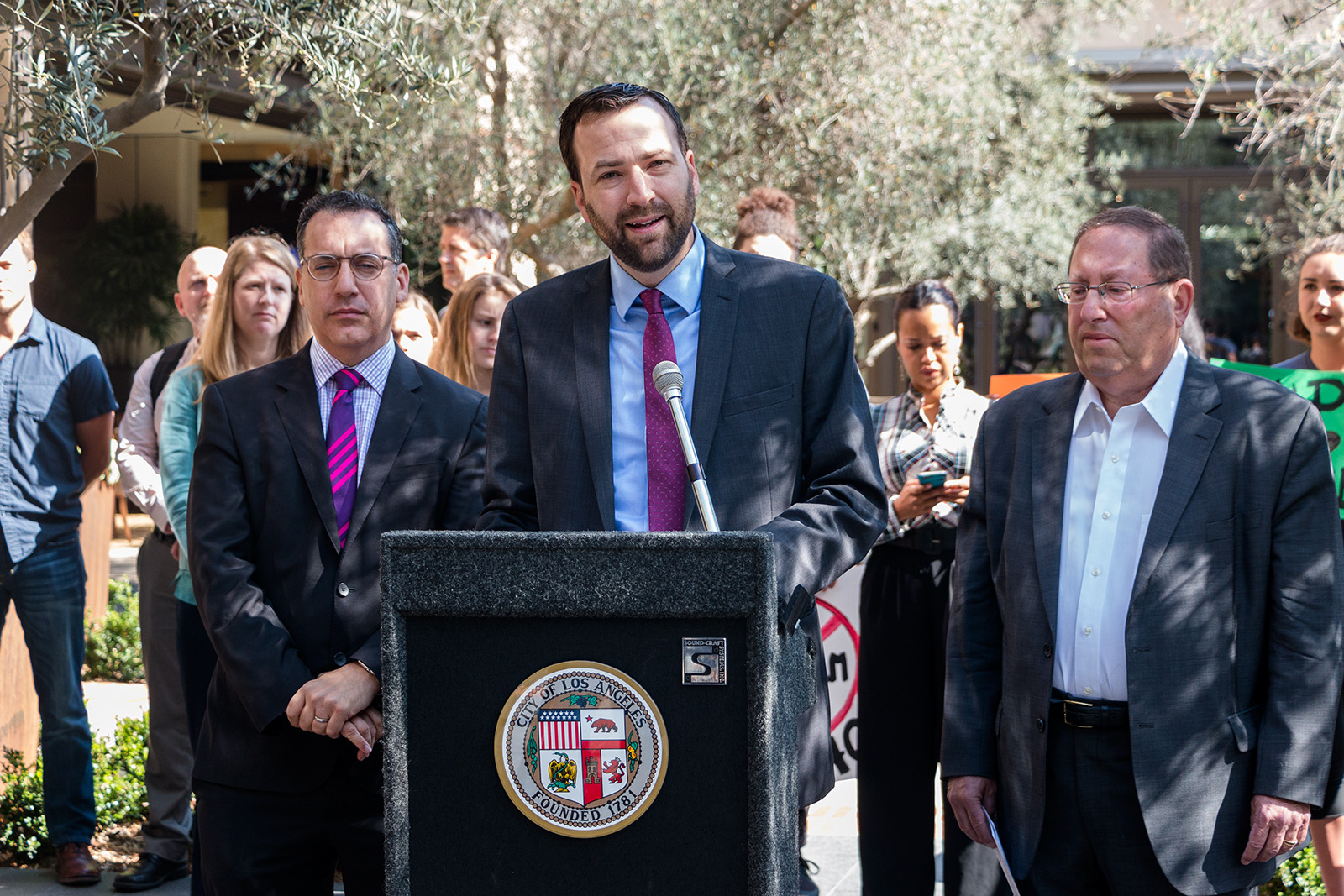 State and local leaders announced Monday a bill that would ban polystyrene food containers, such as styrofoam cups, in California by 2020.

Allen said he wanted to introduce this bill at UCLA to highlight the fact that a major institution like UCLA could make the change with positive results. UCLA eliminated polystyrene containers from its campus dining facilities in 2009 as part of a plan to have zero waste to landfill by 2020.

“Food packaging made from polystyrene not only has negative effects on our environment and public health, but also ends up costing our cities and counties millions of dollars in cleanup costs,” Allen said.

He said polystyrene contains toxins known to cause cancer, which can migrate from containers into food. He added because polystyrene is not degradable, its particles end up in the ocean and harm marine life.

Bonny Bentzin, UCLA deputy chief sustainability officer, said UCLA must focus on reducing waste and diverting it to compost or recycling centers to meet its zero waste goal by 2020.

Jamie Kennerk, the chapter chair of California Public Interest Research Group and a second-year political science student, said she grew up in Fremont, California, which banned polystyrene when she was a child.

“I never missed (polystyrene) at all, I’m just really glad we don’t have these cups anymore,” Kennerk said. “It was such a simple life change, and it’s economically sound, so I think it is important that this bill gets pushed through.”

She added CALPIRG worked for eight years to pass a statewide ban on plastic bags, which passed in November. She also said she thinks the ban on polystyrene is the next step toward cleaning up the oceans.

SB 705 passed the State Senate Environmental Quality Committee in April and the Senate Appropriations Committee will discuss the bill Thursday.