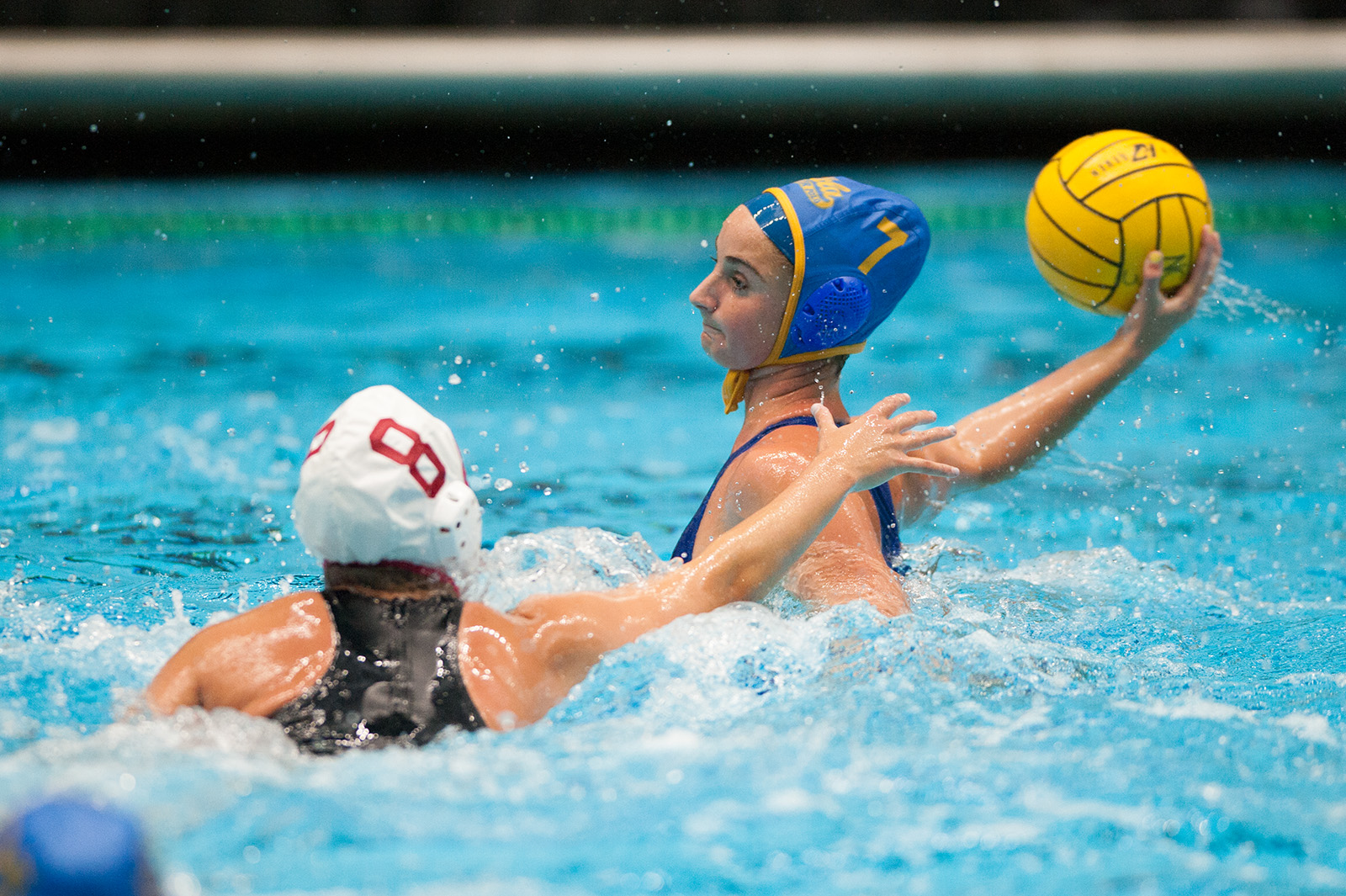 Freshman attacker Maddie Musselman’s record freshman season ended at the NCAA championships over the past weekend. Among a number of other things, she officially became the first freshman in UCLA history to lead the women’s water polo team in goals. (Amy Dixon/Daily Bruin)

Only five people in UCLA women’s water polo history had scored more than 65 goals in a single season coming into 2017.

Of those five, only one – redshirt senior attacker Rachel Fattal – had done it in her very first collegiate season, until this year.

Freshman attacker Maddie Musselman finished the season Sunday with 69 goals, joining an elite squad of Bruin alumni and setting the new program record for most goals in a freshman season.

She also officially became the first freshman in program history to lead the team in scoring.

“(Musselman) has brought pretty much everything to the table,” said coach Brandon Brooks. “She’s a great shooter and can score, she’s a great defender (and) she sees the game really well.”

Heading into the NCAA Tournament, however, she was still nine goals away from Fattal’s freshman scoring record.

To tie it, she needed to record a hat trick in every game at the NCAAs, assuming the team would win its first and semifinal round matchups.

Musselman not only did that, but in the semifinal game against California, posted a game-high four goals, eventually tying Stanford’s Maggie Steffens for the most goals in the tournament.

Until Steffens sent in the game-winning goal in the championship with nine seconds left, Musselman was actually ahead of the two-time Olympic MVP.

Even before her season ended in an 8-7 loss to the Cardinal, Musselman had already secured other records, including a conference-record seven Mountain Pacific Sports Federation Newcomer of the Week awards.

“The funny thing about all those accolades is that they’re almost a little embarrassing to her,” said Musselman’s Olympic teammate and former women’s senior national team member Courtney Mathewson. “That recognition is not something that she feels very comfortable with. But with her skill and ability, it kind of comes in the territory.”

Before the NCAAs, Musselman gave credit to the rest of the team for what she’s been able to contribute this year. Playing with the senior class – especially Fattal, redshirt senior attacker Kodi Hill and redshirt senior defender Alys Williams – helped her develop her leadership, among other things.

That leadership will come to be a more necessary factor over her next three years – the team graduated seven seniors this year.

Brooks said two weeks ago that he expects Musselman will continue to play a large number of minutes throughout her career at UCLA. What remains to be seen is just whether or not they will yield similar results.